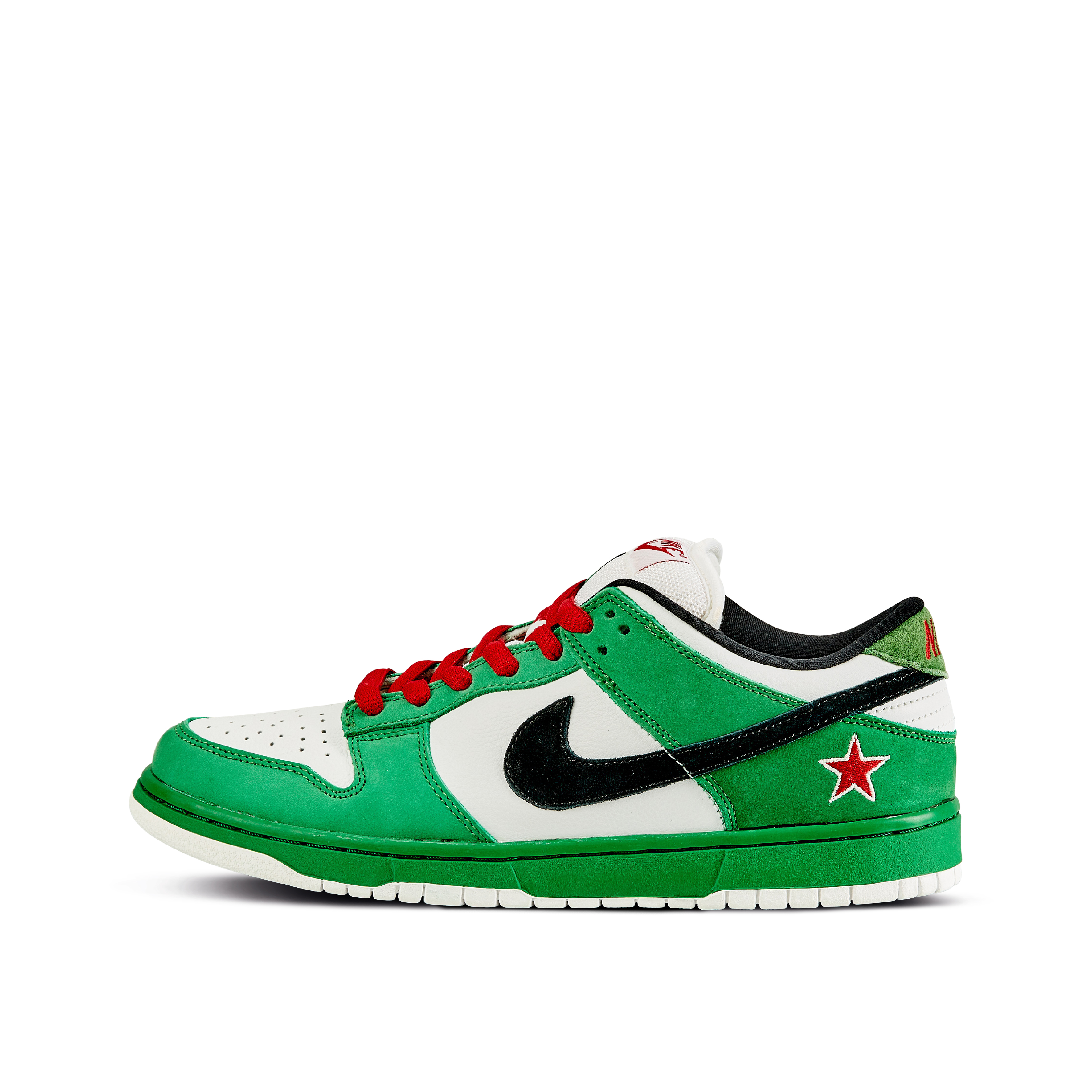 Nicknamed and themed after the Dutch beer company, the ‘Heineken’ SB was not an official collaboration. Due to alleged legal issues between Nike SB and Heineken, the production of these pairs was halted and the colorway never saw a wide release, despite major fanfare for the Dunk in 2003.

The design features green suede paneling over a white leather upper and a black Swoosh. Red accents are found on the laces and heel tab and a red star is featured on the lateral heel, making the pair instantly identifiable.

Since the shoe was never released on a wide scale, pairs are extremely limited. Their backstory has catapulted them to grail status for many collectors.