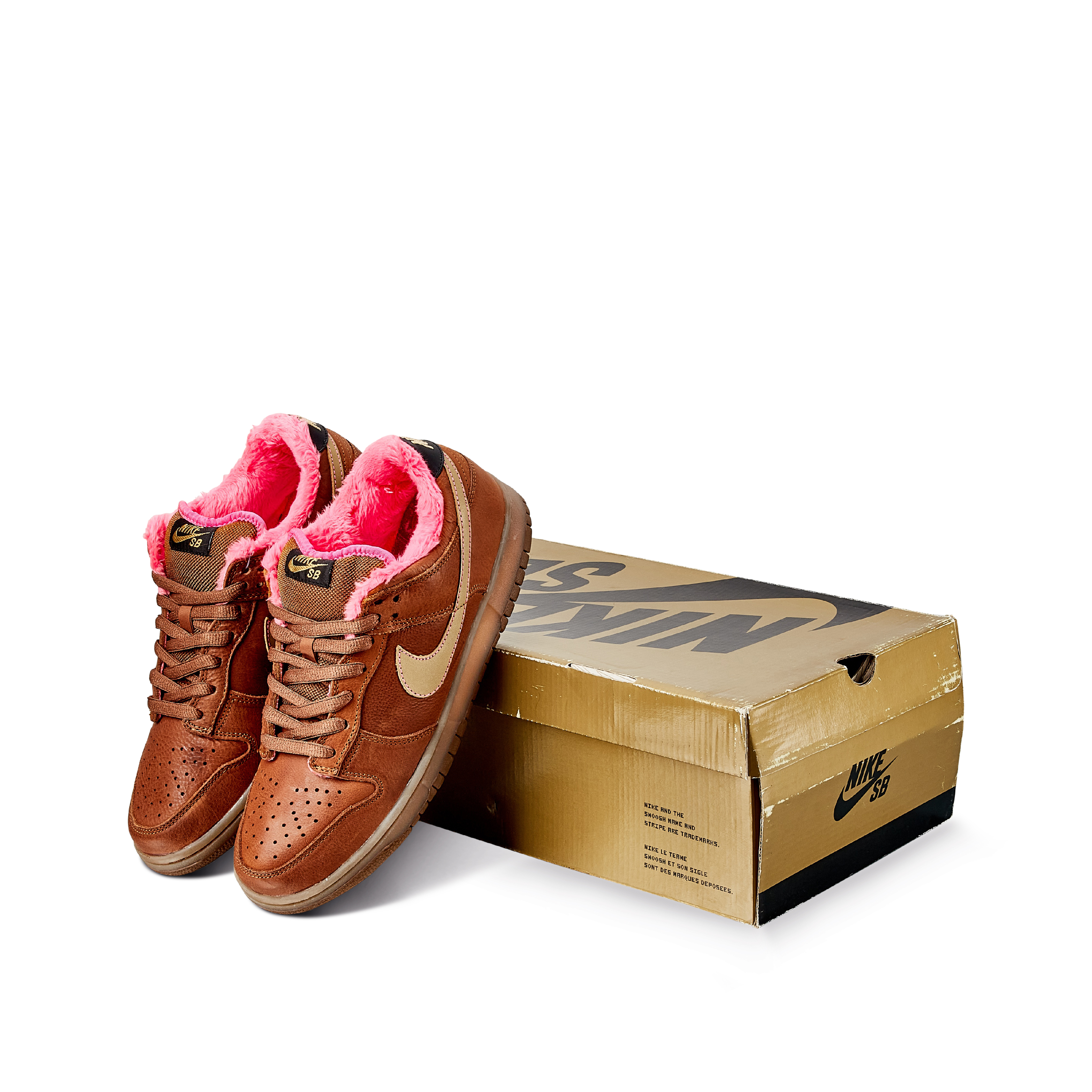 This Nike SB design takes inspiration from the famous American instrument manufacturer Gibson - well known for their guitars. However, this Dunk is not modeled not after the Gibson guitar, but more interestingly, the guitar case.

The upper is brown leather and vivid pink faux fur lines the inside of the shoe, similar to the interior protective lining of a guitar case. Completing the design are special insoles featuring the graphics of dollar bills and change - a nod to buskers, who play and collect payment in their guitar cases