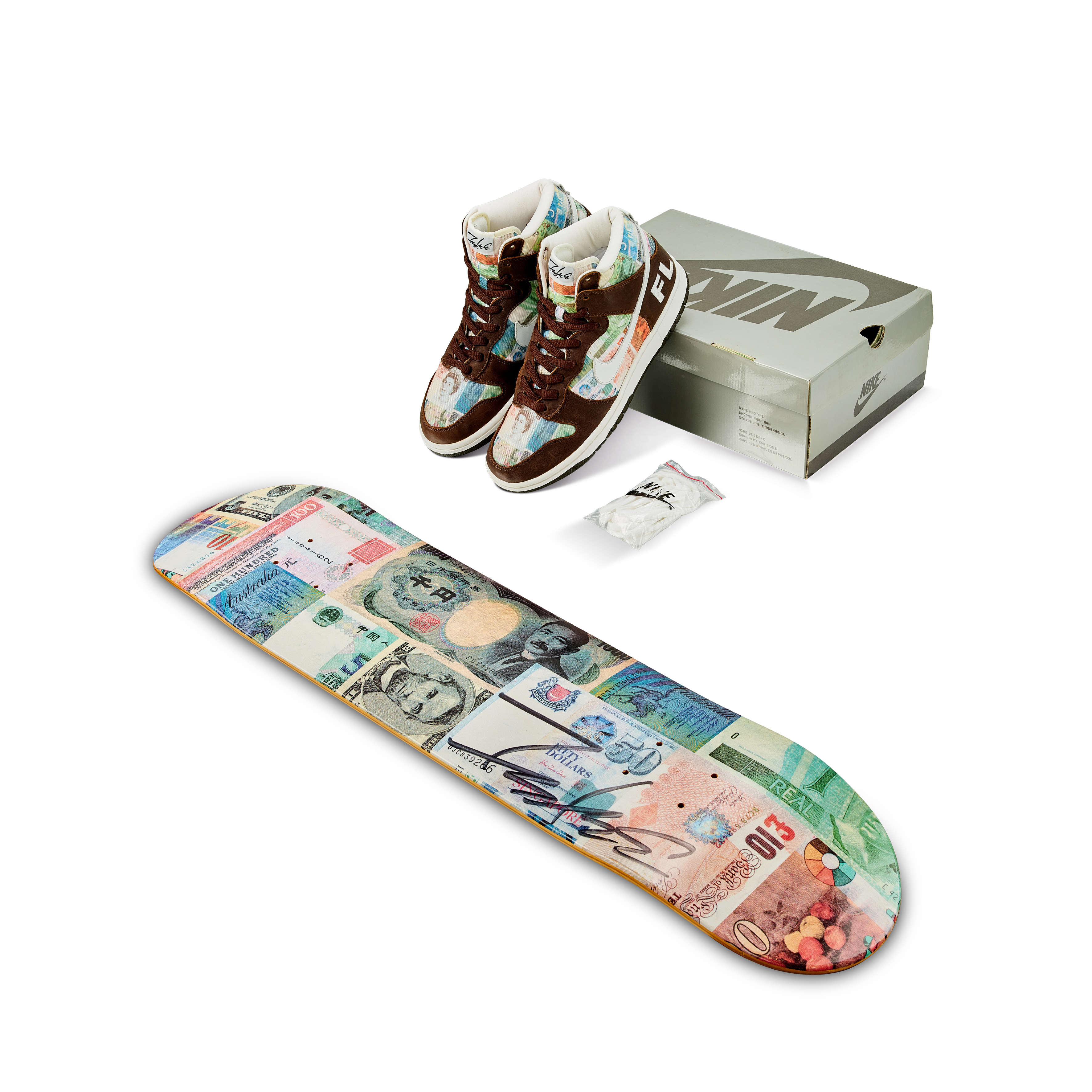 The sneakers are in deadstock condition with their original box. The skateboard deck is in unused condition.

Brooklyn local Leonard Hilton McGurr, known as Futura, is one of the founding fathers of the graffiti movement in New York City. Futura started his career in the 1970s, tagging subway walls as ‘Futura 2000’ a nod to his favorite film 2001: A Space Odyssey. Futura belongs to a notable group of artists that came out of New York City during this period, including Jean-Michel Basquiat, Keith Haring and Dondi White, all of whom exhibited at The Fun Gallery in the 1980s. Futura is an admired illustrator, photographer and fashion designer whose art touches many different spheres of public life.

Perhaps Futura’s most important contribution to graffiti art was the way he abstracted it, often blending text and imagery. His influence extends far beyond street art: Futura would go on to collaborate with the seminal punk band The Clash, creating live works during their concerts and also designing their album art. Futura’s work can be found in the collections of the Musée de Vire, the Museum of the City of New York and the Museo de Arte Moderna di Bologna.

This particular work, ‘FLOM,’ an acronym meaning "For Love or Money," encompasses a pattern that was created from different denominations of printed money. Only 24 of the works were made. Most were distributed to friends and family, making this lot incredibly difficult to find and among the most coveted examples desired by collectors worldwide.

The pair comes in a signed shoe box, with a matching skateboard deck also signed by Futura. This lot is accompanied by a letter from James Spence Authentication in regards to the signatures.