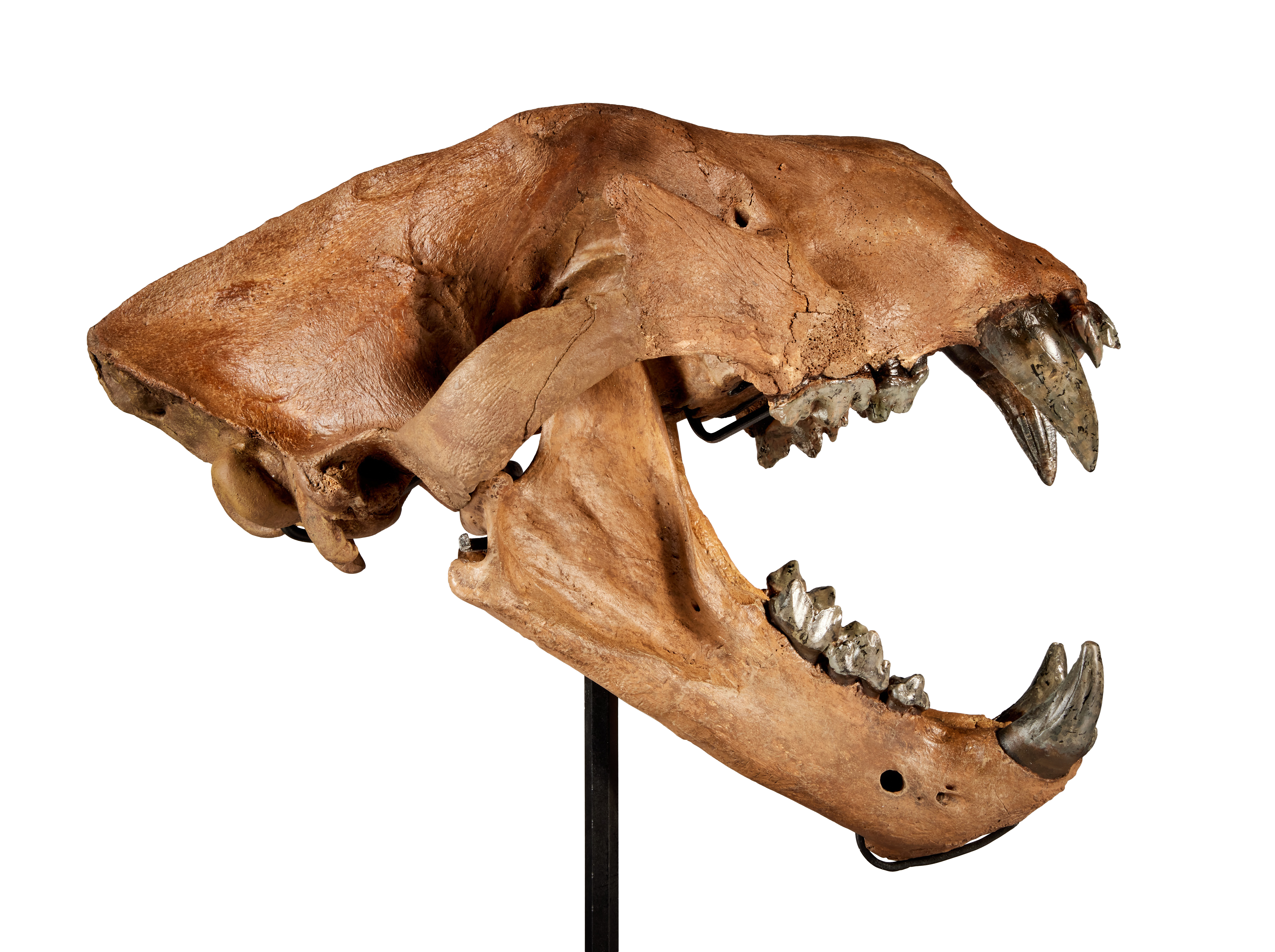 A fossilized American Lion skull and mandible fossil attractively restored with incomplete sections accurately reconstructed. The front edge of the nose bones (nasals), back of lower jaw (ascending ramus), back of skull (occipital area), both ear bones (bullae), and right cheekbone (zygomatic arch) are reconstructed and restored, otherwise the skull and mandible are intact and close to complete. Two canines are intact, with the rest of the dentition exhibiting minor restoration and conservation work. The skull is mounted with jaws open, sitting atop a custom metal display stand.

Panthera atrox was one of the largest cats to ever exist, stalking the American continents for over 300,000 years before its extinction during the last Ice Age. Measuring nearly 8 feet (2.4 meters) from nose to tail and weighing over 900 pounds (408 kg), Panthera atrox exhibited overall body proportions both more robust and approx. 25% larger than today's African lions.

Specifically, the robust Panthera atrox specimen offered here was unearthed in a Pleistocene deposit in southern Iowa alongside the remains of mammoth, elk-moose, bison, and the American cheetah, adding to the intrigue of a fossil suitable for both exhibit and research.