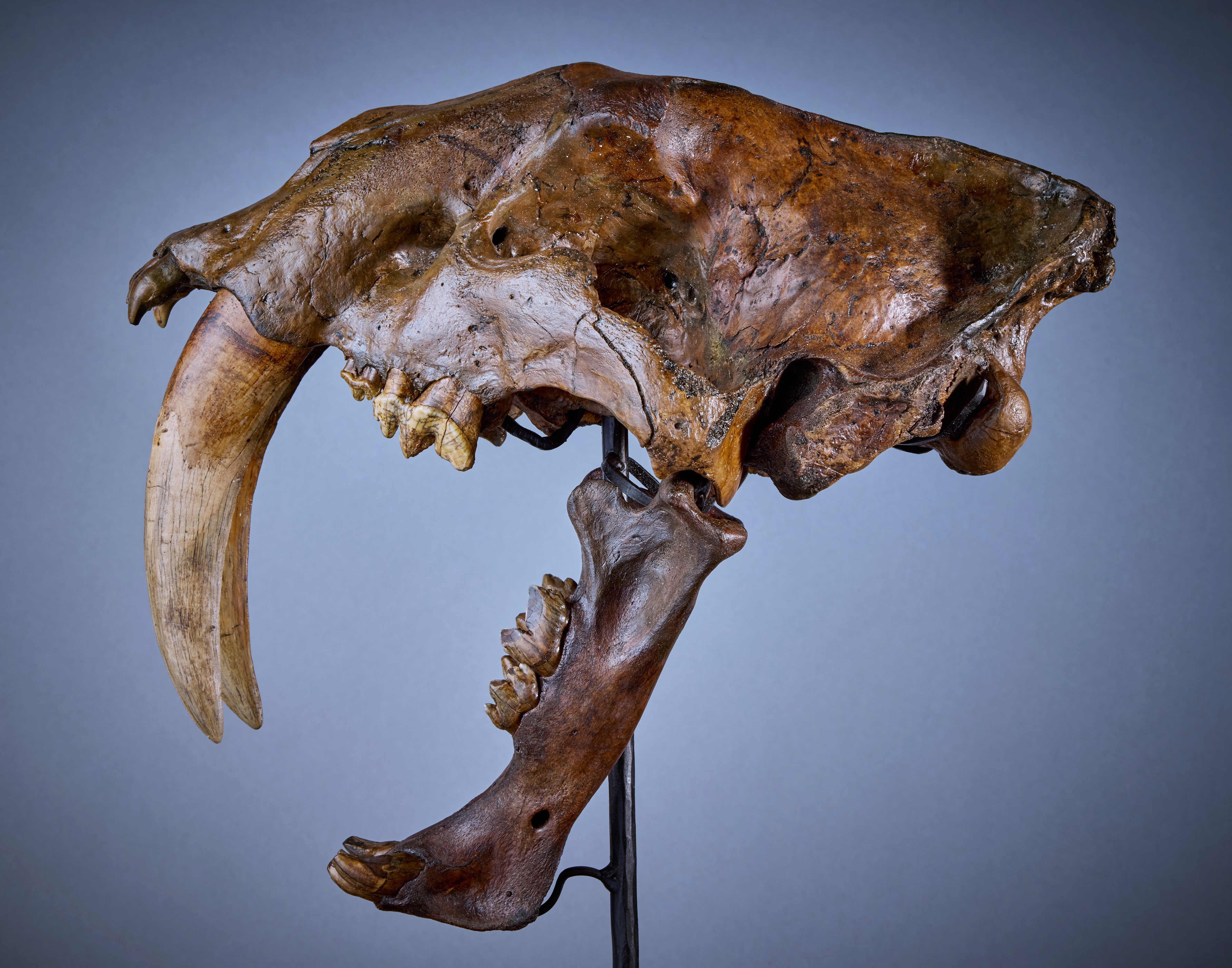 Adult Smilodon skull and mandible prepared with incomplete and missing elements accurately reconstructed. The canines are mostly complete and intact, as are the rest of the dentition with minor restoration and conservation work. The skull is mounted with jaws agape atop a piece of fossil asphalt material exhibiting exposed extinct bison (Bison antiquus) bones. Specimen is secured on a custom metal armature and wooden stand under a glass cover.

Amongst the most famous prehistoric animals of all-time, Smilodon is easily the best-known of the Machairodontinae felids, more commonly referred to as "saber-toothed tigers". Smilodon, however, was not closely related to modern tigers, but an advanced predator that evolved remarkable killing adaptations not seen in any living feline species. The most distinctive feature in the skull of Smilodon was its elongated, dagger-like upper canines, used to stab and rip open prey. The body of the saber-toothed cat skull offered here was roughly the size of an extant African lion, but more robust, with powerful, well-built forelimbs used to subdue struggling prey.

Smilodon roamed the American continents for approx. 2.5 million years before becoming extinct at the end of the last Ice Age, approx. 10,000 years ago. The adult Smilodon whose skull is offered here met its demise approx. 35,000 years ago in the now fossil-rich deposits of Rancho La Brea in Los Angeles, California. This world-renowned site has yielded the remains of numerous other species, including extinct camels, ground sloths, dire wolves, armadillos, condors, mammoths, bison, and more, with this bounty of fossilized biodiversity essentially bringing to life an ancient, teeming American ecosystem. This superb Smilodon fatalis skull—mounted over the bones of the extinct Bison antiquus—is a stark reminder of the awesome power of one of the largest cats to ever exist, and the perilously thin line between life and death at the most famous Pleistocene fossil locality in the world.