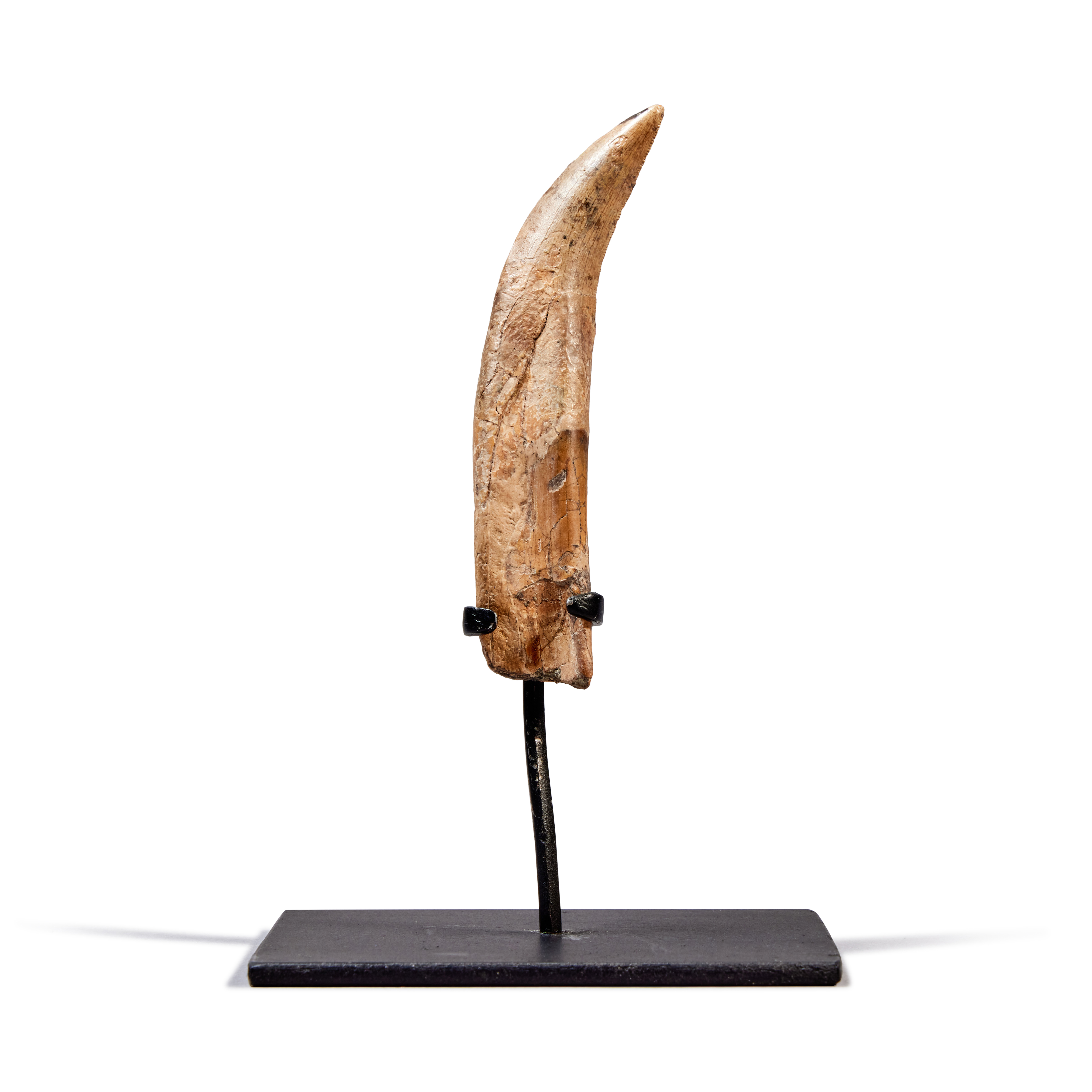 Complete with crown and root, displaying serrations on both the anterior and posterior edges. Accompanied by a custom display stand.

Characteristic of all tyrannosaurid dinosaurs, Nanotyrannus was a bipedal carnivore with dozens of robust teeth featuring thick enameled crowns and serrations on two different edges like double-sided steak knives.

Perhaps most interesting, however, is the hotly-debated, questionably dubious genus of this "dwarf tyrant".

Though obviously a smaller carnivore, Nanotyrannus lived in the same place, at the same time, as Tyrannosaurus rex. But in contrast to T. rex, the teeth of Nanotyrannus are comparatively slender, laterally compressed, and terminate in a more pointed tip. This morphological variability in dentition between the two (potentially) different species is interpreted by some paleontologists as a reflection of ontogenetic growth changes, and are thus not worthy of a new taxonomic distinction. Until the discovery of larger specimens—or the unearthing of smaller, juvenile T. rex—both Nanotyrannus' individuality and its phyletic relationship to Tyrannosaurus rex will remain controversial.