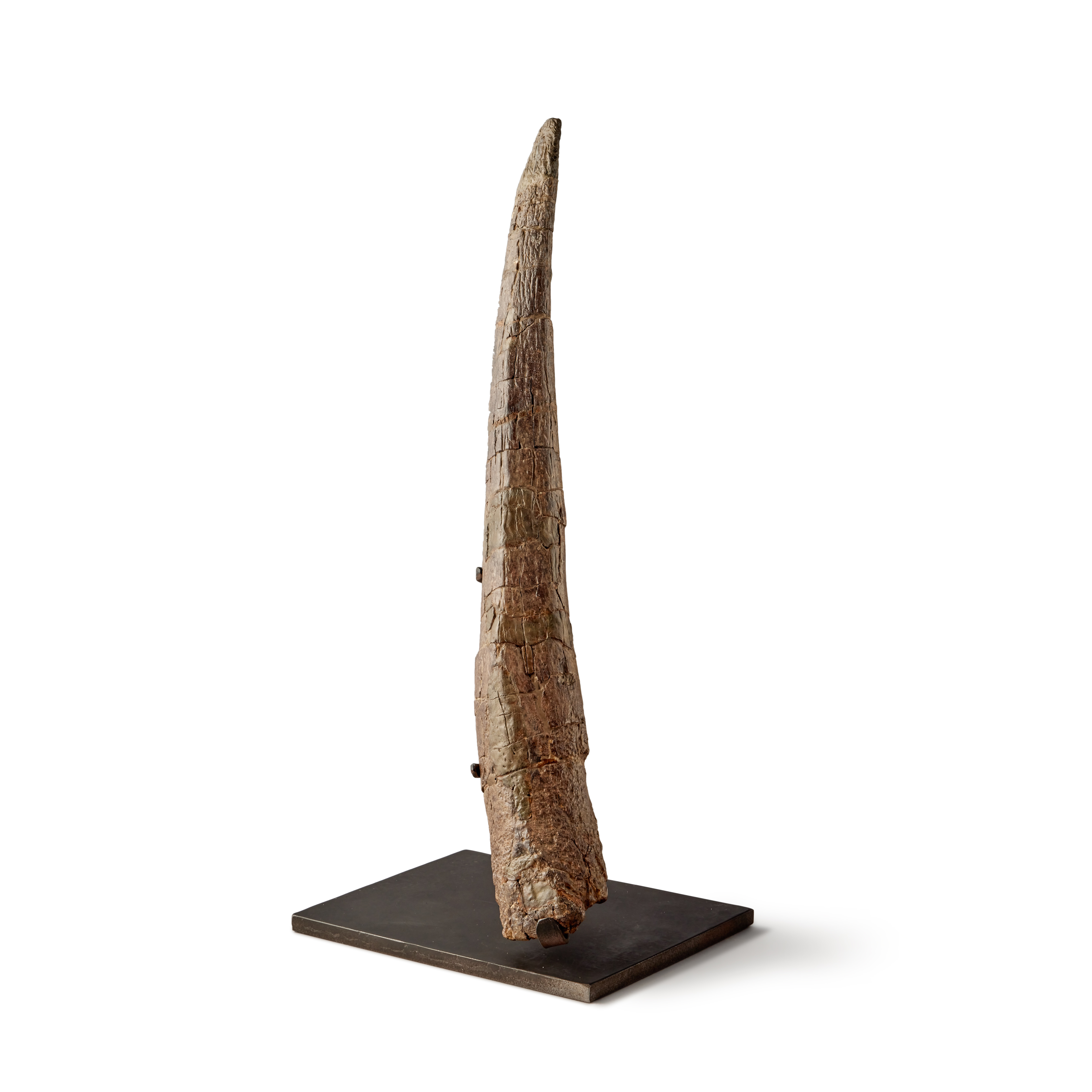 A fully-grown Stegosaurus grew to lengths of 30 feet (9 meters), and had four meter-long spikes extending transversely from the end of its tail. Stegosaurus most likely used these as defense mechanisms against would-be attackers like Allosaurus, as evidenced by a deep puncture wound found in a fossilized Allosaurus pelvis. The size and shape of the hole in its pubis bone perfectly matches that of a Stegosaurian thagomizer*, with the bacterial infection that followed being severe enough to kill the Allosaurus.

Subsequently made popular by toy models and Hollywood films, Stegosaurus was first discovered in Colorado in 1937. Stegosaurus is now their official state dinosaur, with the original fossilized skeleton currently on display that the Denver Museum of Nature & Science.

*In 1982, a Far Side cartoon by Gary Larson depicted a caveman named Thag Simmons meeting his demise via the strike of a stegosaur tail spike. Subsequently, the paleontological community has colloquially used the term “thagomizer” to describe the tail spikes found on all Stegosaurian dinosaurs.