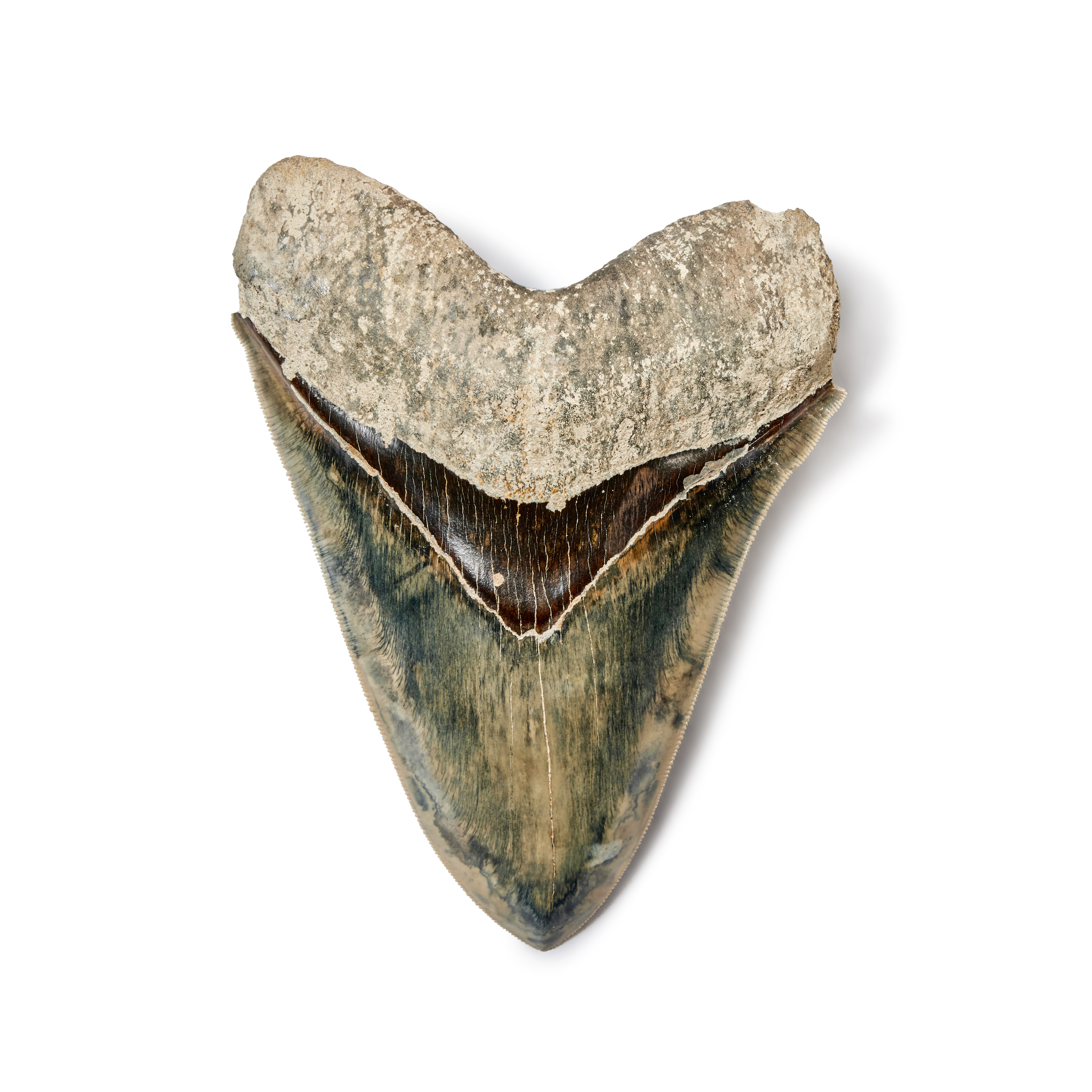 An excellently preserved, complete, black and gray tooth from an anterior upper jaw position. Both the tip and the serrations on the cutting edges are sharp and display little to no wear. The folds on the base of the crown are intact. Accompanied by a custom metal stand.

Otodus megalodon (formerly known as Carcharodon megalodon) was a giant prehistoric shark which roamed the open seas, armed with huge, serrated, razor-sharp teeth. The largest predatory shark to have ever lived, Otodus megalodon was up to three times the size of its closest living relative, the modern great white shark. Because estimates are based solely on teeth and fragmentary vertebral remains, upper size limits of this apex carnivore range from 40 to 60 feet (12 to 18 meters) in length, with estimated weights ranging between 20 and 60 tons.

Regardless of exact bodily dimensions, Otodus megalodon ranks amongst the largest predators to ever grace the face of the Earth. With a name meaning "big tooth" and a bite force more than double that of a Tyrannosaurus rex, it's no wonder that Otodus megalodon is considered the greatest predatory fish of all time.