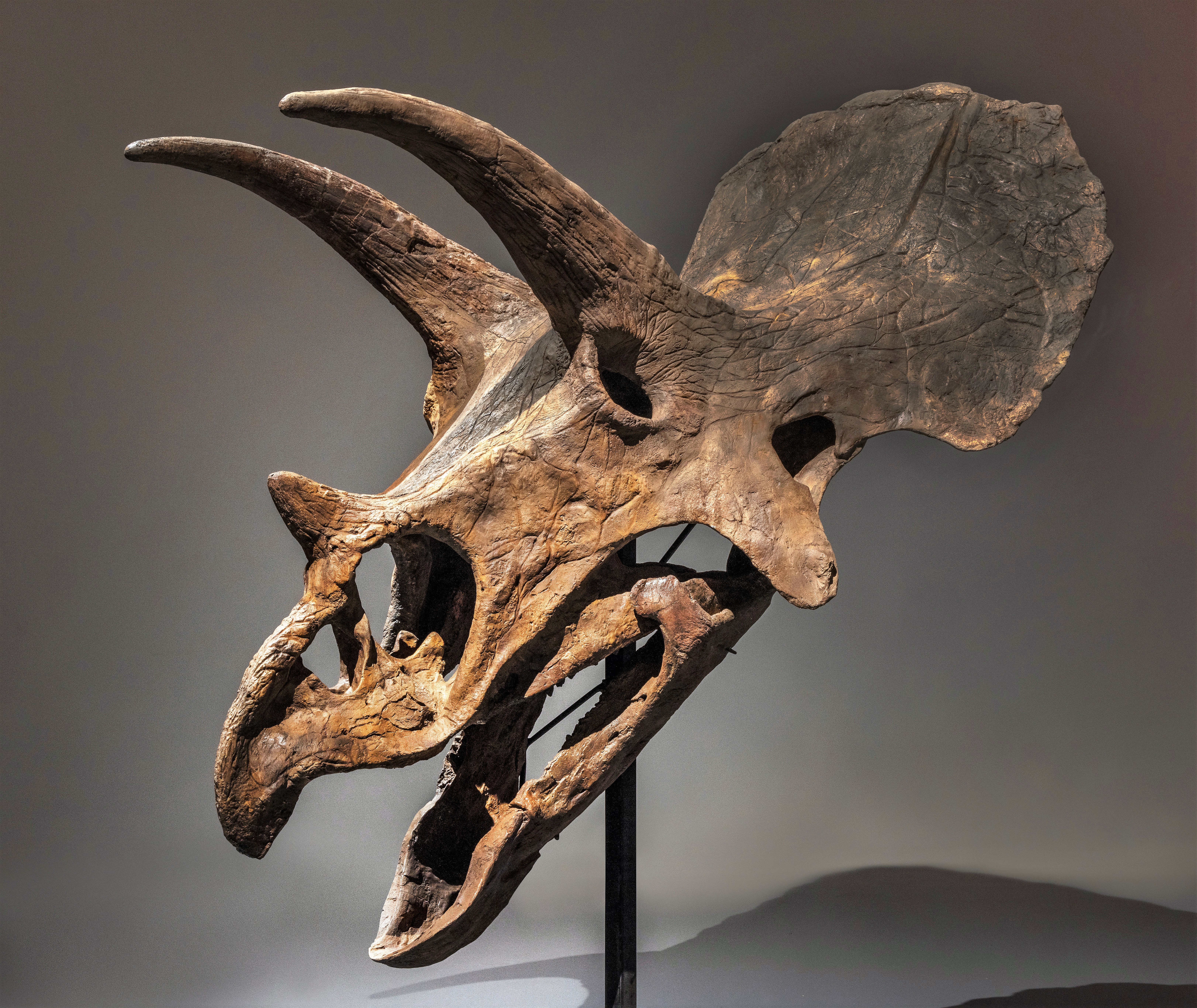 The herbivorous Triceratops (meaning "three-horned face") is undoubtedly one of the world's best-known and most popular dinosaurs, due in great part to their distinctive bony frills, keratinous beaks, and three-horned skulls. Fearsome in appearance, their horns were long-considered to serve a primarily defensive function, though recent speculation suggests that the horns may have also or instead been used in intraspecific courtship and/or dominance displays.

The large bony collar at the rear of the Triceratops skull functioned as a shield, protecting the neck and shoulders from attack by large predators, such as Tyrannosaurus rex, which lived in the same region at the same time. Based on pathologies found in numerous fossils, it is now known that these two iconic dinosaurs engaged in frequent battle, as has often been represented in dinosaur media.

This particular species of Triceratops was first discovered in Wyoming by John Bell Hatcher in 1886, and belongs to the Ceratopsidae family, characterized by beaks, rows of shearing teeth in the back of the jaw, elaborate nasal horns, and a bony shelf that extends back and up into a frill. Ceratopsids belong to the larger Ornithischian order, which includes all dinosaurs with "bird-like" hips and beak-like predentary structures.