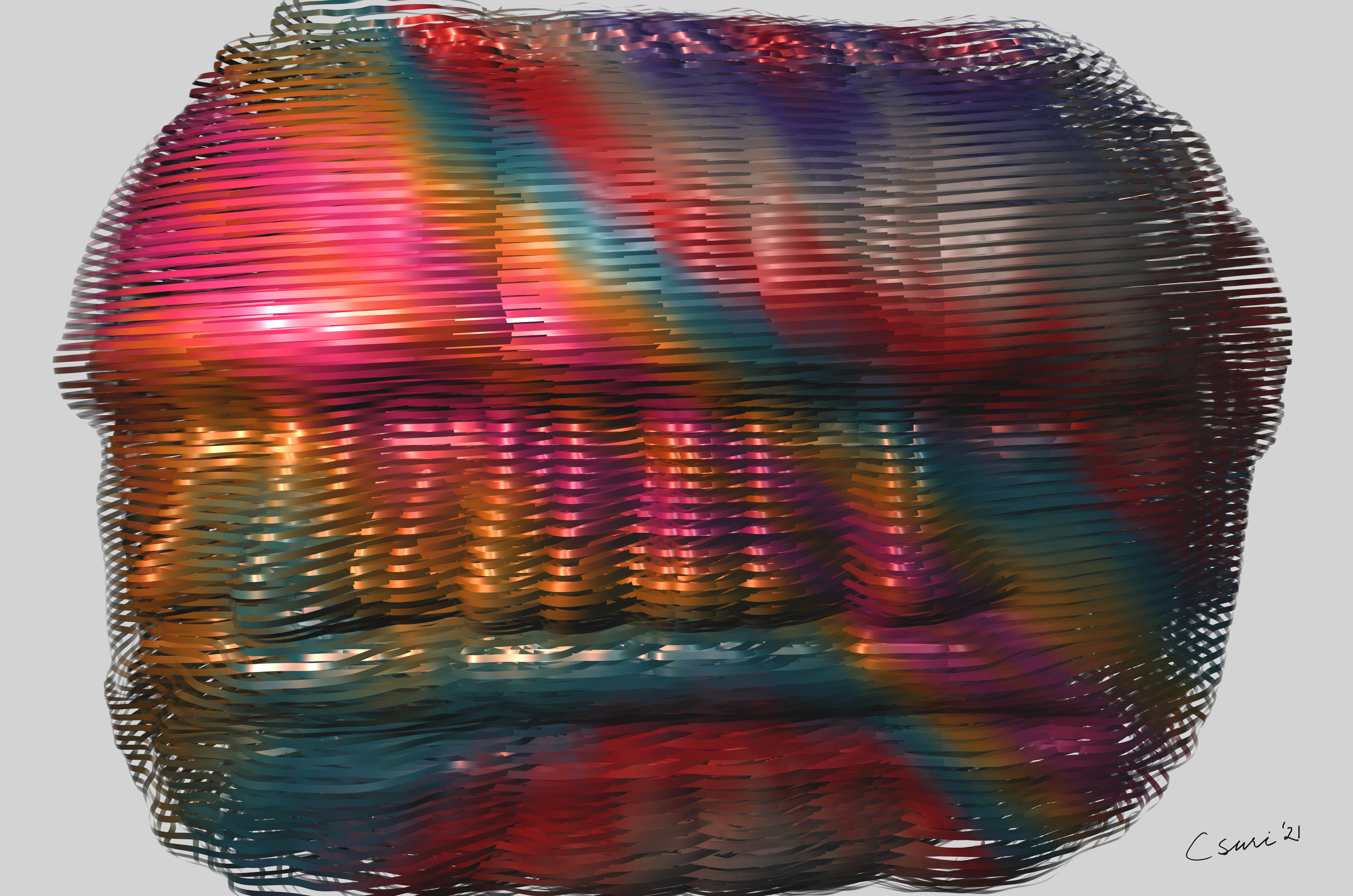 digitally signed with the artist's signature and dated '21

This work is in very good condition overall. Upon very close inspection and raking light there is minor unobtrusive crease in right upper quadrant. Under ultraviolet light inspection there is no evidence of restoration. Unframed.

A father of computer art, Chuck Csuri passed away at the age of 99 just before this auction. Pioneering the field since the 1960s, Csuri was instrumental in the establishment of Ohio State’s Advanced Computing Center for the Arts and Design, a leading center in the use and integration of emerging arts technologies. Csuri’s work led to a series of advances in the history of computer art and technology as he experimented with everything from plotters to canvas and screen prints, numeric milling machine sculpture, holograms, animation, and most recently NFT’s.

Csuri’s work has been showcased at key moment in computer art history, including Jasia Reichardt’s seminal exhibition Cybernetic Serendipity at The Institute for Contemporary Art, London, England in 1968, and the 42nd Biennale de Venezia, Italy in 1986, as well as the Smithsonian in Washington D.C in 1990. Ars Electronica, a major international competition on computers and the arts, awarded Csuri in 1989 and 1990. Csuri’s works are included in many public collections such as the Museum of Modern Art, the Whitney Museum of American Art in New York, and the Victoria & Albert Museum in London.

Ever the innovator, Csuri was exploring the frontiers of this medium at nearly the age of 100. Sotheby’s is honored to present his genesis and only self-authorized NFT, aptly entitled The Face of Change. Like Sine Curve Man, this work presents a face that is in motion with infinite potential while simultaneously compressed within the virtual space of computation. Alive and thoughtful, yet with a certain darkness, this self-portrait is a Rembrandt for the digital age. The NFT is accompanied by a metallic print on canvas signed by the artist.