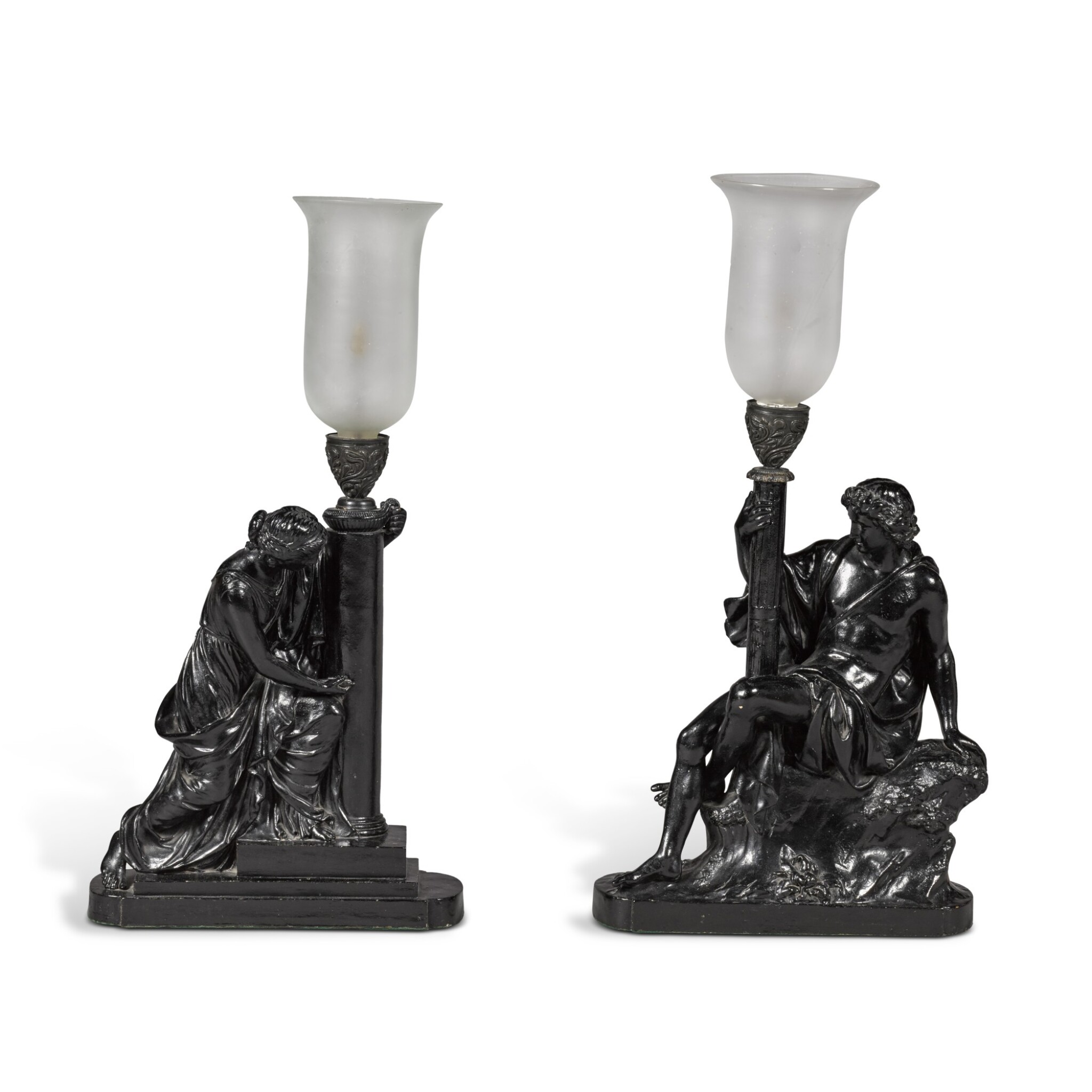 modelled as Psyche and Hymen, with the base of the Psyche figure stamped Coade, Lambeth

Adapted for electricity and will require re-electrification. Has later shades and nozzles. The bronzed surface is possibly later, and with typical chips and nicks consistent with age and use. Has decorative appeal

Throughout its history spanning from 1769-1840, the Coade factory produced a vast array of products such as architectural and garden ornaments, decorative details, statues and monuments. Their newly invented form of artificial stone, which came to be known as 'Coade stone', was the only kind of artificial stone at the time to be resilient to frost and other forms of harsh outdoor exposure. Eleanor Coade's high standards of design and quality were well recognised by London’s most prominent architects and designers, with commissions coming in from the likes of Robert Adam, James Wyatt, John Nash and Sir John Soane.

The design for the present lot can be seen in a set of etchings by John Bacon RA, and was originally intended for some chimneypiece figures. These were originally made for Norbury Park in the 1780s, and are now in Heaton Hall in Lancashire. The bronze may be later, but could also original due to the general practice of painting over chimneypieces that were not made of marble.