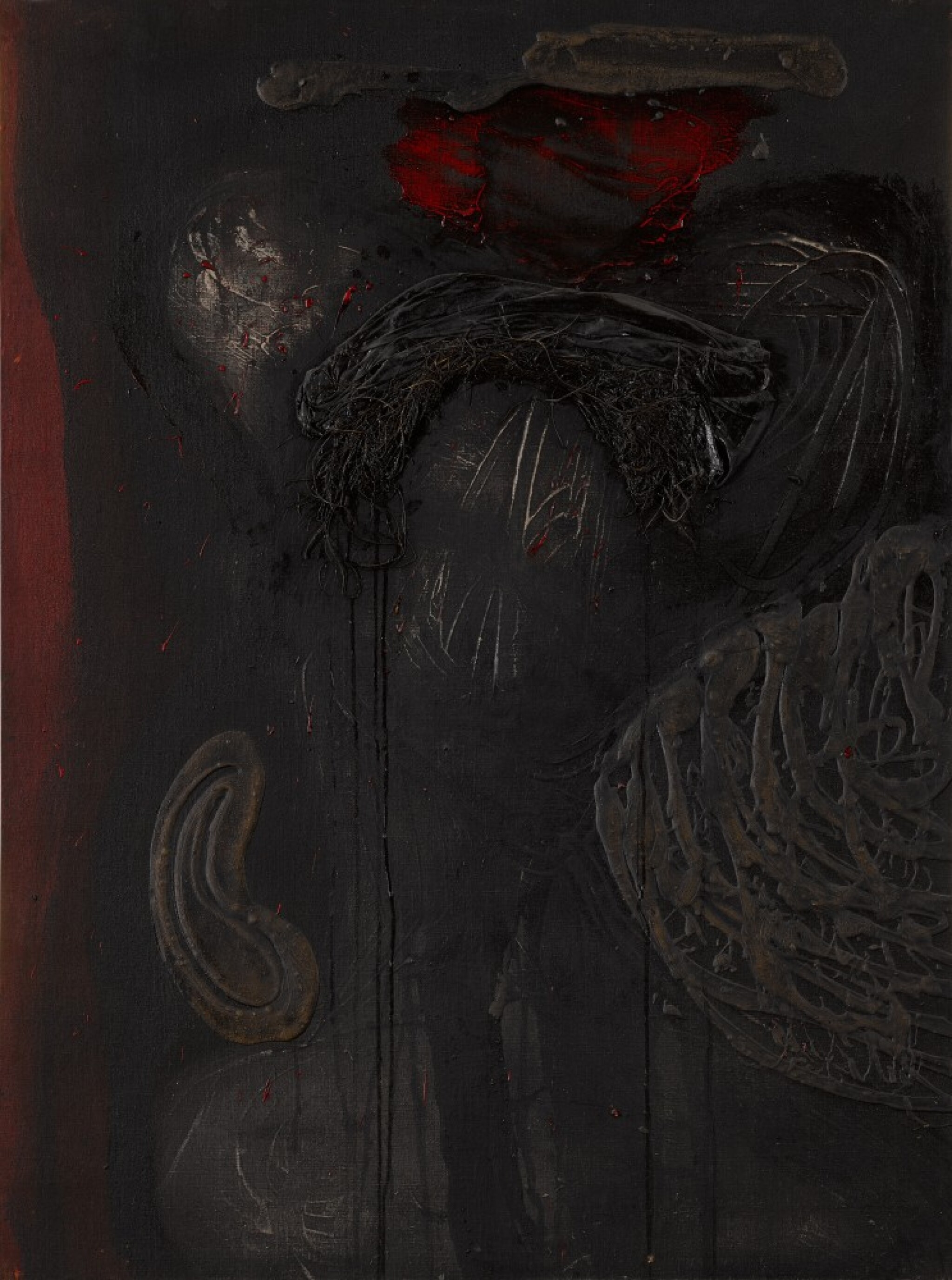 signed Cuixart, dated 1962, and titled (on the reverse)

oil and mixed media on canvas

We would like to thank the Fundació Cuixart for kindly confirming the authenticity of this lot.

This work is in very good condition. The canvas is unlined. The mixed media elements are stable and well preserved. One minor irregularity in the stretcher at the upper left corner, inherent to the artist's process. Under UV light: no inpainting is apparent.

During the late 1950's, and until 1963, Cuixart explores deep and strident usage of black, red, copper, and violet - paired with mixed media reliefs that add dynamism to the paintings.

In 1959, Cuixart won the first prize from the São Paulo Art Biennial. The following year, select works by Cuixart were exhibited at the Guggenheim Museum in New York. In 1963, Cuixart received further recognition with inclusion in Guggenheim International Award.

Lot 67, 69, 70, and 71 in the present sale were painted during this period and contributed to his ascent to fame during this time.

Sotheby's thanks Dr. Raquel Medina and the Fundació Cuixart for their assistance and research.