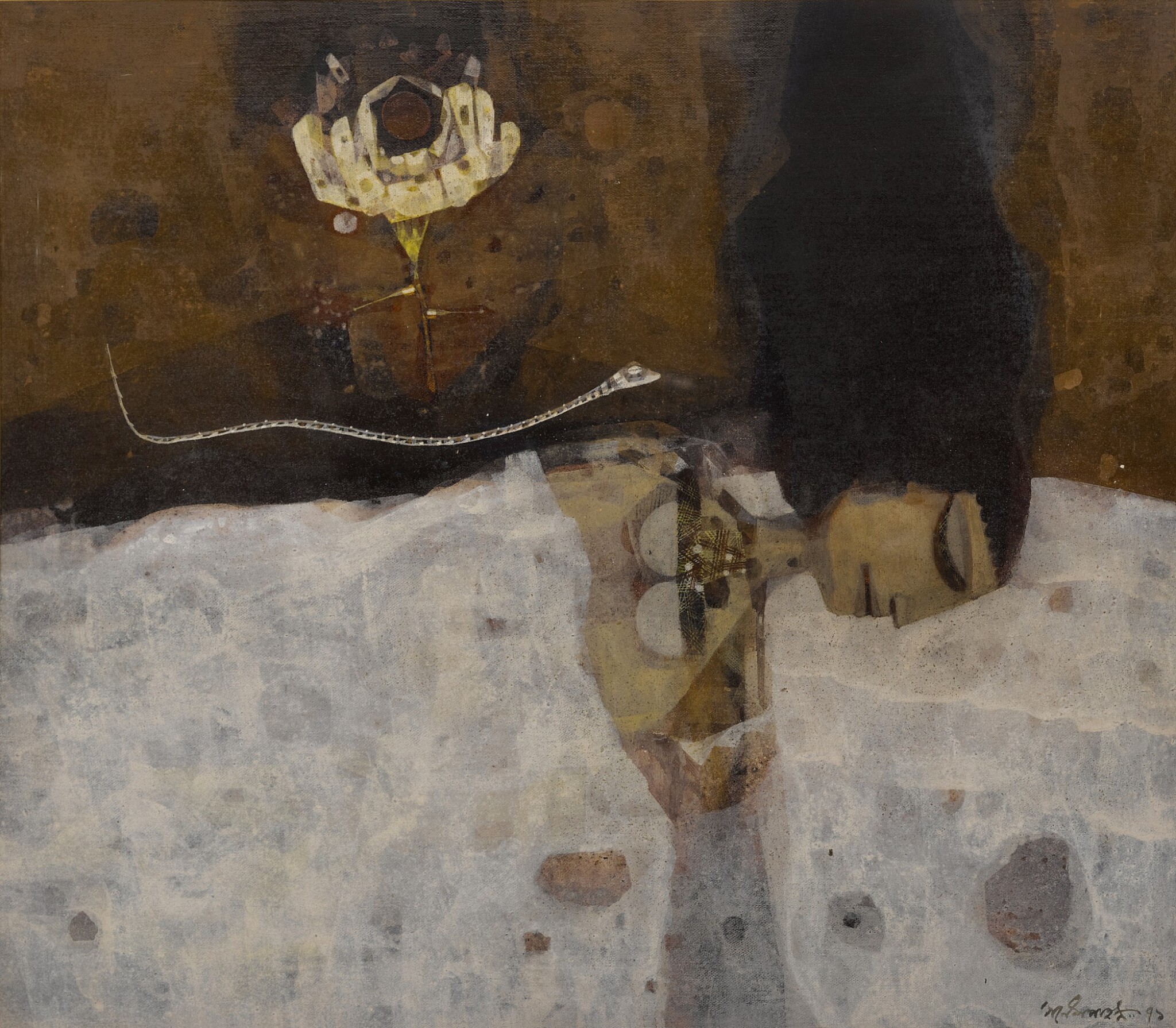 Tempera on canvas laid on card

The magical and uncanny universe of Ganesh Pyne draws on the artist’s Bengali heritage and his use of traditional painterly techniques. Exposed to art, music, theatre and cinema from an early age, the artist's iconography was derived from a combination of myth and memory. As a boy, Pyne was very close to his grandmother, who taught him tales of Bengali folklore. These folk stories stimulated his imagination and provided him with a visual vocabulary that he went on to use throughout his career.

In Pyne’s disquieting yet enchanting Slumberland, painted in 1971, a sleeping woman is shown beneath a hovering snake. The scene perhaps depicts the character of Monimala from the Bengali folktales, Thakurmar Jhuli. She is the Princess of the Netherworld, where she is known to sleep peacefully upon a bed of snakes. Pyne was an intensely private person and the protagonists of his paintings tend to be solitary, introspective beings - the lonely, sleeping figure of the current lot is no exception.

The spectral figure straddles two opposing color fields of light and dark, showcasing Pyne’s masterful use of tonality. The surface of the painting reveals a delicate and luminous opacity, something which Pyne achieves through his signature use of tempera. In a manner recalling that of medieval miniaturists, Pyne laboriously created his own binding agents and fixatives from indigenous plant varieties to layer upon his works. His layered use of pigment and adept understanding of coloration was likewise influenced by the traditions of the Bengal School, in particular the works of Abanindranath Tagore, which he first encountered at the age of fifteen.

Pyne’s skeletal figures and dark, fantastical landscapes are often shown at nightfall, and possess a dream-like quality. In Slumberland, the viewer is invited to enter this shadowy world of myth and mystery, and join the subject in her dreams.