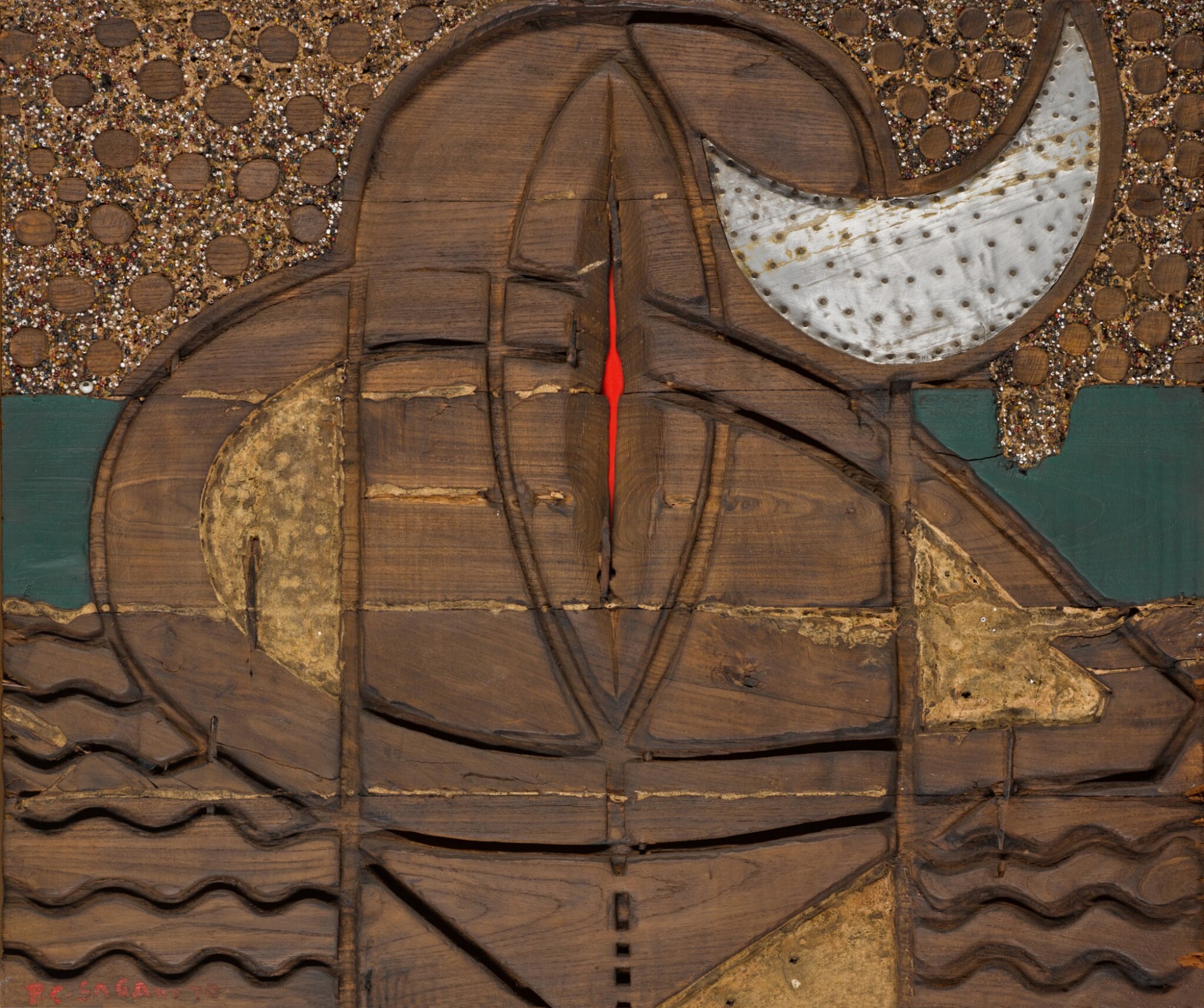 For further information on the condition of this lot please contact Frances.Belsham@sothebys.com
Acquired directly from the artist, Surya Galerie, Freinsheim

Piraji Sagara was born in 1931 in Ahmedabad. His family hailed from Rajasthan’s Sagara community, known for their skill in cutting and shaping objects out of wood. He trained at the Sir J.J. School of Art, Bombay, and taught at the School of Architecture in Ahmedabad, on the invitation of architect B. V. Doshi. Sagara’s work has been exhibited in Europe, Japan and India, and at the 1971 Sao Paulo Biennale. Throughout his career, Sagara’s artistic practice has remained tied to the woodwork of his forebears. His initial experiments with ornamental scrap, metal and wood developed into his distinctive ‘wood collages’. These works have served to raise the craft traditions of his ancestors to the level of high art.

The present lot, Homage to D.H. Lawrence, pays tribute to the celebrated English novelist and poet. Lawrence (1885 – 1930) was one of the most influential writers of the 20th century, and his novels Sons and Lovers (1913), The Rainbow (1915) and Women in Love (1920) endure as some of the most important works from the period. Perhaps his most well-known work is the infamous novel Lady Chatterley’s Lover (1928), notorious for its explicit sexual descriptions. The book was banned in numerous countries around the world, including the United Kingdom and United States. In India in 1964, a bookseller was prosecuted for its sale. The eventual full publication of Lawrence’s novel marked an important event in the sexual revolution of the 1960s.

Homage to D.H. Lawrence (1970) nods to the social impact of the author and his depiction of free-spirited, forbidden women. Through the richly sculptural work, with moon and allusion to the female anatomy, Sagara applauds the revolutionary force of Lawrence, whose books continued to sparked intense debate decades after the writer’s death.