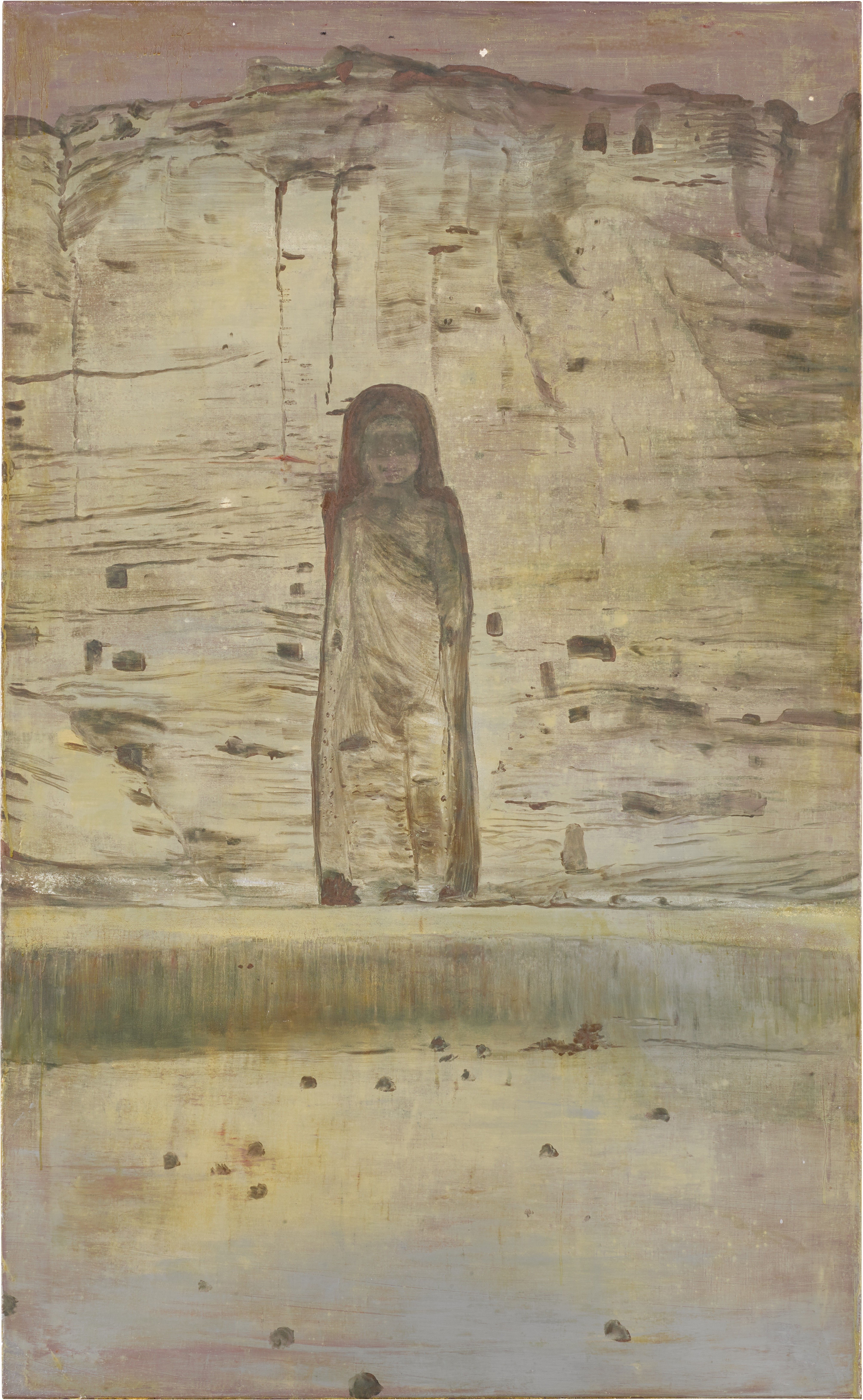 signed and dated 2006 on the reverse

This work is in excellent condition. The canvas is not lined. All surface irregularities are consistent with the artist’s working process and choice of medium. This work has not been examined outside of its frame. There is no restoration apparent when examined under ultraviolet light.

The composition of the present work is based on a Buddhist religious site at a cliff in the Bamyan valley of central Afghanistan. Two monumental Buddha statues were carved into the rock, the larger one of 55 meters height, depicted in this work, probably dates back to the early 7th century. On February 26, 2001, the leader of the Taliban issued a decree ordering the elimination of all non-Islamic statues and sanctuaries in Afghanistan. This included the destruction of the two giant Buddhas in Bamyan, which represents an historic interference with cultural heritage.

“Rarely have I worked from photography. Maybe a few paintings, which were made from a group of photographs that I took from Afghanistan, but that was because it generated from a political idea I had.”

Norbert Schwonkowski painted elaborately with a reduced, earthy palette in the classic wet-on-wet technique. Without pronounced contrasts he depicted the Afghan desert with its glooming tones. Painted after a tourist picture, the subject does not seem banal or kitschy, it rather possesses strong reflection and conveys the message of the artists who addressed this major world political matter.