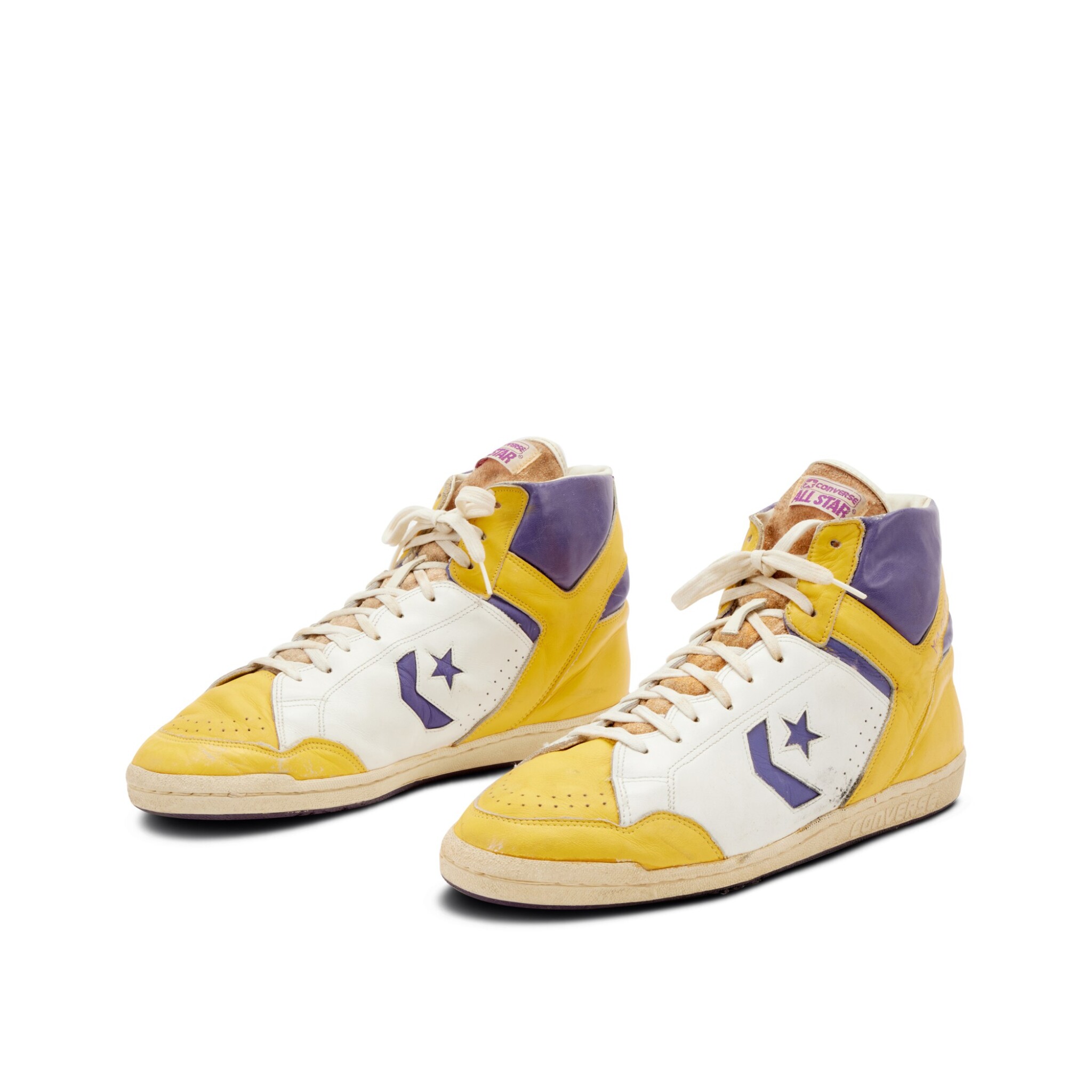 The pair shows signs of wear. Additionally, the pair is unmarked and does not include a size tag.

In regards to game wear, these shoes are accompanied by a Letter of Opinion from MEARS Authentication, with an “Authentic” Final Grade.

Magic Johnson accomplished virtually everything a player could dream of during his 13-year NBA career, all of which was spent with the Los Angeles Lakers. He was a member of five championship teams, won the Most Valuable Player Award and the Finals MVP Award three times each. He was also a 12-time All-Star, an unbelievable accomplishment.

This design features a white, purple, and gold colorway, which matches the Los Angeles Lakers uniform. Converse branding can be found on the tongues and midsoles, along with a fully leather upper and padding in the heel and ankle areas. The sneakers are finished with “Magic” placed on the uppers.