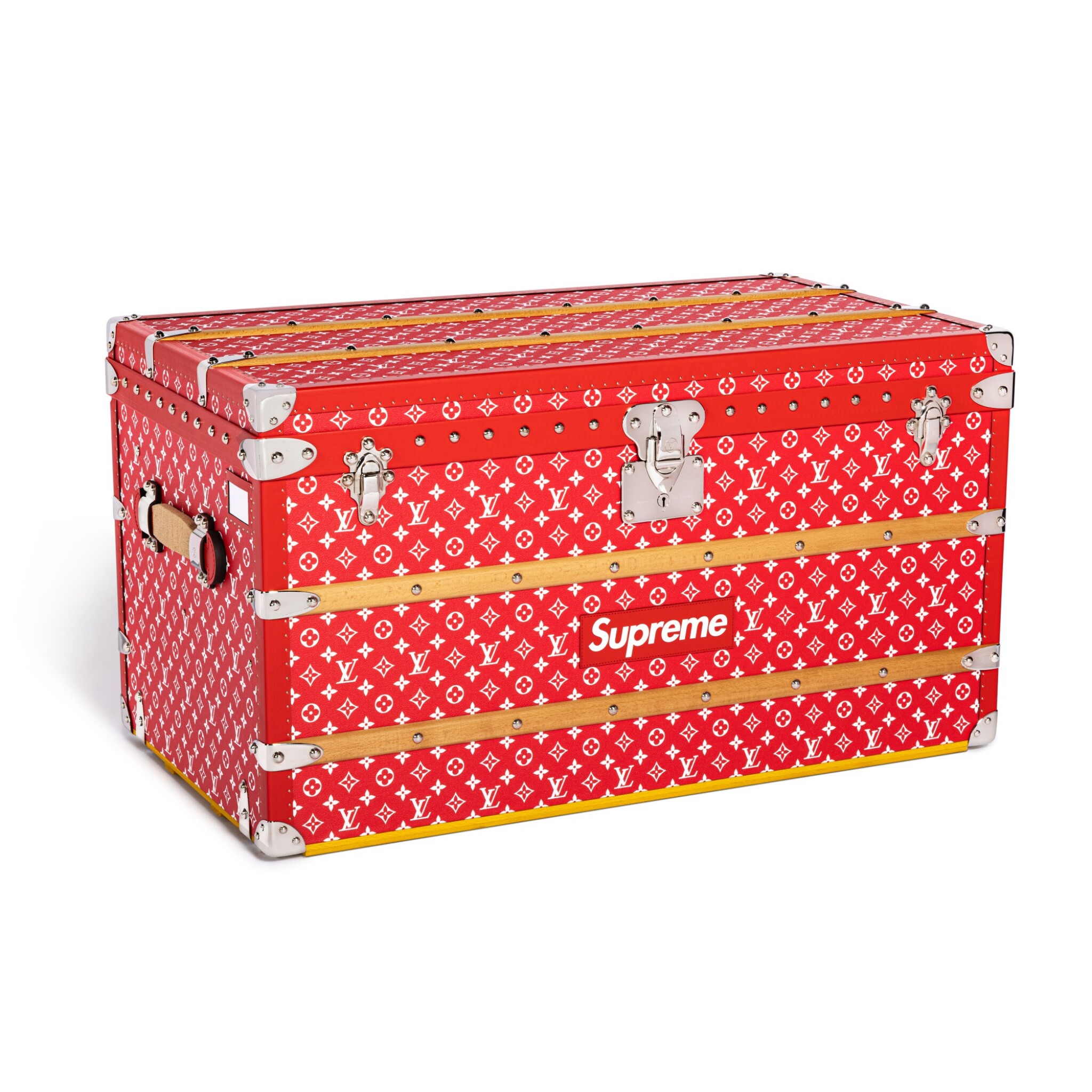 The trunk is in unused condition, with original wrappings on handles still intact.

Founded by James Jebbia in 1994, Supreme first opened its doors as a skate shop on Lafayette Street in New York City.

The brand humbly built a cult following through their non-compromising NY attitude, pop culture referencing designs, and simple branding such as the now iconic Supreme Box Logo. Emphasizing authenticity and quality, Supreme quickly became the epicenter of the downtown skate community and a clubhouse for like-minded creative individuals.

In 2017, the brand reached new heights, with the release of their collaborative effort with luxury fashion house, Louis Vuitton, at Le Palais Royale for the Fall/Winter 2017 Menswear collection.

The collection featured items that spoke to the heritage of each brand. Skate decks, hooded sweatshirts, t-shirts, and jeans, were all reminiscent of the early days of the Supreme brand.

Scarfs, leather goods, and accessories were also featured in the collection, speaking to the long standing history of the Louis Vuitton luxury house. However, arguably no other piece captured the essence of this collaboration quite like the Monogram Malle Courier Trunk.