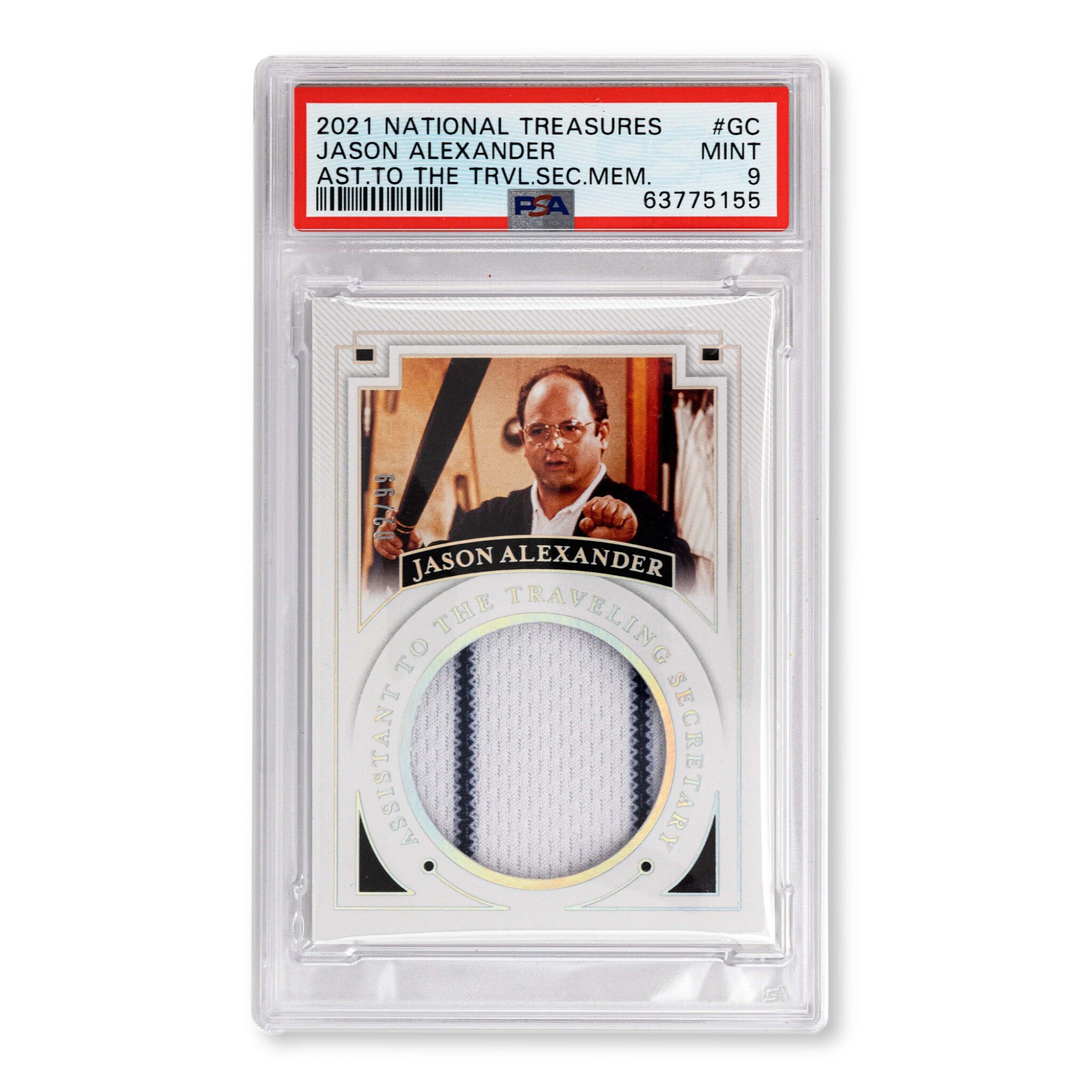 The card is graded MINT 9 by PSA/DNA

Debuted in 1989, some consider ‘Seinfeld’ to be one of the most successful sitcoms of all time. Created by Larry David and Jerry Seinfeld, Seinfeld aired for 9 seasons, and drew the attention of 76.3 million viewers for its final episode.

Seinfeld, also known as “The Show about Nothing” documented the chronicles of four friends living in New York through the late 80s and 90s. The characters included Jerry Seinfeld, George Costanza, Elaine Benes and Cosmo Kramer.

A fan favorite, viewers of the show will recall that George Costanza struggled to maintain a steady career, often jumping from job to job. However at the end of the 5th season, in an episode titled “The Opposite” George found some stability as the ‘Assistant to the Traveling Secretary’ for the New York Yankees. The episode was notable as George realized that almost every instinct in his life was incorrect, and as such decided to consistently do ‘the opposite’ of whatever he thought would – in fact – be the right decision. His choices throughout the episode – the opposite of what he felt he should do – ultimately landed him a job with the Yankees.

Often meeting with a comedic representation of Yankees Owner, George Steinbrenner (voiced by show creator Larry David) George’s career is highlighted throughout the second half of the ‘Seinfeld’ saga.

Created by Panini National Treasures with a flash of humor, and graded a 9 Mint by PSA the ‘Assistant to the Traveling Secretary’ card features an “actor-worn/used” jersey patch of a pinstripe uniform from Jason Alexander as the character George Costanza. Sotheby’s is not able to independently assess Panini’s patch for use without understanding its provenance or having the item - in its entirety - inspected and compared against episodes.