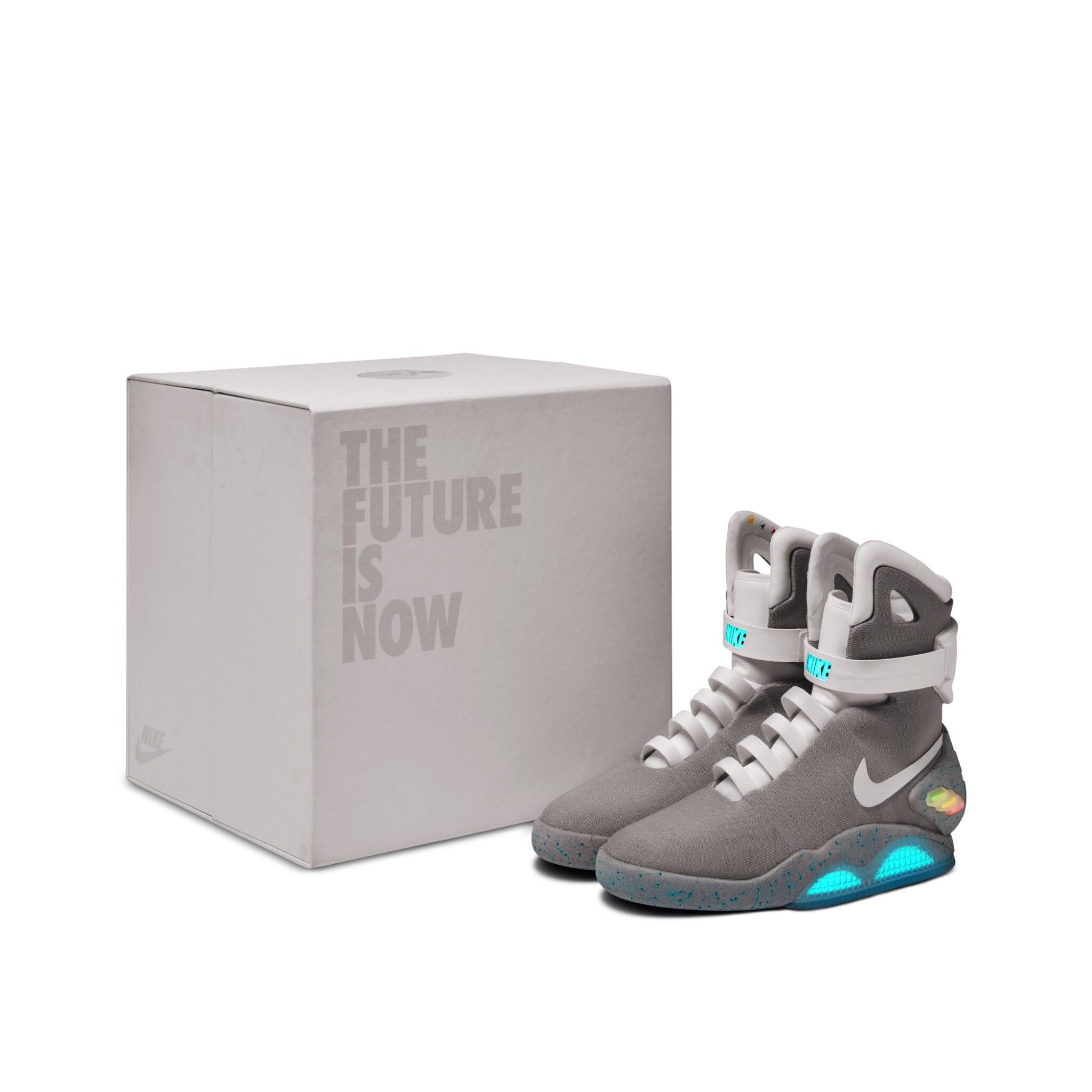 The sneakers are in pristine condition, without any signs of wear and come in the original box.

The Nike MAG which premiered in the 1989 sequel, Back to the Future II, was instantly one of the most coveted – but unavailable – shoes in history. In 2011, Nike finally released 1,500 pairs to the public to benefit the Michael J. Fox Foundation for Parkinson’s Research, which marked one of Nike’s most popular releases, raising $10 million dollars in 10 days.

This pair, part of the highly coveted 2016 release, was limited to just 89 pairs worldwide.

This 2016 Nike MAG notably features self-lacing “power laces” which Nike branded “Adaptive Fit” technology, as prophesied in the 1989 film. An individually responsive system, ‘Adaptive Fit’ senses the wearer and tightens and loosens the sneakers according to the foot, bringing the design elements from ‘ Back to the Future’ to life.

While both the 2011 MAG and the 2016 MAG are highly coveted by collectors, the rarity of this particular pair makes it an exceptional find.