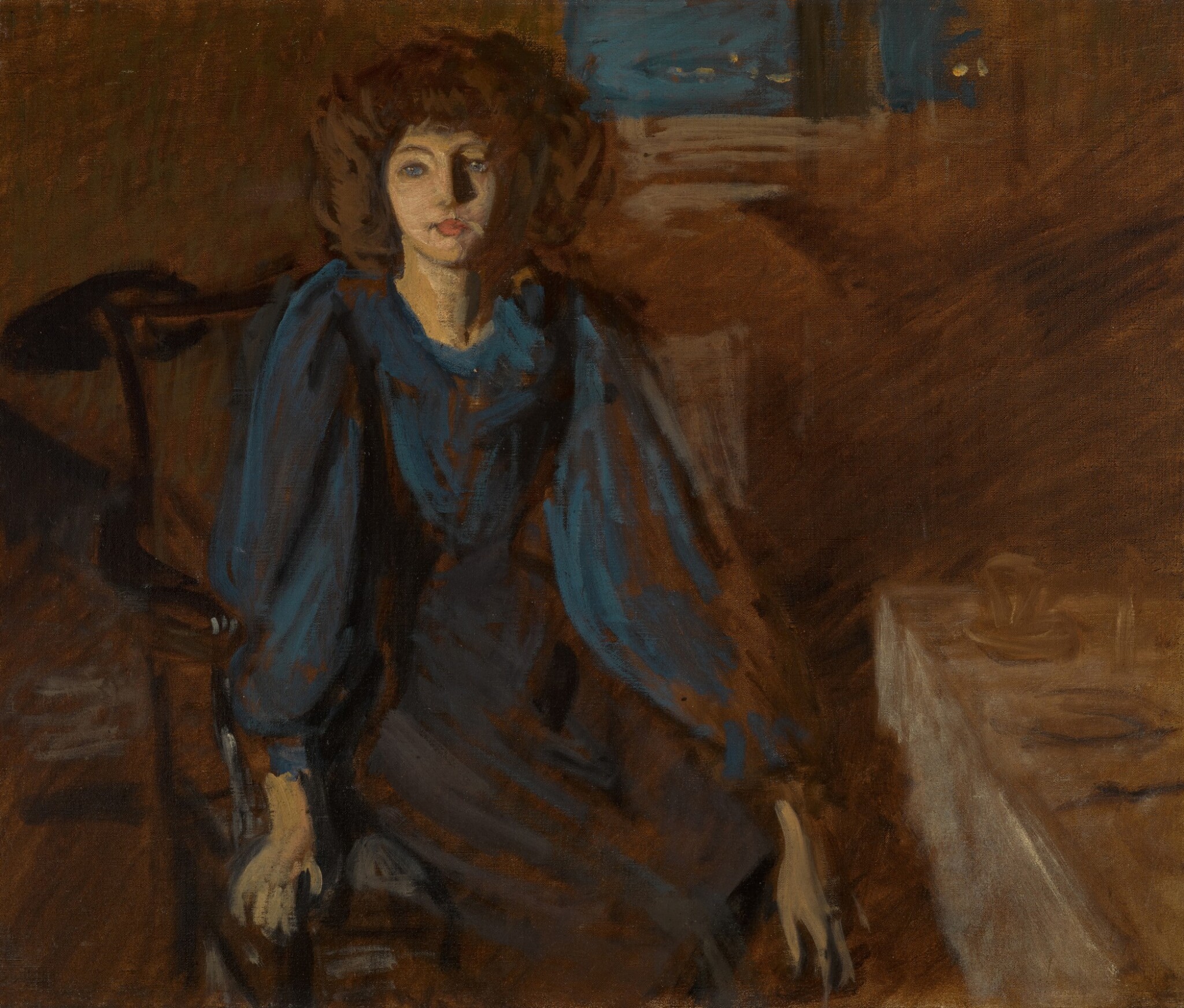 The work appears sound. The canvas appears original. Overall the work appears to be in generally very good condition. There is some frame abrasion to the extreme edges of the work with some associated rubbing and specks of loss to the lower edge. There is some rubbing to the extreme corners. There are some minor areas of craquelure around the woman's collar and to the lower section of the work, with one or two spots elsewhere, mostly only visible under raking light. There is some very light surface dust and specks of matter in places. When inspected under UV light, there appears to be some areas of retouching and florescence, most notably to the extreme edges and to the left of the woman's head. There also appears to be an uneven varnish layer, mainly to the edges, which may mask previous retouching. The work is presented in a painted wooden frame, held under glass.

The model in the present work is likely Lily Pettigrew (1870-1944), one of three sisters who were popular models in the 1880s and 1890s, and who were known as “the Beautiful Miss Pettigrews”. They sat for Millais, Whistler, Leighton and a dozen other of the most famous artists and sculptors of the day.

Steer painted Lily’s sister Rosie far more often, and from 1888 onwards she was very much Steer’s muse and the pair eventually became engaged. However, in around 1894, Rosie broke off their engagement and would have nothing more to do with him. Lily, not one to pass up the chance of earning modelling fees, stepped in and sat for at least two of Steer’s paintings.

In Miss Pettigrew in A Blue Dress, Seated, Lily is lit up by the flames of a fire that is sensed but unseen beyond the left-hand side of the frame. She wears a blue dress and sits in – or rather perches on - a wooden chair. Through the window in the background can be glimpsed, as in Jonquils, Steer’s famous painting of Rosie, the lights on the gantries of Addison Road railway station. Steer has successfully caught the soft and delicate features of Lily’s face.

Steer executed this painting during a period of great emotional turmoil. He desperately wanted to resume his relationship with Rosie, but she was not interested. She returned the engagement ring to him and, as she wrote in her 1947 memoir, "I hated parting with it, it was a beautiful carved gold one which a relation of his had left his family… he came back with it for months, but I would never see him.” Although Lily sat for Steer on a number of occasions, she is far better known for the fine portraits of her painted by the neo-classical sentimentalist John William Godward.

We are grateful to Neil Pettigrew for his kind assistance with preparing this catalogue note.