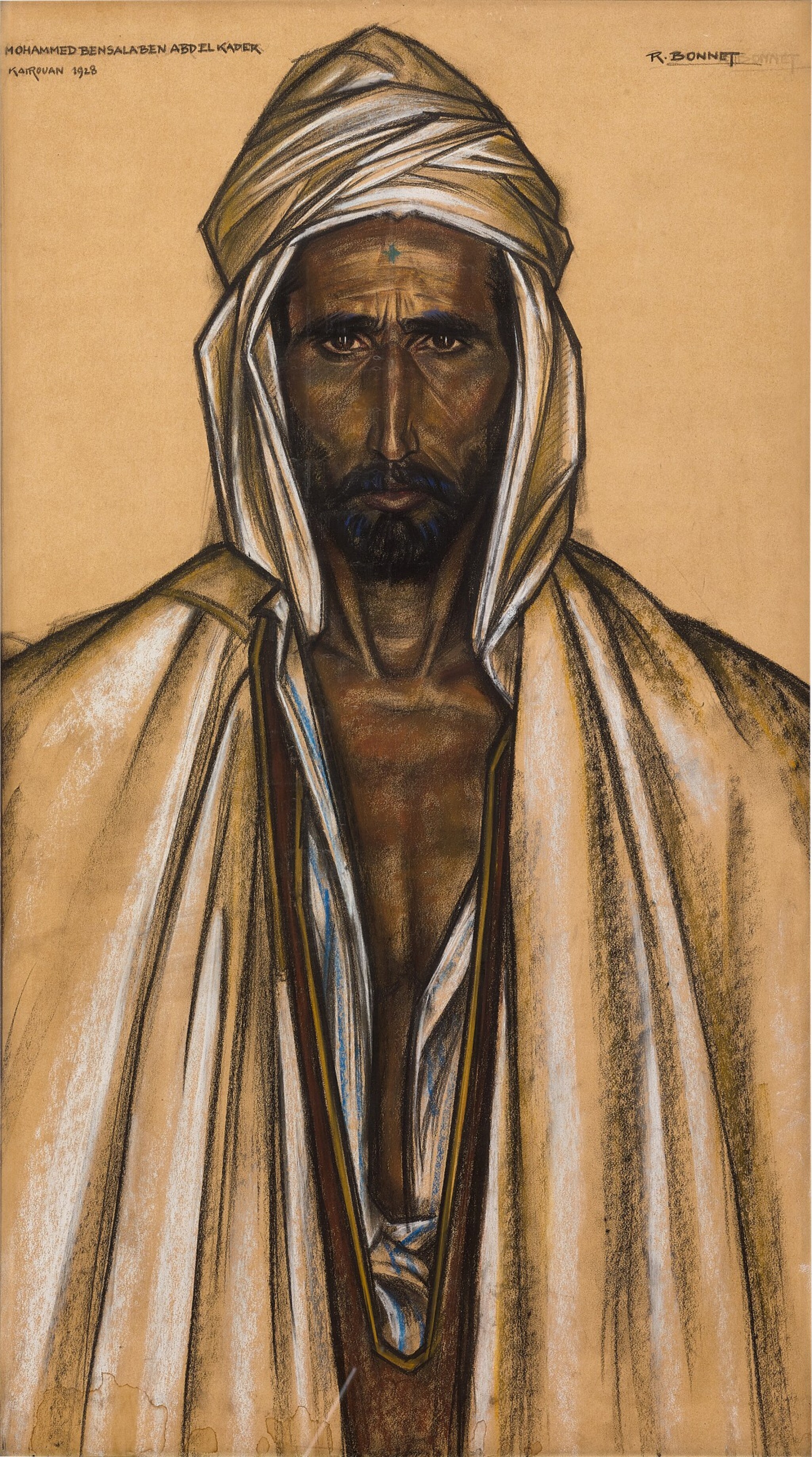 This work is in good overall condition as viewed. There are some small (pin) holes along the upper edge, and some water stains along the lowe redge. This work has not been inspected unframed. Framed, under glass.

Rudolf Bonnet was born in 1895 to a pair of Dutch bakers in Amsterdam who sent their gifted son to a technical high school, where he honed his skills at decorative painting, and successively proceeded to train at the Rijksacademie van Beeldende Kunsten. Mesmerized upon viewing illustrations of Balinese folk and pageantry by his artistic counterpart W.O.J. Nieuwenkamp, Bonnet was overcome with the resolve to experience firsthand, the unadulterated beauty of this exotic enclave. In 1920, Bonnet journeyed to Italy with his parents, where he focused on drawing people, village scenes and landscapes. He later returned to Italy and met W.O.J. Nieuwenkamp, who advised him to visit Bali.

Prior to his celebrated period in Indonesia, Bonnet visited Tunisia with the artist M.C. Escher. In North Africa, Bonnet exhibited and sold enough works to enable him to sail to Bali.

The present lot is a historically important portrait painted in Kérouan, the holy city of Tunisia, featuring Abdelkader ibn Muhieddine (1808-1883). Also known as Emir Abdelkader, the subject was an Algerian religious and military leader who led the struggle against the French colonial invasion of Algiers in the early 19th century. The Emir won many battles before surrendering in 1947. Considered the founding father of his nation, he is colloquially known as "Saint among the Princes, the Prince among the Saints,” celebrated amongst Algerians for his ability to combine religious and political authority. His consistent regard for what would now be called human rights and his respect for religions other than his own drew widespread admiration. His intervention to save the Christian community of Damascus from a massacre in 1860 brought him honours and awards from around the world: the French government bestowed on him the Grand Cross of the Légion d'honneur, he received the Grand Cross of the Redeemer from Greece, a Star of Magnificence from the Masonic Order of France, the Order of the Medjidie, First Class from Turkey, and the Order of Pope Pius IX from the Vatican. Abraham Lincoln gifted him a pair of inlaid pistols.