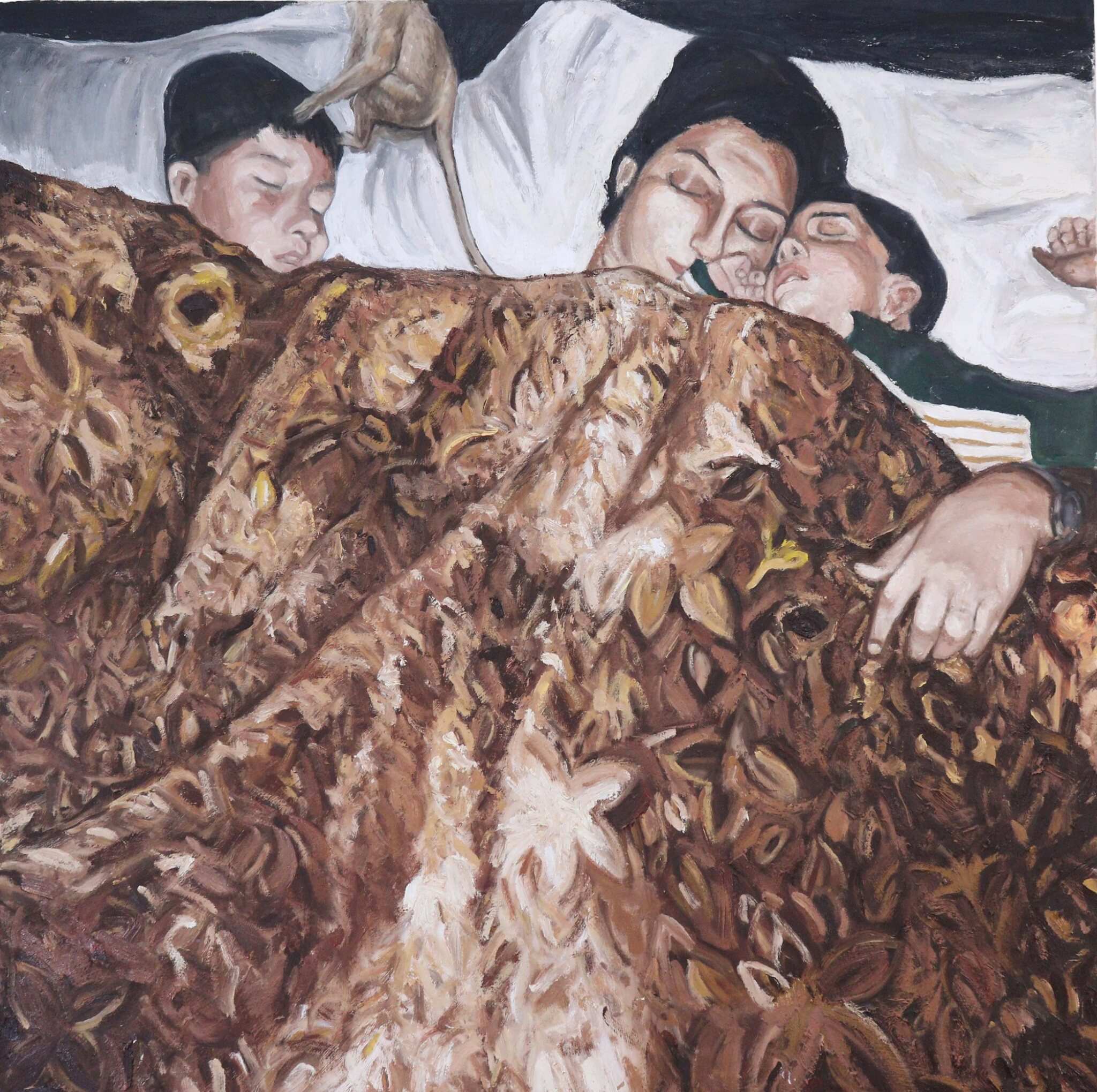 Memory is a permanent luxury

signed Babbar, dated 2020, titled Memory is a Permanent Luxury and inscribed oil on canvas 40 x 40 inc. on the reverse

Memery is a Permanent Luxury

This work is in good overall condition as viewed.

Upon close inspection, there is evidence of tiny losses and minor craquelure at a few scattered areas with thick impasto.

Examination under ultraviolet light reveals no signs of restoration.

unframed, on a stretcher.

Raghav Babbar is a young artist of Indian heritage, educated in Singapore, who studied at the royal college of Art in London. His work combines the unique savour of his heritage with many of the artistic techniques and mannerisms of mid 20th century British art. Where many of his contemporaries prefer the obvious convenience of acrylic paints, Babbar’s work is distinctive for his use of oil paints, applied thickly, delighting in the rich surface textures that only that medium offers.

Babbar is essentially a figurative artist, in the sense that he paints the human form as he sees it, yet he is far from literal-minded. For a young artist, his works show a surprisingly mature approach to his sitters. He engages with them closely, and his paintings are imbued with a sense of privacy, of intimacy, being largely of family or friends. As an artist, Raghav Babbar paints his emotions towards things he sees around him. An autobiographical work from which he discovers himself as an artist and develops a deeper connection with his subjects around him and those in his life. Humans are what he finds to best express his feelings on the canvas, allowing him to observe moods and personalities better. The subjects’ actions within moments usually give him the purest display of emotion possible, especially when they are alone. Capturing them in these moments and relaying them to the canvas establishes a connection between the individual and the artist. To him, painting is a discipline where it is easy for him to show how well he knows his subjects.

"Memory is a permanent luxury - A photograph that was taken by my father in 1999 of my mother, brother and me sleeping together. A work that is not only an example of an autobiographical journey but a connection to my early life. Where we all had one room in the family. This work not only brought memories back but told me where we came from and how my parents sacrificed everything for me and my brother. If only I could have painted this when I was three years old I would have for sure. But painting a memory is a luxury." - Raghav Babbar