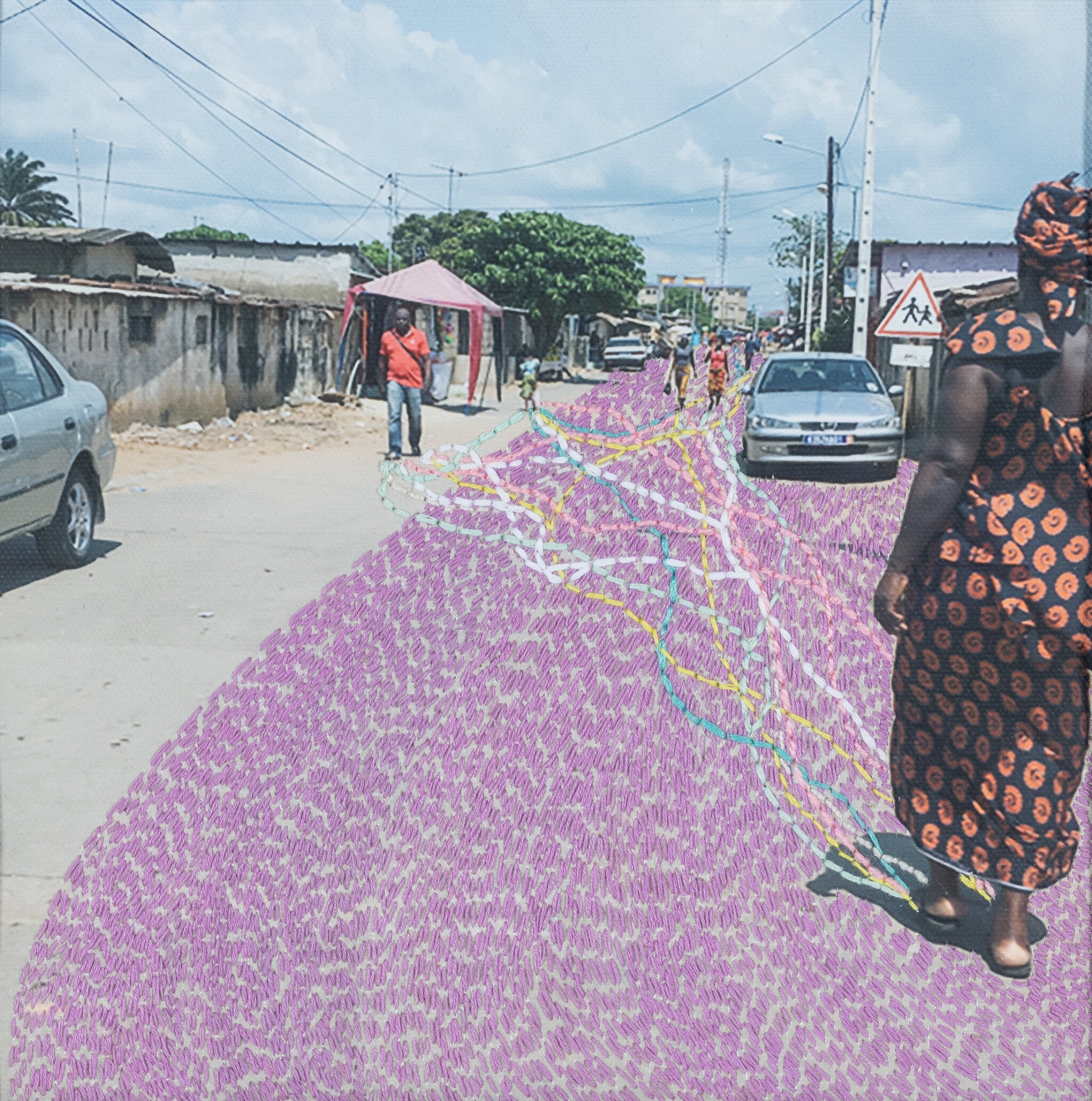 ‘The pictures were shot with my iphone, 3 weeks after the terrorrist attacks I chose to use my iphone instead of my DSLR camera to capture people discreetly. They don't know that they are photographed, so their attitude is natural. I took the pictures as if i was doing a scan of the city.

‘3 weeks after the attacks, the atmosphere of the little town changed. The sadness is everywhere. A "saudade", some kind of melancholy invaded the town. Most of the pictures show empty places, and people by themselves, walking in the streets or just standing, sitting alone, lost in their thoughts. "ça va aller" means "it will be ok". This typical ivorian expression is used for everything, even for situations that are not going to be ok.

‘Bassam is my refuge, the place i go to unwind and to be by myself. At one hour drive from Abidjan, Bassam is a place full of history, a quiet and peaceful little town. Bassam reminds me of insouciance, all these childhood sunday afternoons i used to spend with my loved ones on this same beach where the attacks took place. To me, Bassam was a synonym of happiness, until that day.

‘In Côte d’Ivoire, people do not discuss their psychological issues, or feelings. A post-traumatic state is often considered as weakness or a mental disease. People hardly talk about their feelings, and each conversation is quickly shortened by a resigned " ça va aller". This work is a way to address the way ivorian people deal with mental health.

‘The attacks re-opened the mental wounds left by the post electoral war of 2011. Each stitch was a way to recover, to lie down the emotions, the loneliness, and mixed feelings i felt. As an automatic scripture, the act of adding colorful stitches on the pictures has had a soothing effect on me, like a meditation. Embroidery was an act of hope, as well.’