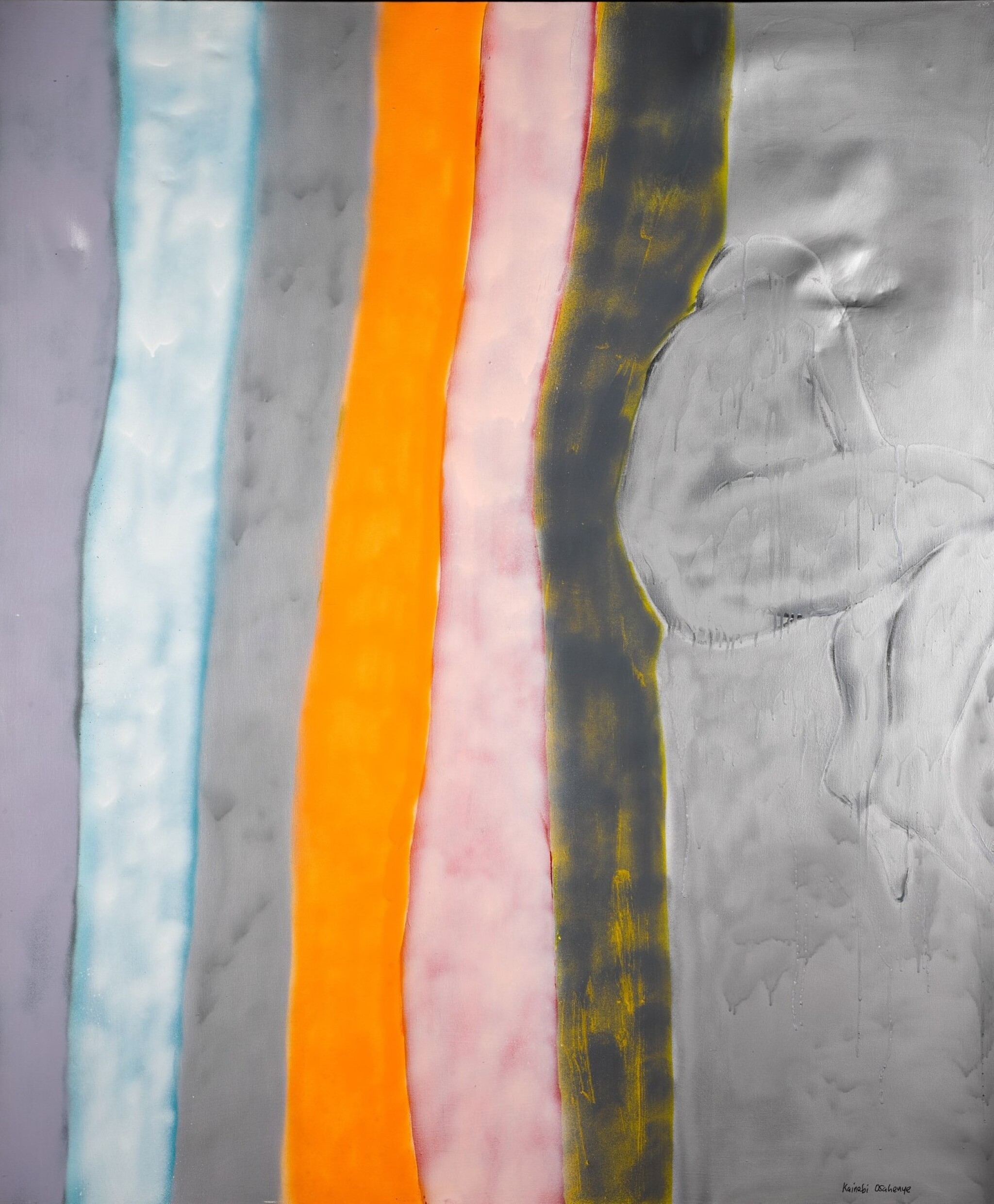 signed (lower right); signed, titled and dated 2018 (on the reverse)

Please note that this work would benefit from being re-stretched. The canvas is loose on the stretcher and has resulted in a moderate dent spanning the upper right quadrant of the work, and a further 4 more minor dents within the upper left quadrant. Please also note that there are light stretcher bar impressions running across the work. Some light and stable examples of craquelure scattered along the upper and right hand edge, with possible other instances elsewhere.

Kainebi Osahenye is one of Nigeria’s foremost contemporary artists. His works have developed from large-scale neo-expressionistic paintings into a process of experimental appropriation using found objects to tackle the issues about life, spirituality, consumerism, identity, and the environment. He has used burnt, and crushed beverage cans, water bottles, newspapers, chicken wire, fabric, juice packs and many other found objects to create huge installations and sculptures, as well as paintings. Osahenye’s trademark of layering, stacking, and sequencing objects, sometimes in their thousands, creating repetitive, multi-media works, has gained him critical acclaim, as he transforms simple objects into intricate, sometimes monumental art works.

Osahenye was born in Abgor Delta State in 1964, and studied at the Auchi Polytechnic as well as the Yaba College of Technology, graduating with a major in painting in 1989. In 2012, Osahenye received a Masters of Fine Arts (MFA) from Goldsmith College in the UK.Osahenye has taken part in numerous international residencies including at the Vermont Studio Center, and the School of Visual Arts in New York, as well as at the Harmattan Workshop led by Prof. Bruce Onobrakpeya.