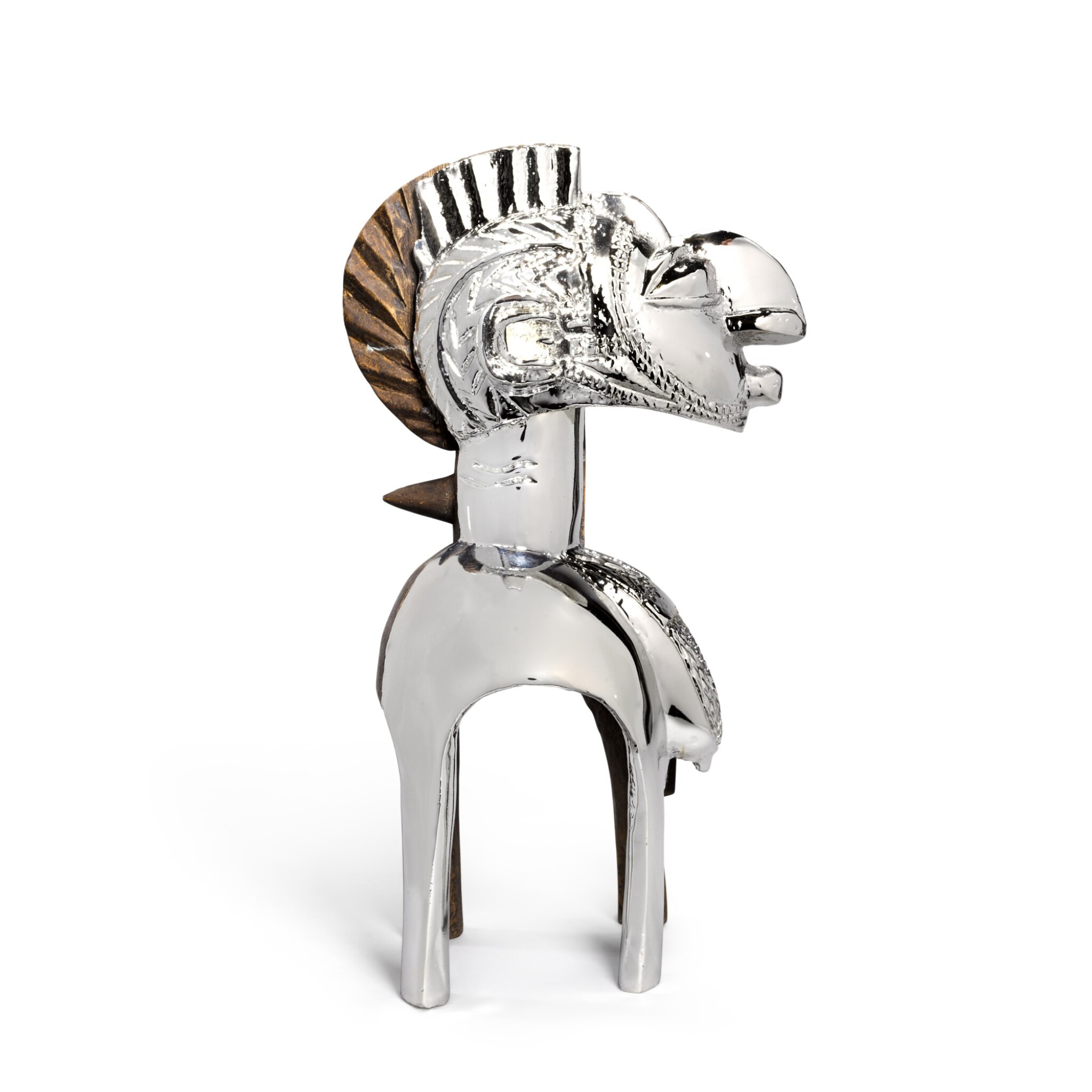 The work appears to be in very good original condition.

Donated by the artist and TAFETA London

Olagunju's contemporary appropriation of traditional African sculptures continues his exploration of global trade and the "absolute commoditization of everything". His sculptures question the value system driving the continued growth in the sale of traditional African artefacts. The artist re-appropriates traditional African sculptures, bisecting them vertically and coating them in metals mined from the region from where they are originally sourced. His use of precious and semi-precious metals draws attention to the multiple relationships that can emerge from the exploitation of natural resources in Africa, and its impacts on people and their cultural legacies.

Baby Baga #4 has been created using Olangunji’s signature technique of bisecting an original artefact – in this case, a small wooden bust originating from the Baga peoples, a West African ethnic group. The artist then coats the exposed cross-section with aluminium, a metal widely mined in African regions. The resulting work raises powerful questions around perceived value; originally, this artefact would have been used for traditional functions but now, provenance and rarity dictate its price at auction. A visual transformation has taken place – but the glitzy surface is superficial.

Olangunji studied in Lagos and then moved to the UK, graduating from Oxford University in 2006. He has exhibited his work widely, internationally. Baby Baga #1 was selected as one of Yinka Shonibare’s picks of the Royal Academy's Summer Exhibition 2021 and was illustrated on the front cover of the RA Magazine Autumn 2021 issue. Other significant shows have included Get Up, Stand Up, at Somerset House and a museum showing at the Vestfossen Kunstlabratorium, Oslo, both in 2019. Olagunju’s sculpture is represented in the permanent collection of the House of European History, Brussels. He lives in Lagos and New York.