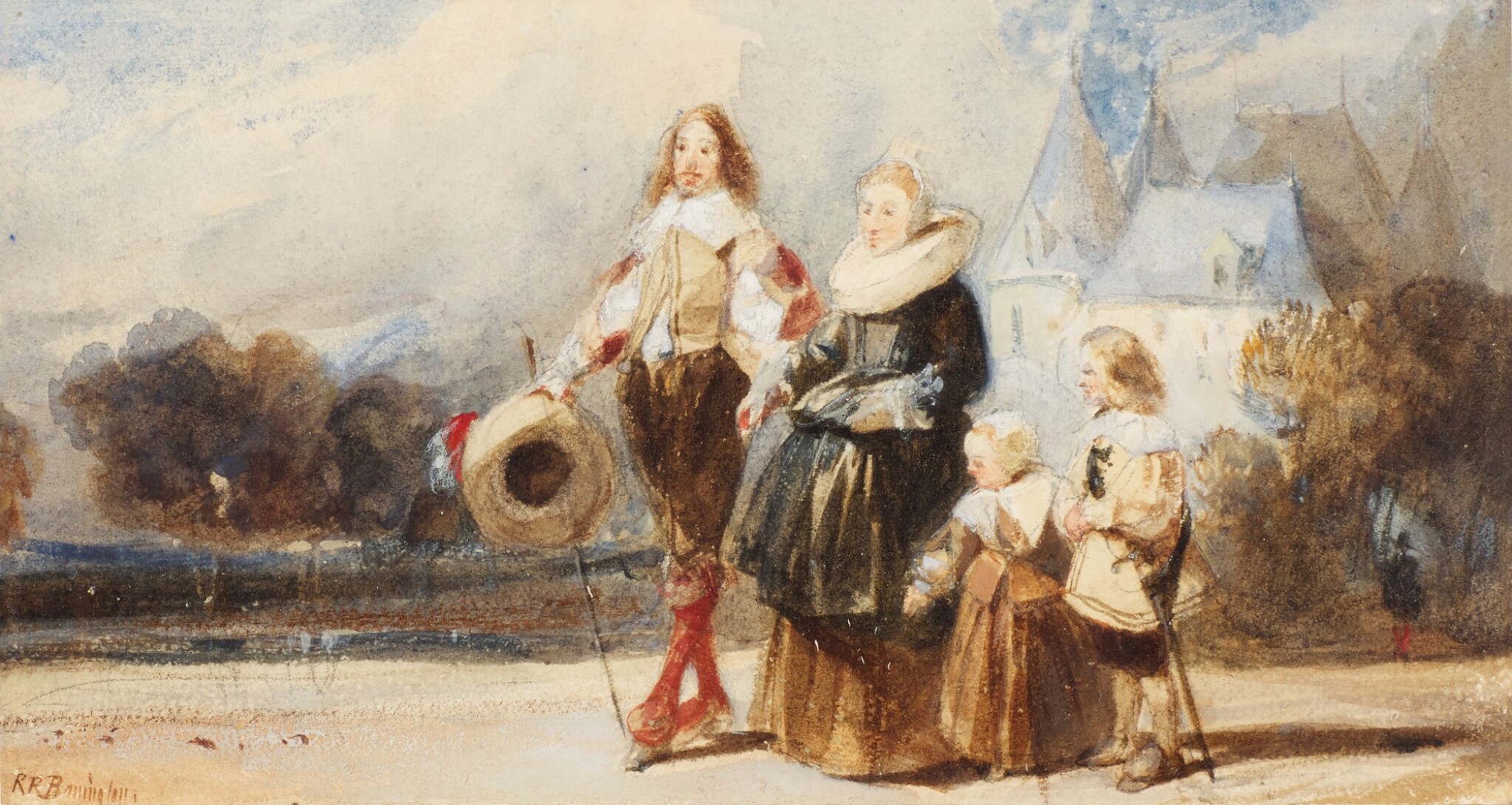 Watercolor and bodycolour over traces of pencil;

The colors in this work have remained well preserved. The sheet is also in good condition and is not laid down.

This watercolor has not appeared at auction for nearly 100 years, and its recent rediscovery in a Belgian private collection is noteworthy. Dating to circa 1826, it is a fine example of the artist's jewel-like narrative watercolors - a genre that his friend Delacroix had encouraged him to pursue and that interested him greatly during the last years of his short life.

Bonington and Delacroix, who shared a studio for a number of months in 1826, spent a considerable amount of time studying the vast collections of the Louvre. Bonington often took inspiration from the works that he encountered in the museum and Patrick Noon has pointed out that the general idea for the present composition and the female figure specifically derive from Hendrick van Steenwyck's Church Interior with a Family. Furthermore, he has suggested that the pose of the male figure is based on Philippe de Champaigne's Louis XIII Crowned by Victory. Both works remain in the Louvre to this day.1

Another watercolor by Bonington, which is dated 1826 and entited The Meeting, also shows promenading figures in open country. This work survives in the Victoria and Albert Museum, London.2