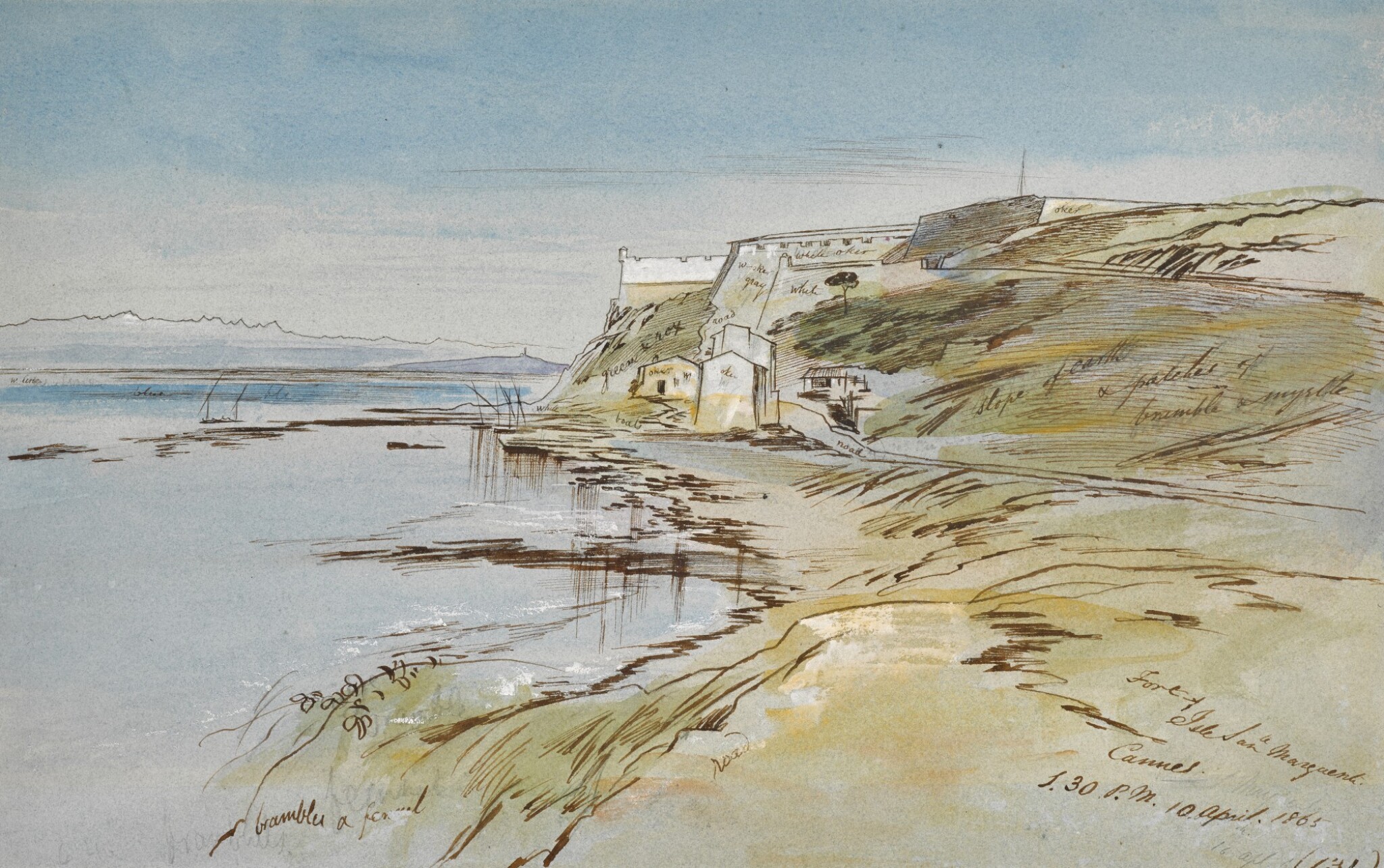 Pen and brown ink and watercolor, heightened with white;

The work is in good condition, with strong color. The paper has lightened a little but this has not unbalanced the composition. Around the extreme edges (covered by the current mount) the paper tone is a little darker. The sheet is laid down to good quality board.

Between November 1864 and April 1865, Edward Lear stayed on the French Riviera, in order to produce work for an exhibition that he planned to hold later in the year. Basing himself in Nice, he visited towns along the coast, including Antibes and Cannes. At the end of his sojourn, he spent a week in Cannes and, on his return to London, wrote to his friend Chichester Fortescue, Lord Carlingford, that he was ‘absolutely delighted’ with the town, finding it ‘different’ and preferable to Nice. In a postscript to the letter, he added, that he had produced 125 sketches ‘at Nice, Antibes and Cannes’.1

﻿Thanks to Lear’s habit of dating and numbering his drawings, the pattern and prolificacy of his work can be charted in some detail. On 10 April 1865, he spent the day on the Lérin Islands, just off the coast of Cannes, first visiting Saint-Honorat, where he made at least nine drawings, and then Sainte-Marguerite, where he made the present one, and probably others.

Ile Sainte-Marguerite is the largest of the Lérin Islands, and is home to the Fort Royal, which was built in the early seventeenth century, and became a barracks and state prison a few decades later. The fort is most famous for holding the unidentified prisoner known as ‘Man in the Iron Mask’, who died there in 1703.