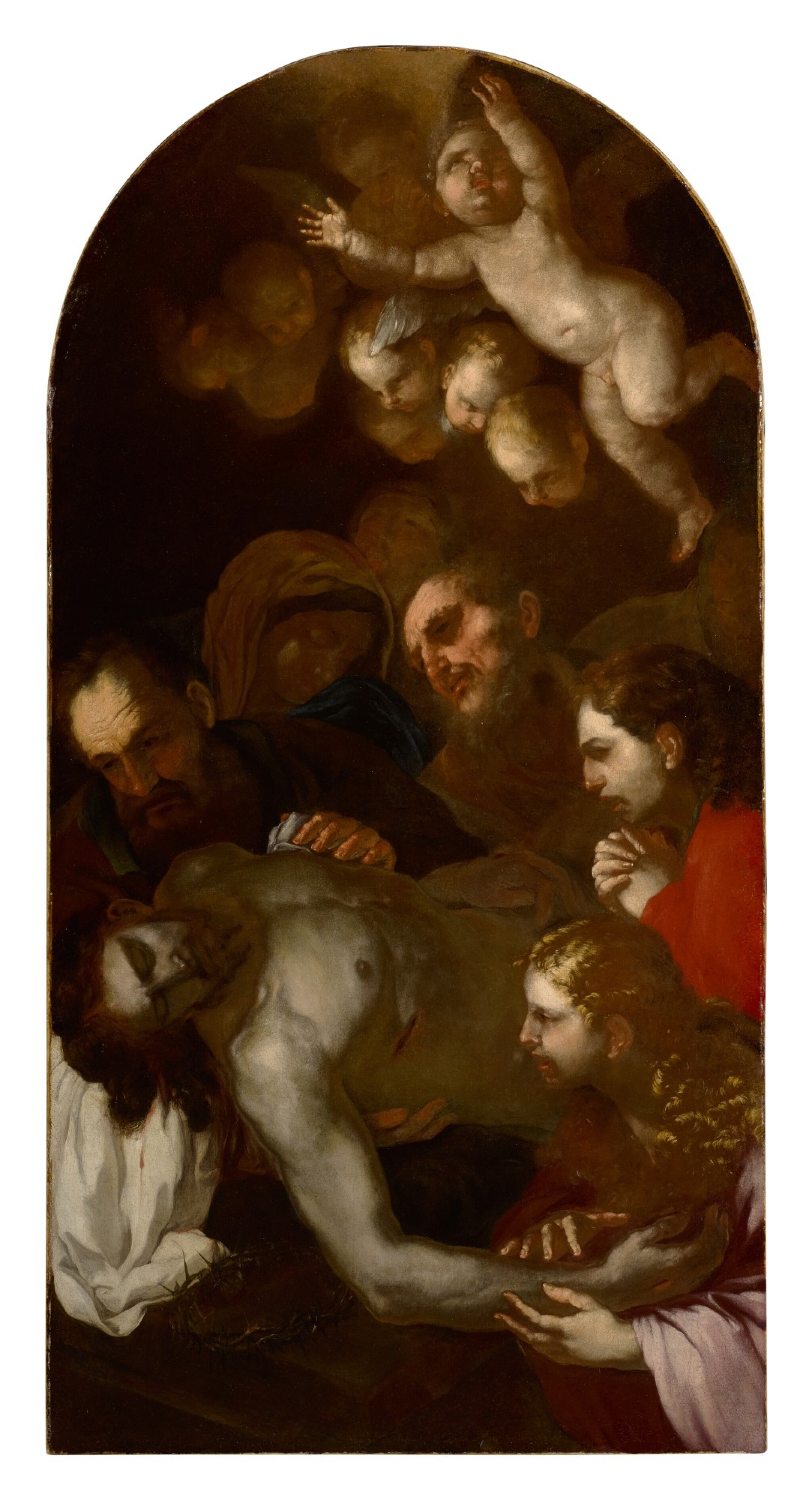 oil on canvas, with an arched top

The canvas is lined and is stable and taut on its stretcher. The image reads well beneath the varnish, although some areas of shadow and darker pigment have “sunk” and create more of a flat/two-dimensional appearance than intended. An area of prior retouching is visible in raking light at the center below the cherub heads. Under UV inspection, much of the varnish is milky but retouching is visible at the aforementioned area below the cherubs, around the edges of the canvas in response to frame abrasion, as well as around darker outlines such as around Jesus’s hand and chin, around the leftmost male figure’s chin, and scattered in dark areas of the background at the top and sides. The painting would likely improve with a fresh varnish to heighten the contrast of the darks. Offered in a decoratively carved giltwood frame with arched top.

At least three versions of this Lamentation composition exist in various formats; the present lot is likely an autograph version. The prime version, which has nearly identical dimensions and an arched top, was painted at the onset of Giordano's career in circa 1665 and is now in the Instituto di Santa Maria della Pietà, Venice.1 A version in rectangular format with more angels was sold at Sotheby's London in 1974. Recent scholarship has confirmed that Giordano often painted nearly identical versions of the same subject for different patrons or locations.

The pale body of Christ falls into the viewer's plane as it is supported by Nicodemus on the left and Mary Magdalene on the right. The Virgin and a figure who could be one of the Marys are cast in shadow beside Joseph of Arimethea and St. John the Evangelist, who clasps his hands in prayer.

We are grateful to Giuseppe Scavizzi for confirming, on the basis of photographs, that the Shanks painting is very likely an autograph version by Giordano.