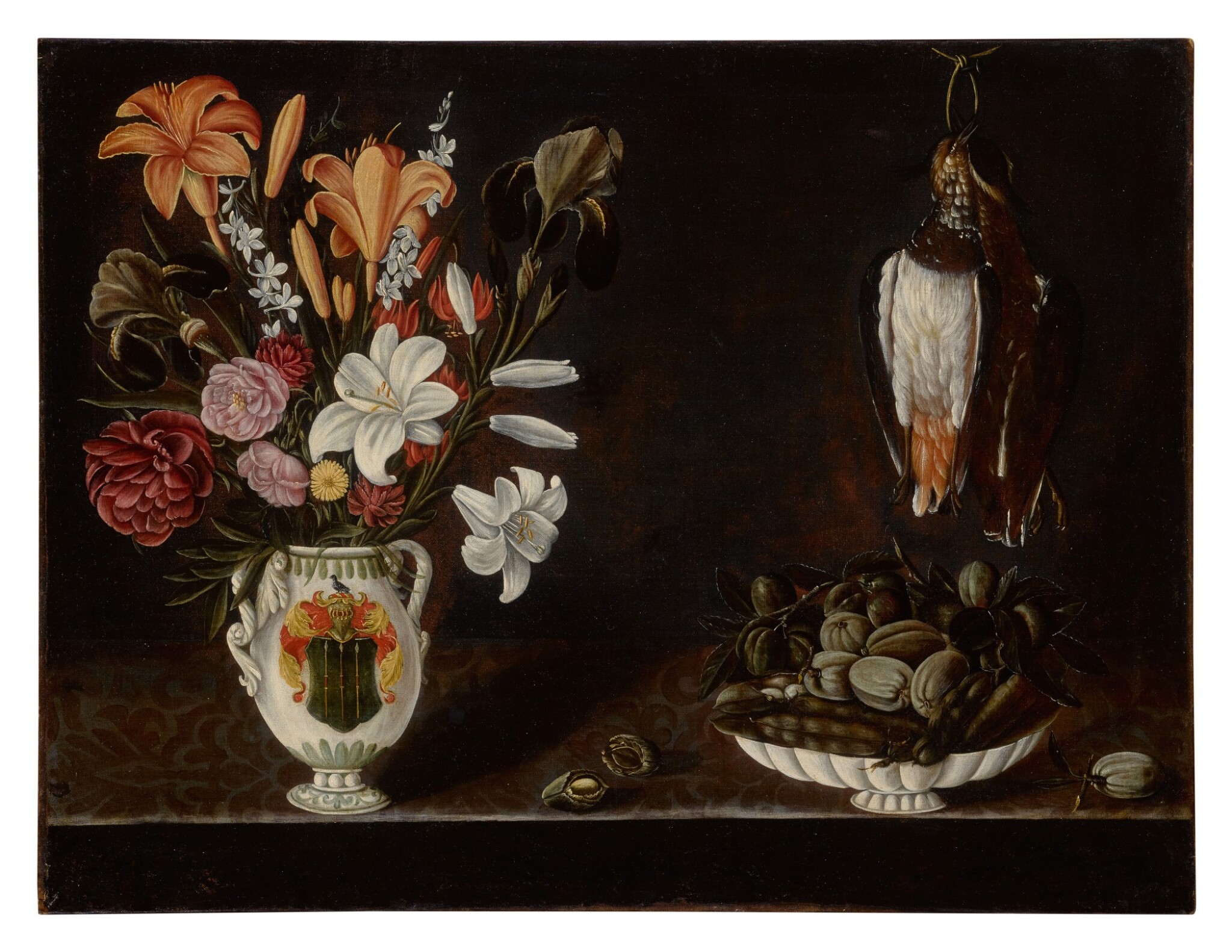 Active in Naples during the mid-17th Century

Giovanni Quinsa's name is known from a pair of still lifes of 1641 that sold at Finarte in Milan, 20 April 1972, lot 133.1 The Finarte pair are signed "Gio Quinsa Spa" thus suggesting that Quinsa had Spanish origins, though he is documented in Naples during the middle of the 17th Century.

The present still life shares much in common with the Neapolitan tradition of still life painting, including the arrangement of the fruit, flowers, and bird, and the ledge on which the objects are presented.