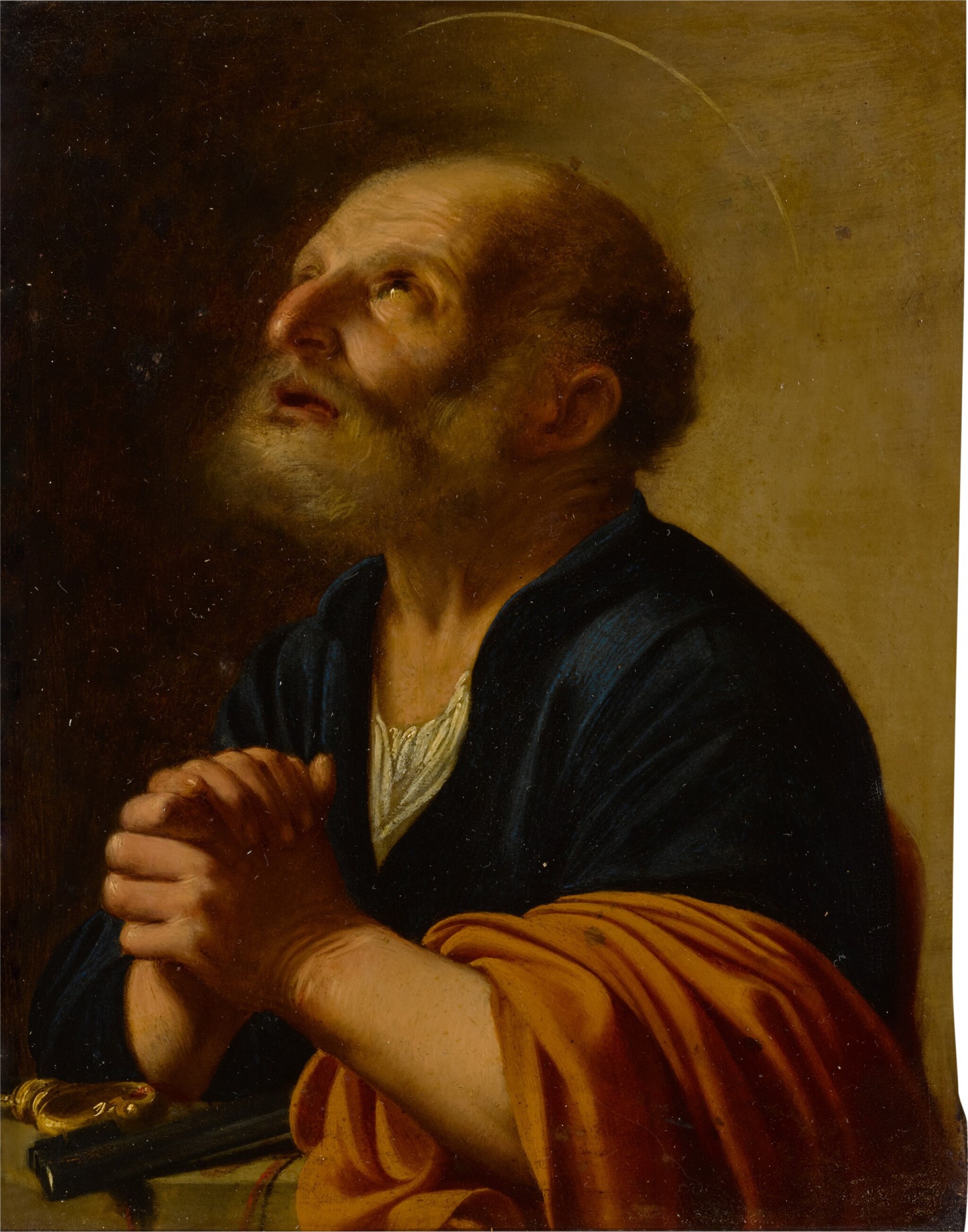 oil on copper, laid down on panel

Working in the first part of the seventeenth century, Carlo Saraceni began and ended his life in Venice but spent several years in Rome where he embraced the Caravaggesque movement and created a body of work that surpassed a defined regional style. He often utilized copper, as in the present painting, a material that encapsulated the vibrancy of the period, and he preferred it for smaller versions of larger compositions or isolated paintings.

This Penitent Saint Peter is a wonderful example of Saraceni's exploration of the copper medium as well as a specific composition, which he repeated several times, a testament to its popularity. The primary version is in the Fabrizio Lemme Collection in Rome1 and is thought to have been executed in 1618. Two separate workshop versions have appeared on the market in the past thirty years.2 The present lot is believed to have been executed between 1618-1620, before the artist left for Rome. The superb quality of the figure lends itself as a work completed by the master rather than one of his pupils.

We are grateful to Professor Maria Giulia Aurigemma for endorsing the attribution to Carlo Saraceni on the basis of digital photographs.