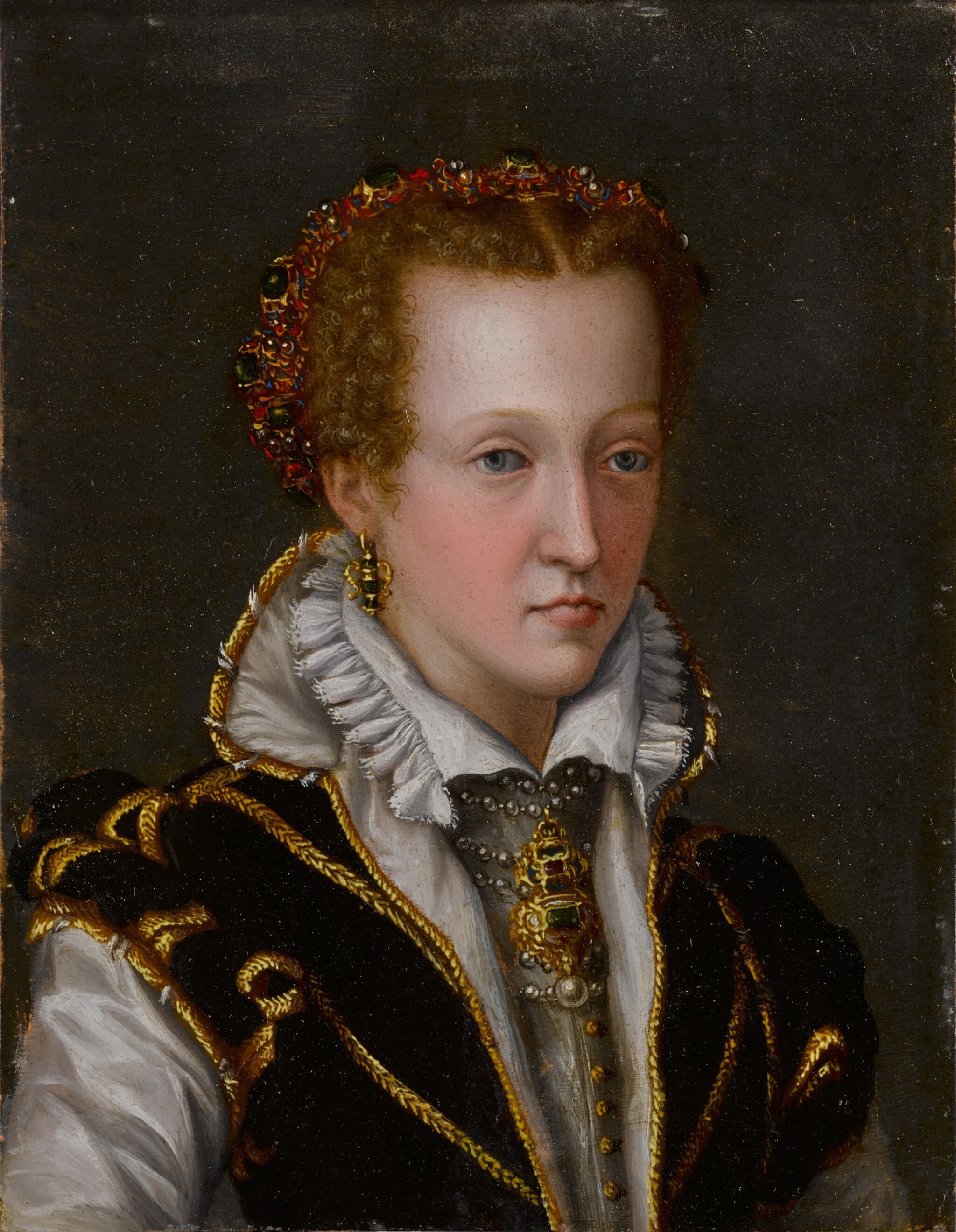 Datable to the second half of the 1560s, this small, jewel-like portrait painted on copper by the Florentine master Alessandro Allori captures the likeness of the young Joanna of Austria (1547-1578), Archduchess of Austria and later Grand Duchess of Tuscany. Born in Prague as the youngest child of the Holy Roman Emperor Ferdinand I of Austria and Anna of Bohemia and Hungary, Joanna married Francesco I de' Medici, Grand Duke of Tuscany, in Florence in December of 1565. Their union brought forth several children, including Eleanora and Marie de' Medici, the latter of whom became the queen of France.

The present picture relates to the types of portraits of Joanna painted by Allori and his workshop in the second half of the 1560s as a celebration of this important dynastic marriage. In many of these portraits, as in this one, the blue-eyed Joanna wears a sumptuous costume and magnificent jewels, many of which were commissioned from the Medici court jewelers. The bejeweled garland in her hair, for example, made of precious stones of emerald and pearls and set into enameled mounts was likely manufactured in 1567. She also wears elegant strands of pearls, delicate urn-shaped earrings, and a large jeweled pendant of rubies and emeralds. The copper surface of this painting lends further brilliance to the stones as well as to the gilded details of her jewels and costume.

Other versions of this portrait type are known, including one very fine example on panel in the Williams College Museum of Art,1 possibly the prototype of the series, one on panel in the Tesoro dei Granduchi in the Palazzo Pitti, and one on panel that appeared on the market the spring of 2016.2

We are grateful to Dr. Adriana Concin for her invaluable assistance in this catalogue entry.