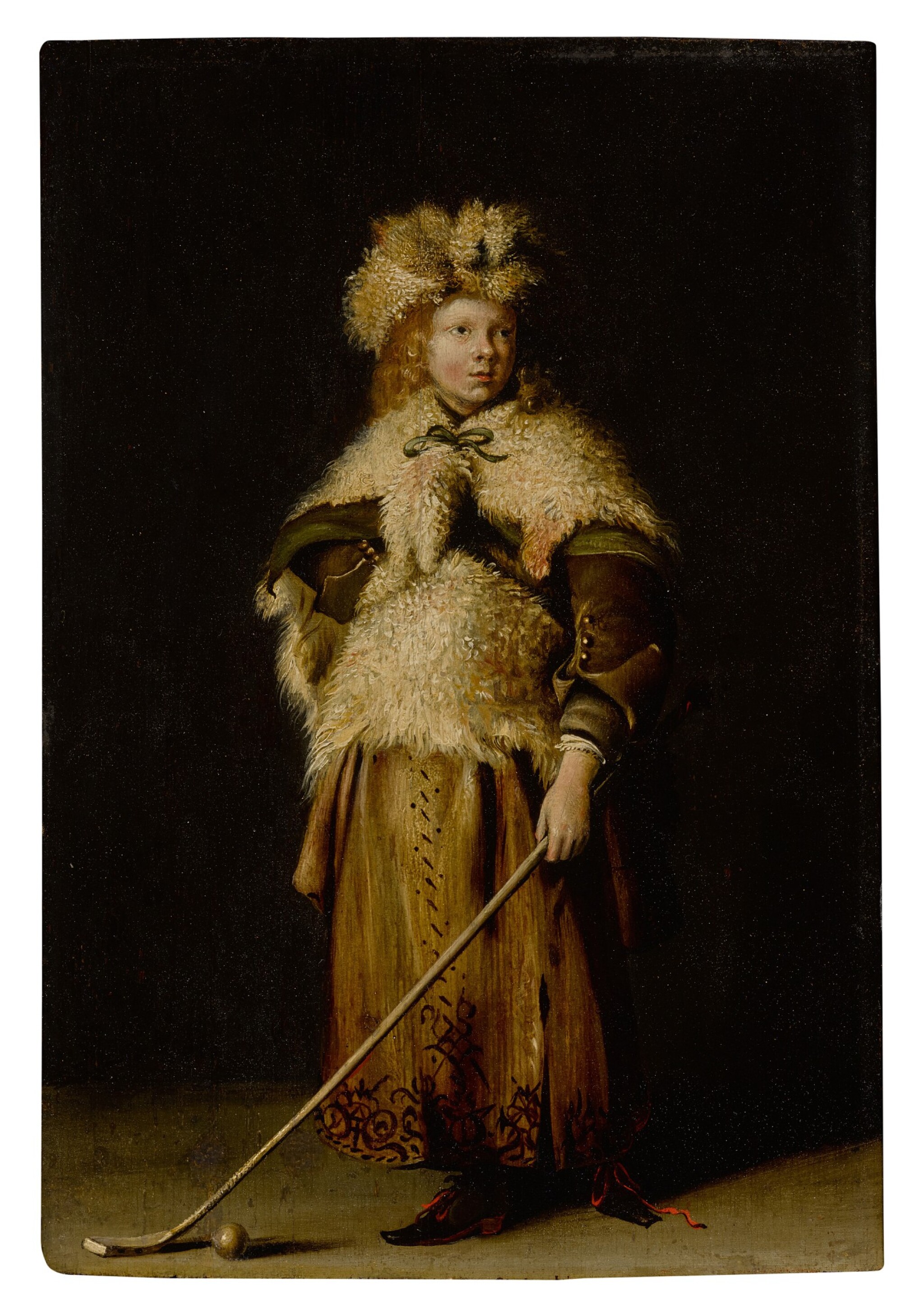 Miss Phylis Pearson;
By whom sold, London, Christie's, 29 March 1968, lot 110 (as Aelbert Cuyp);
Where acquired by Edward Speelman, London;
From whom presumably acquired by the family of the present owner.

This painting of a young child in an elaborate fur costume is a rare example from the Dutch Golden Age of a full-length child portrait holding a kolf club. What at first might appear to be a humble winter ensemble is, upon closer inspection, a quite lavish fur costume with matching hat, shoulder cape, and bodice. Together with the textured and beautifully stippled fur of the costume, the embroidered skirt and red silk lace shoes lend further emphasis to the extremely refined quality of the painting. It has been suggested that this highly specific costume may originate from Poland, based on comparison with a full-length portrait of a young boy in so-called "Polish dress" by Caspar Netscher in the Czartoryski Museum, Krakow.1

The game of kolf, in which a club was used to hit a stuffed leather ball, was a popular game in the provinces of Holland in the sixteenth and seventeenth centuries, regularly appearing in paintings and drawings from the period. The image of a child holding a kolf club and wearing formal dress became a particularly popular format in children's’ portraiture, though to find an example on such a small scale and with no landscape adornment is a true rarity.

The likely painter of this small panel has thus far eluded scholars, but it does seem to have been executed during the first half of the seventeenth century and possibly in Amsterdam by an artist in the close circle of Thomas de Keyser, Dirck Dircksz. Santvoort, or Gerard ter Borch. De Keyser, in particular, was highly influential in developing the full-length children's portrait, though his work in this sub-genre often include elaborate interiors. The present panel, with its intimate scale, simple background, and highly specific fur costume suggest a work of an extremely personal nature, possibly not intended for the open market.