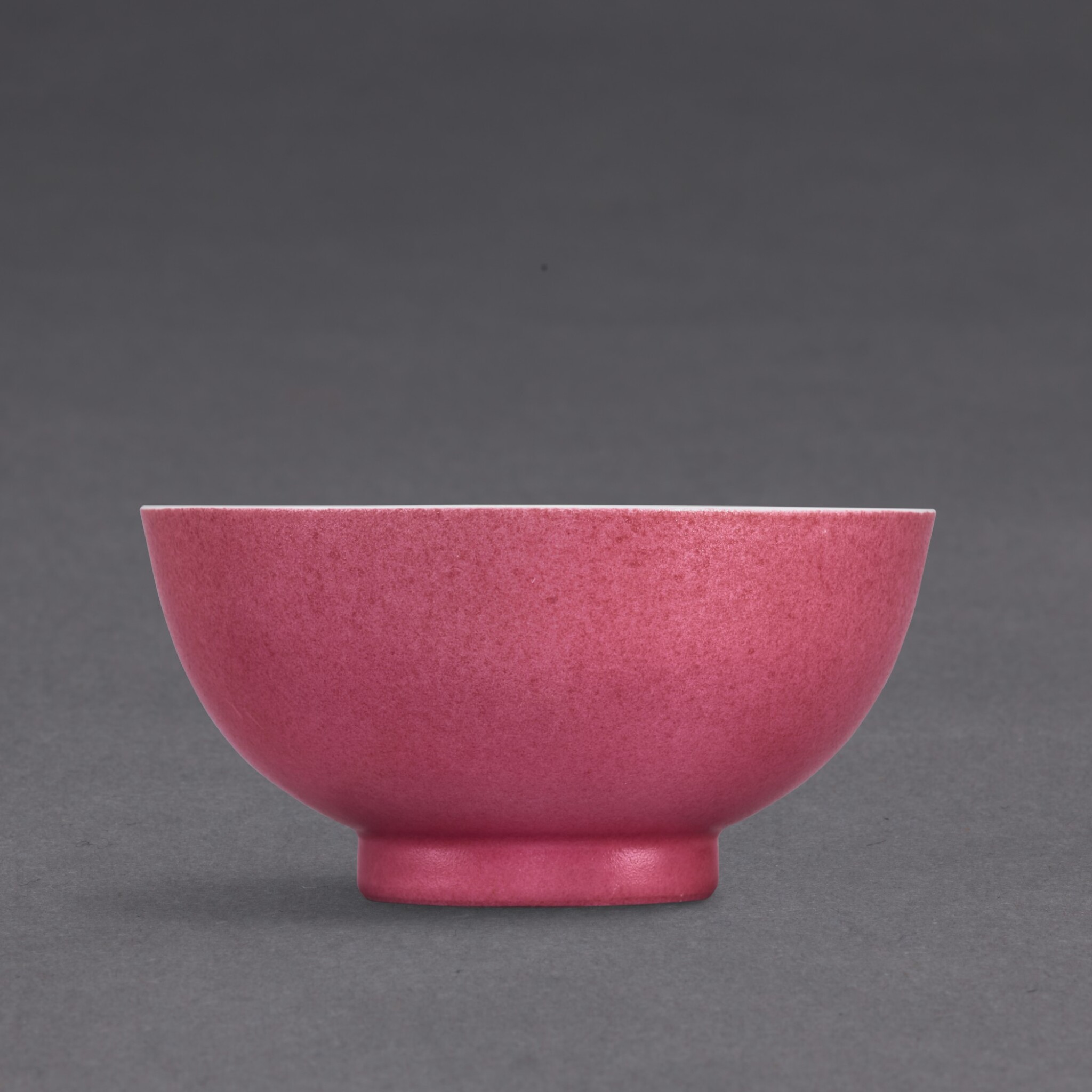 The bowl is in very good condition with just very light general surface wear. Numbers are inscribed on the base as visible in the online catalogue.

The Art Institute of Chicago, accessioned in 1986.

Pink enamels began to be used at Jingdezhen in the latter years of the Kangxi reign and quickly revolutionised the palette of colours used on Chinese porcelain. The evolution of this colour documents the Chinese craftsmen's ability quickly to perfect a technique that had been developed only a few years earlier in Europe and used at the Meissen and Sevres factories.

For this type of wares, after the initial firing of the white porcelain body, the gold-based enamel was blown onto the surface before its second firing at a lower temperature (approx. 800 °C), resulting in a mottled effect as seen on the present bowl.

Compare a Yongzheng period vase decorated with a slightly paler pink enamel in the Palace Museum, Beijing, illustrated in The Complete Collection of Treasure of the Palace Museum. Monochrome Porcelain, Hong Kong, 1999, pl. 31. The author notes that the vase may be the only pale pink piece in the collection of the Museum and that its rarity suggests that it was likely an experimental outcome during the Yongzheng period when pink enamel in general was especially popular in porcelain production.