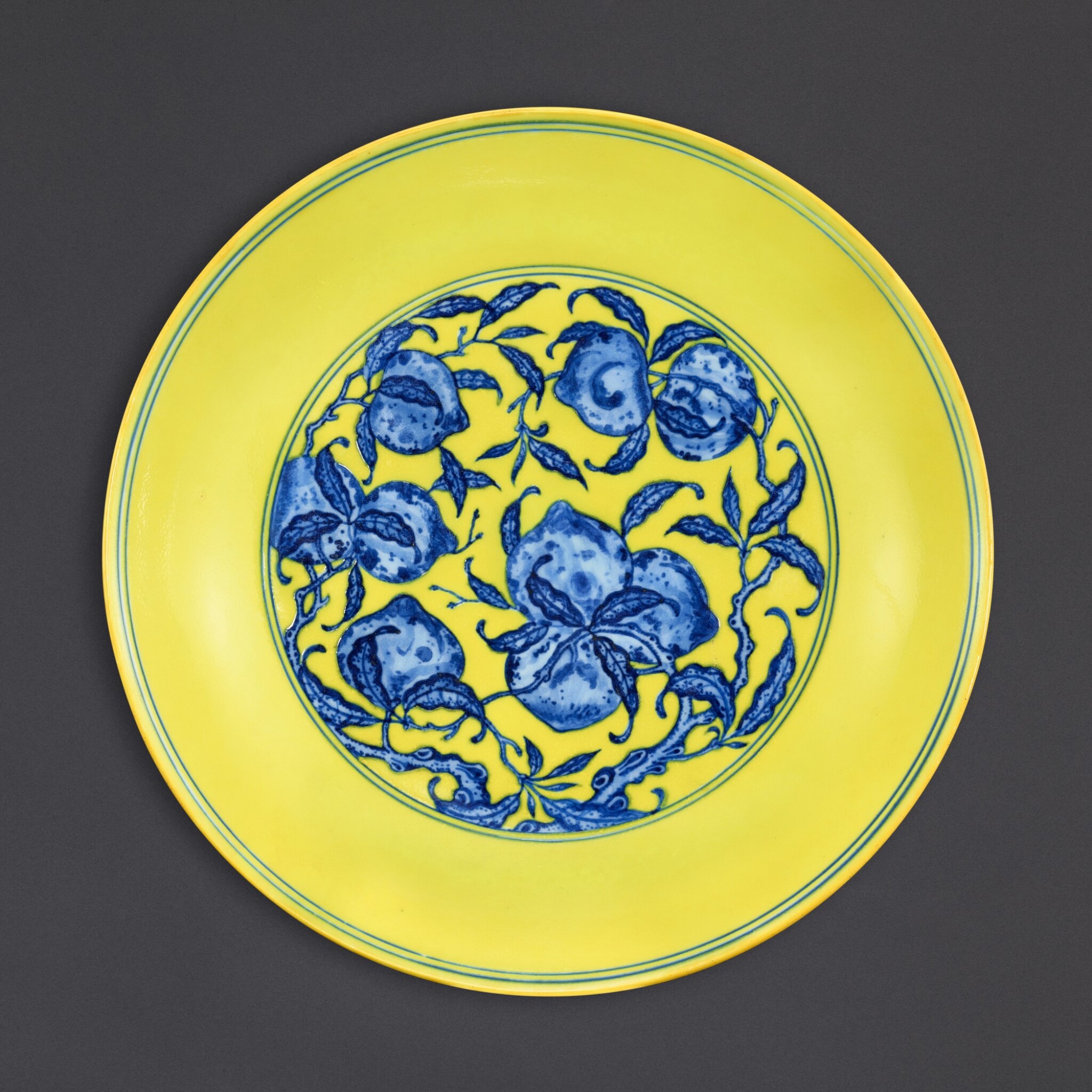 The dish is in very good condition.

This dish reveals the Qianlong Emperor’s admiration for the celebrated wares of the early Ming dynasty. The motif of fruiting peaches was first devised during the Yongle period and became a favorite motif of the Qing emperors because of its association with longevity. Although the decoration on this dish is a Qianlong-era reinterpretation, it is intentionally painted in the Ming style with the characteristic ‘heaping and piling’ effect, evoking the iconic porcelains of the previous dynasty. Similarly, the attractive contrasting palette of blue and yellow first appeared on porcelain during the Xuande reign, but continued to be produced throughout the Ming and Qing dynasties.

Dishes of this type are held in important private and museum collections worldwide. One in the National Palace Museum, Taipei, is illustrated in Blue and White Ware of the Ch’ing Dynasty, vol. 2, Hong Kong, 1968, pl. 29; another in the Nanjing Museum, Nanjing, is published in Treasures in the Royalty: The Official Kiln Porcelain of the Chinese Qing Dynasty, Shanghai, 2003, pl. 221; and a third from the Yokogawa Collection, is published in the Illustrated Catalogues of the Tokyo National Museum. Chinese Ceramics II, Tokyo, 1965, pl. 625. For examples sold at auction, see one from the collection of Bruce Dayton and Ruth Stricker Dayton, sold in our New York rooms, 21st September 2021, lot 72; and a pair from the T. Y. Chao Collection, included in the exhibition Ch’ing Porcelain from the Wah Kwong Collection, Chinese University of Hong Kong, Hong Kong, 1973, cat. no. 45, and sold in our these rooms, 19th May 1987, lot 316.