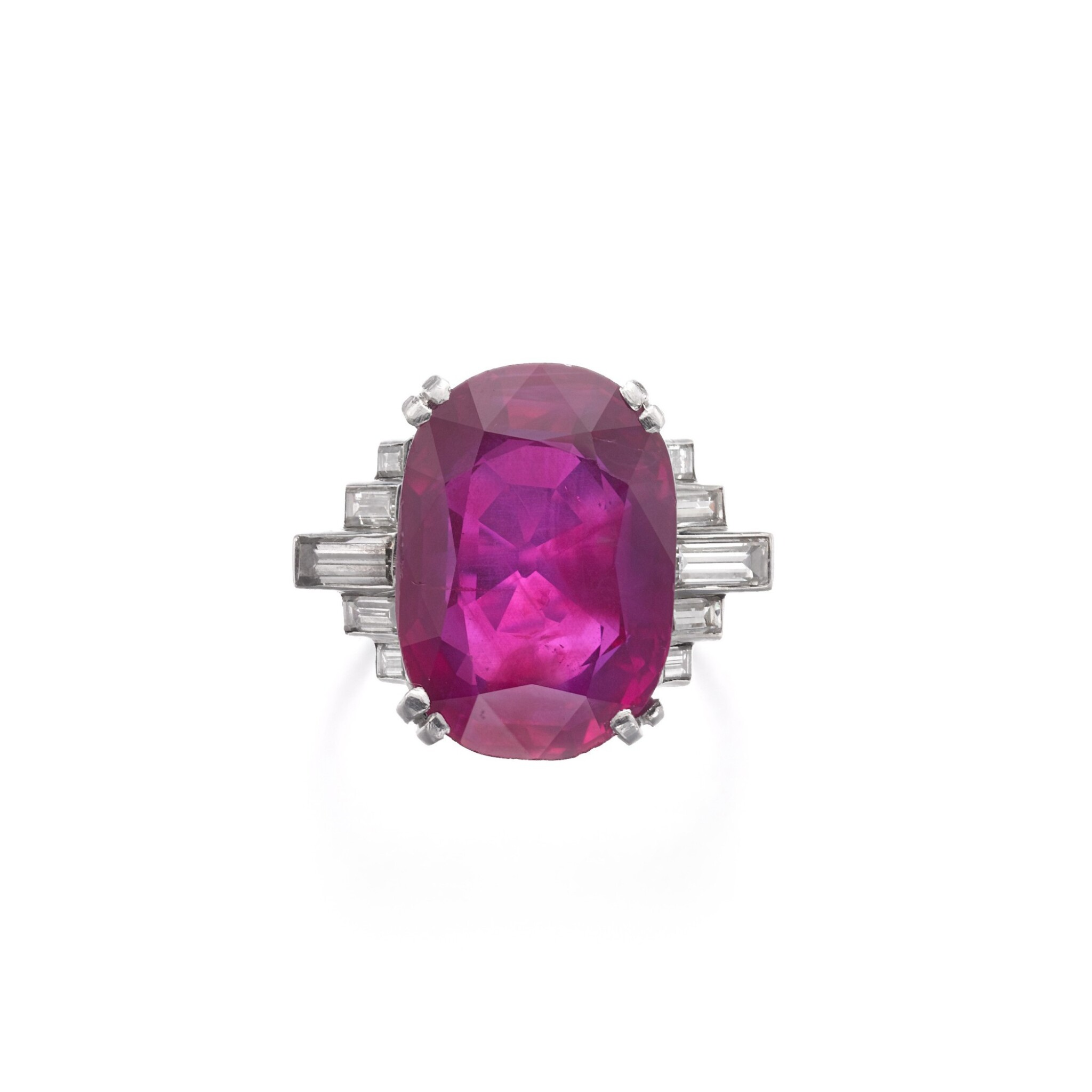 Formerly in the Collection of H.H. Sri 3 Maharaja of Kaski and Lamjung, Sir Chandra Shumshere Jung Bahadur Rana of Nepal

Accompanied by SSEF report no. 118805, stating that the ruby is of Burmese origin, with no indications of heating.

Accompanied by SSEF report no. 118805, stating that the cushion-shaped ruby weighing 12.04 carats, measuring 15.66 x 11.45 x 6.36mm, is of Burmese origin, with no indications of heating. French import assay mark for platinum. Ruby of medium saturation with some pink tones, with typical inclusions, some surface-reaching, chips and abrasions. Scratches to the mount consistent with age and use. Sizing line visible to the base of the band. In overall good condition. Gross weight approximately 8 grams.

Sir Chandra Rana was the 5th Prime Minister of the Rana Dynasty of Nepal. During his time in office Chandra Shumshere brought about new reforms, abolishing slavery and the act of Sati, and maintained the independence of the Kingdom of Nepal throughout the Colonial era which culminated in the Anglo-Nepalese Treaty of Friendship in Katmandu on 11th December in 1923, with Britain recognising the independence of Nepal. He travelled extensively and attended the Coronation Durbar at Delhi in 1903 and again in 1911 when he was granted a 19 gun salute. He welcomed international Royalty in Nepal and received King-Emperor George V in December 1911 and King Edward VIII as Prince of Wales in December 1921. Part of his legacy is his donation of the largest collection of ancient Sanskrit Manuscripts to the University of Oxford, known as the Chandra Shumshere Collection.

The Rana family amassed great wealth, including property and jewellery. The ruby in this ring was originally part of Chandra Shumshere’s collection and was remounted by the family in the 1930s, and has thence passed down by descent.