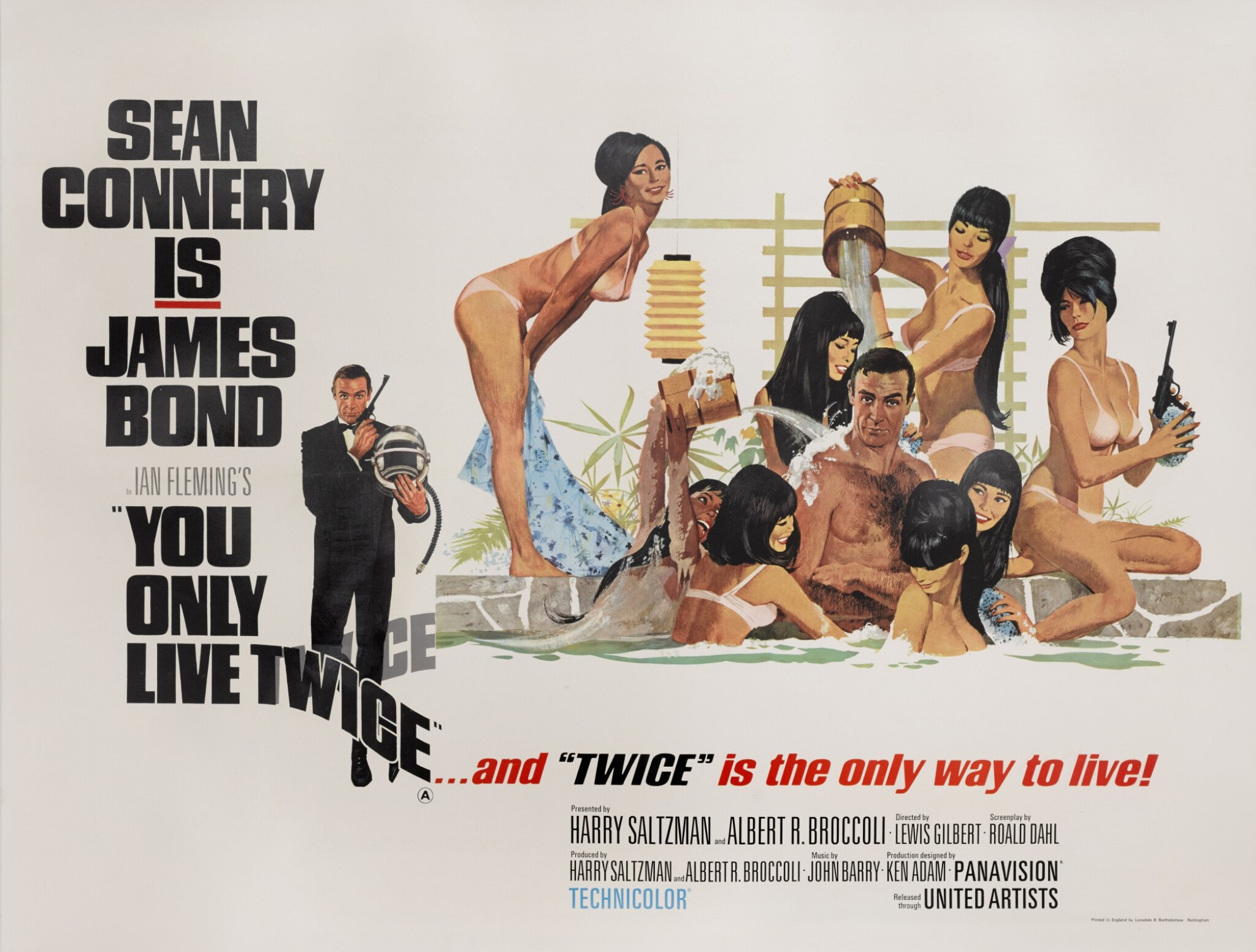 The advertising department for the film's release led a wide reaching campaign. They created three different posters, featuring Sean Connery in the bathtub, surrounded by girls, Connery with the famous Little Nelly flying machine, and Connery inside the volcano. This style C, bathtub, poster is the most sought-after of the three.

Excellent condition, colours remaining very bright, minor restoration to only one small fold on the middle left-hand side of the poster, and a couple of minor surface abrasions in the white background.