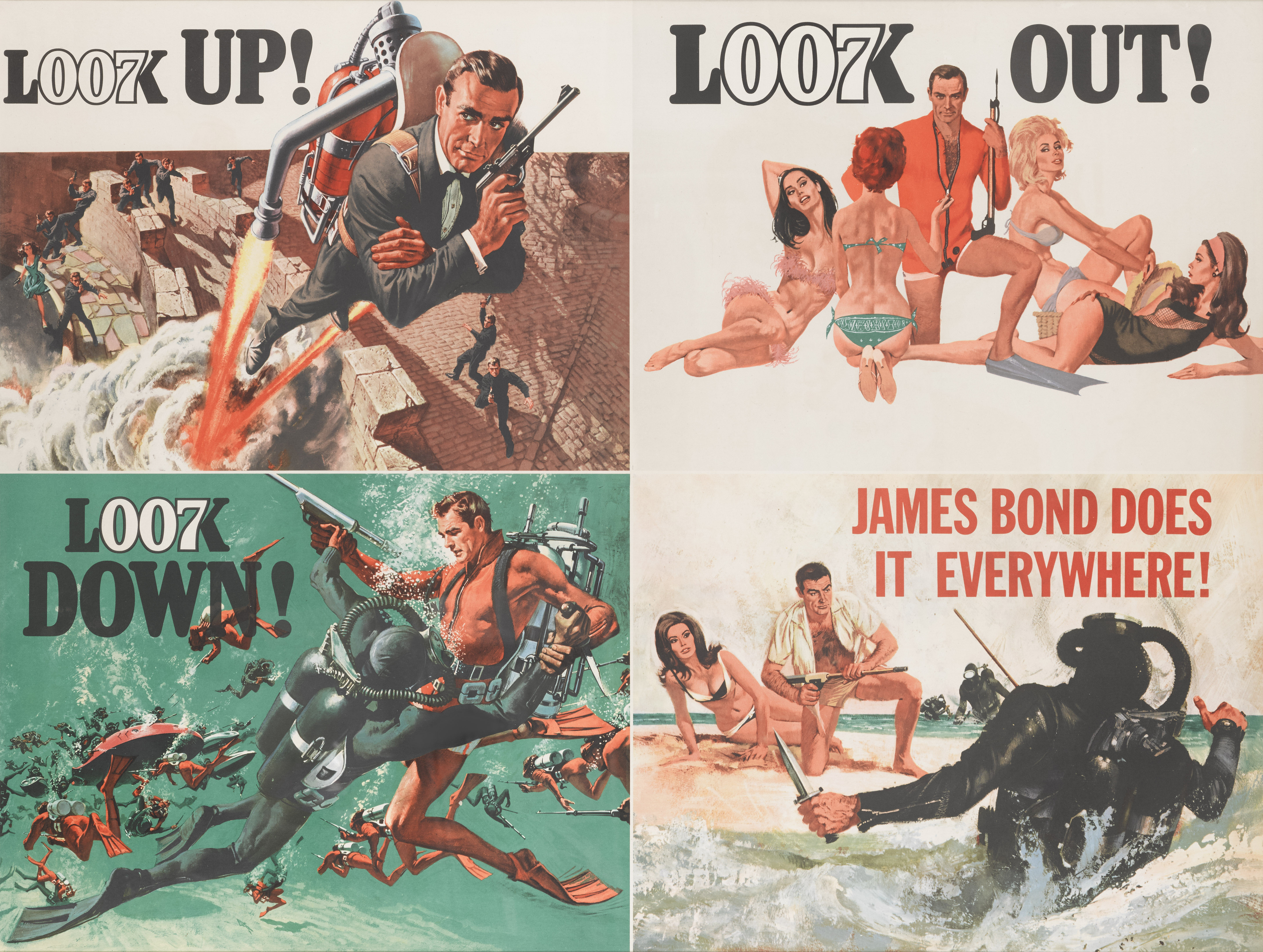 The artwork and wording 'look up, look down, look out' was mainly used on the American poster campaign, and does not feature on the main British poster, which only features 'look out'. However, it was fully used on this advance British poster. When these posters were sent to cinemas they had two ways to display them. They could be cut into four separate pieces and displayed throughout the cinema, or as with this piece, kept whole.

Exceptionally rare advance British poster. The uncut posters are more desirable and much harder to find, especially in this exceptional condition.

This was the fourth in the James Bond series produced by Eon Productions, and starring Sean Connery. The film was directed by Terence Young, who had directed the first two Bond films. James Bond films are well known for their gadgets, this film being no exception with the introduction of Bond's Bell Rocket Belt (developed by Bell Aircraft Corporation).