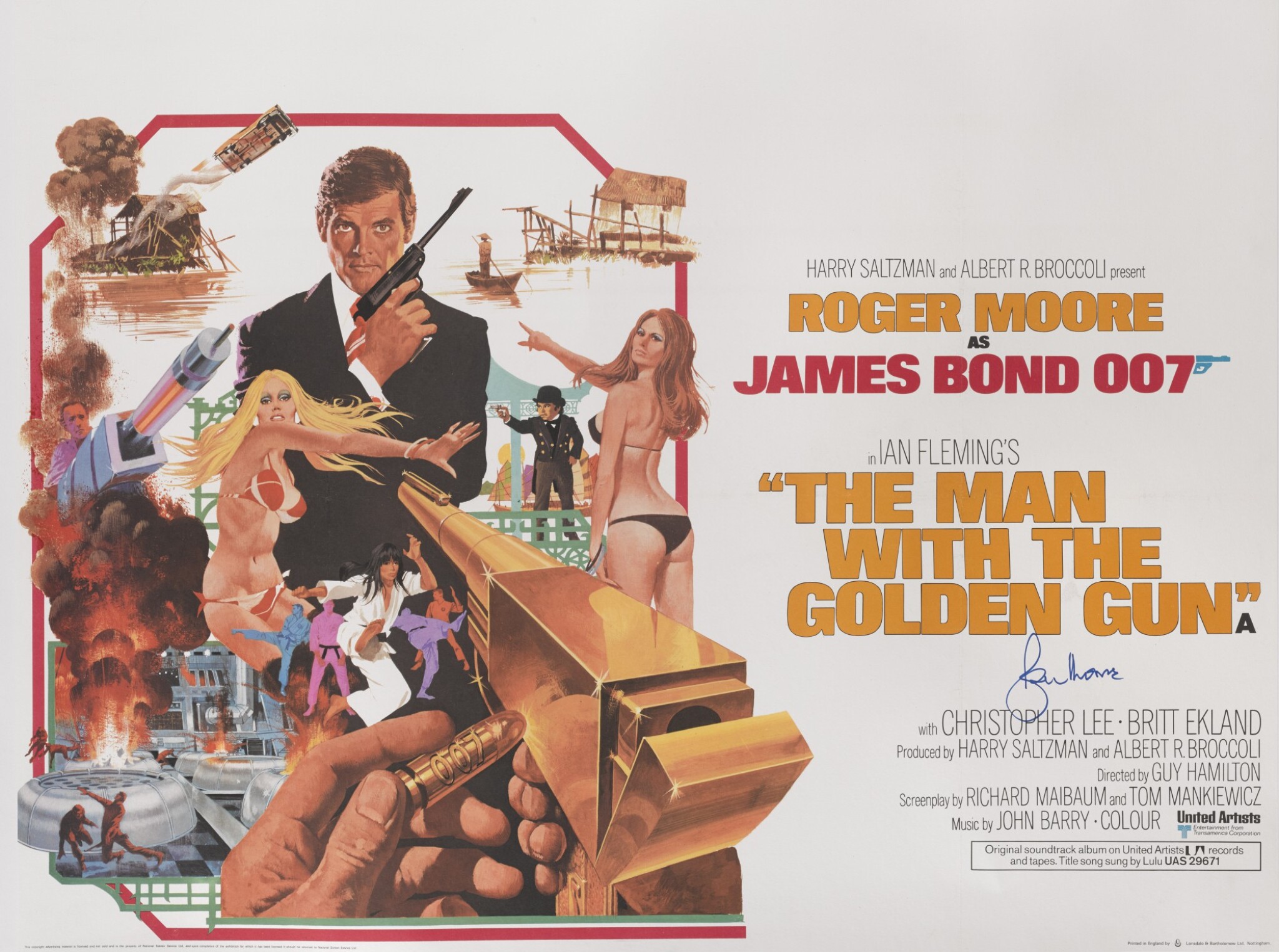 It is exceptionally rare to have an original poster signed, as the majority of signatures are on pieces of paper, photographs and video/DVD sleeves.

This was the ninth film in the series produced by Eon Productions. It was the second time that Roger Moore played James Bond, and the fourth and final time that Guy Hamilton would direct a Bond film. Christopher Lee plays the villain Francisco Scaramanga, whose golden gun is one of the most memorable Bond film props. The golden gun was made from Scaramanga's fountain pen, cigarette lighter, cigarette lighter and cufflinks - all made of gold (see lot 108). This film was loosely based on Ian Fleming's novel, published in 1965.

Excellent condition, colours remaining very bright, minor restoration to folds. There are a couple of small minor black marks in the white background of the title area.

Formerly in the collection of a gentleman who worked from Pinewood Studios at the same time as Roger Moore.
An unsigned example can be found in The Official 007 Collection: James Bond Movie Posters, Boxtree, 2001, pp. 96-97 (featuring posters from Eon Productions' archive); James Bond: 50 Years of Movie Posters, Dorling Kindersley, 2012, pp. 152-153