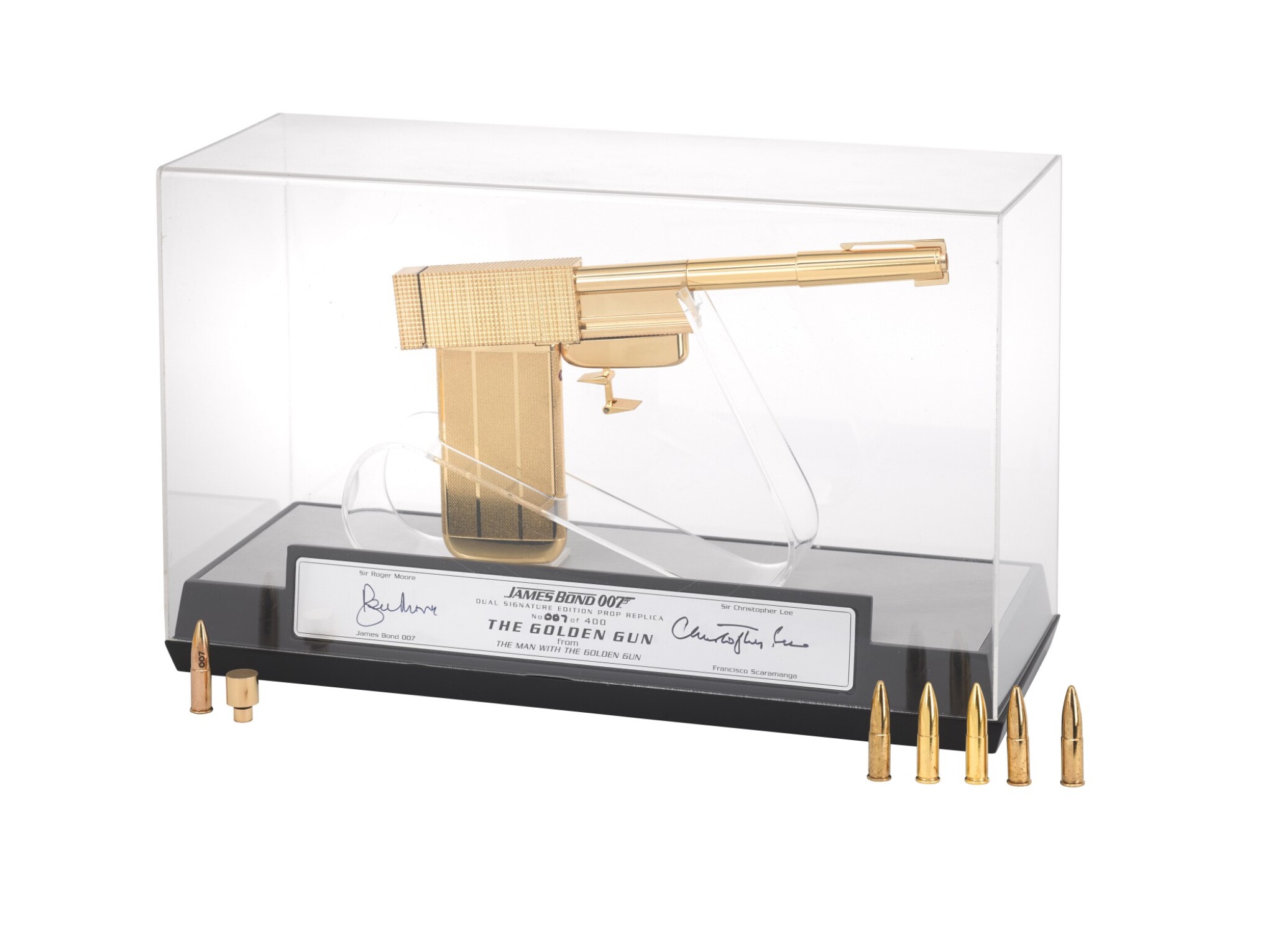 This piece was officially licensed to Factory Entertainment by Danjaq, LLC and EON Productions Limited. There are five pieces that make up the gun (fountain pen, lighter, cigarette case, cufflink and inscribed 007 bullet), together with an additional five golden bullets, which were given to those who pre-ordered this special edition. The components of the gun are 18 carat gold plated. The gun and bullets are housed in display case, which has been signed by Sir Roger Moore (James Bond 007) and Christopher Lee (Francisco Scaramanga). Also accompanying this piece is the original leaflet and boxes. This piece is numbered 007/400 which is the ultimate edition number for any Bond collector.

This was the ninth film in the series produced by Eon Productions. It was the second time that Roger Moore played James Bond, and the fourth and final time that Guy Hamilton would direct a Bond film. Christopher Lee plays the villain Francisco Scaramanga, whose golden gun is one of the most memorable Bond film props. The golden gun was made from Scaramanga's fountain pen, cigarette lighter, cigarette lighter and cufflinks - all made of gold. This film was loosely based on Ian Fleming's novel, published in 1965.

Housed in a perspex display case

Excellent condition. The presentation box has some minor wear, and the shipping box has tears and wear.