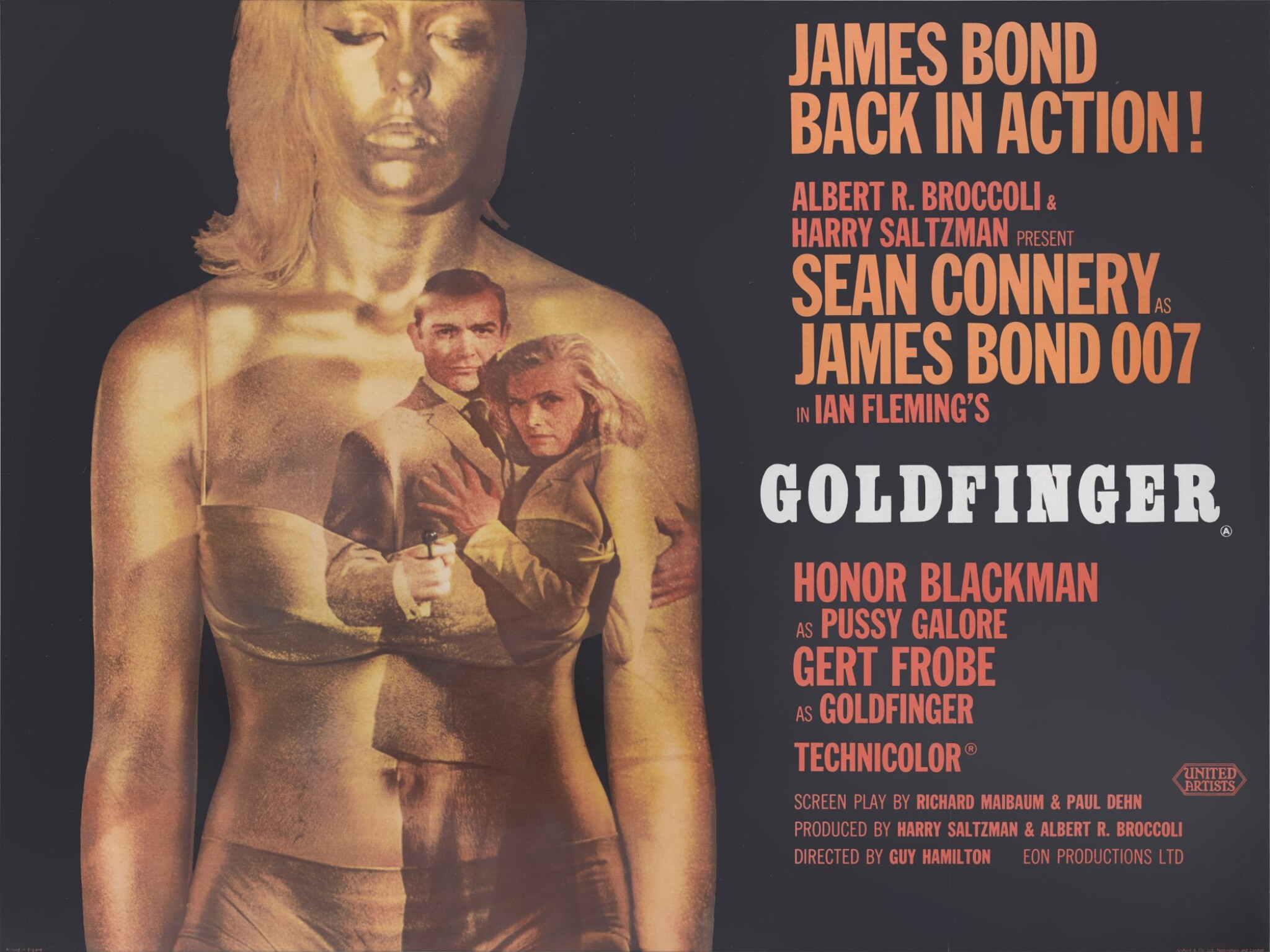 This famous poster by designer Robert Brownjohn, with the image of Shirley Eaton covered in gold paint, together with Sean Connery and Honor Blackman in the foreground is, surely, the most recognisable Bond poster.

This was the third time that Sean Connery would play James Bond 007. The film was produced by Eon Productions, and was the first of four Bond films that Guy Hamilton would direct. This is a hugely popular film in the Bond series, with the unforgettable lines 'Do you expect me to talk?', 'No, Mr. Bond, I expect you to die'.

Excellent condition, colours remaining very bright, minor restoration to folds. There is some light wear in the dark background.