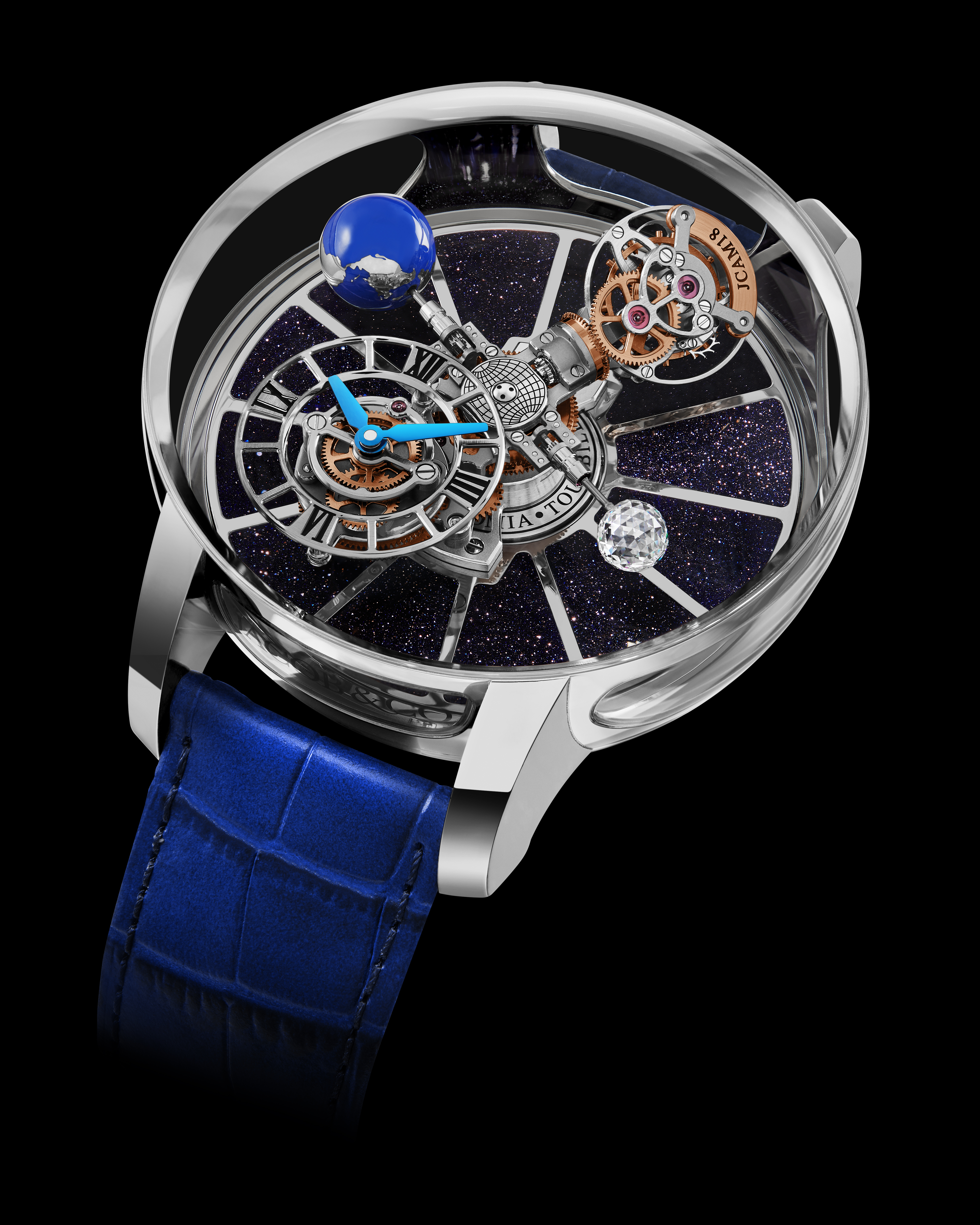 Case: The case is in overall excellent condition with minor signs of wear throughout. Some visible surface scratches in between the lugs near the lug holes. Private Astronaut, Eytan Stibbe, fitted an alternative strap for use purposes on the AX-1 mission.

Dial: The dial is in overall excellent condition.

Please note that a portion of the seller’s proceeds will be donated to the Davidson Institute of Science Education.

Jacob & Co., Bucherer BLUE, and Sotheby’s, are reaching for the stars. The two famed watch companies, celebrated for their innovative and dazzling designs, along with Sotheby’s, the world’s premier destination for art and luxury, have joined forces in the spirit of exploration to send a special timepiece into the unmapped vastness of space before going up for a charitable auction this summer. Named the Jacob & Co. Astronomia Bucherer BLUE, the unique watch, a marvel of Swiss craftsmanship and the decorative arts, was the first triple axis tourbillon ever to leave the earth’s atmosphere, shuttled on the first private, all-commercial mission into the cosmos.

On 8 April, Axiom Space launched the world’s first privately crewed mission to the International Space Station, of which, all four crew members safely returned off the Florida coast on Monday, April 25. The AX-1 mission studied microgravity through experiments focused on science, education and outreach. One of the mission specialists, Eytan Stibbe, had the distinction of carrying along the Jacob & Co. Astronomia Tourbillon Bucherer BLUE.

The Rakia mission, along with the Astronomia Tourbillon Bucherer BLUE, spent 17 days 1 hour and 37 minutes in space, as the space crew orbited the Earth 273 times at an altitude of 250 miles at nearly 17,500 mph, traveling over 7 million miles in total.

Sotheby's is honored to offer the present lot, without reserve, with proceeds benefiting the Davidson Institute of Science Education, a public nonprofit organization aimed at promoting and nurturing the scientific, mathematical and technological education in Israel.