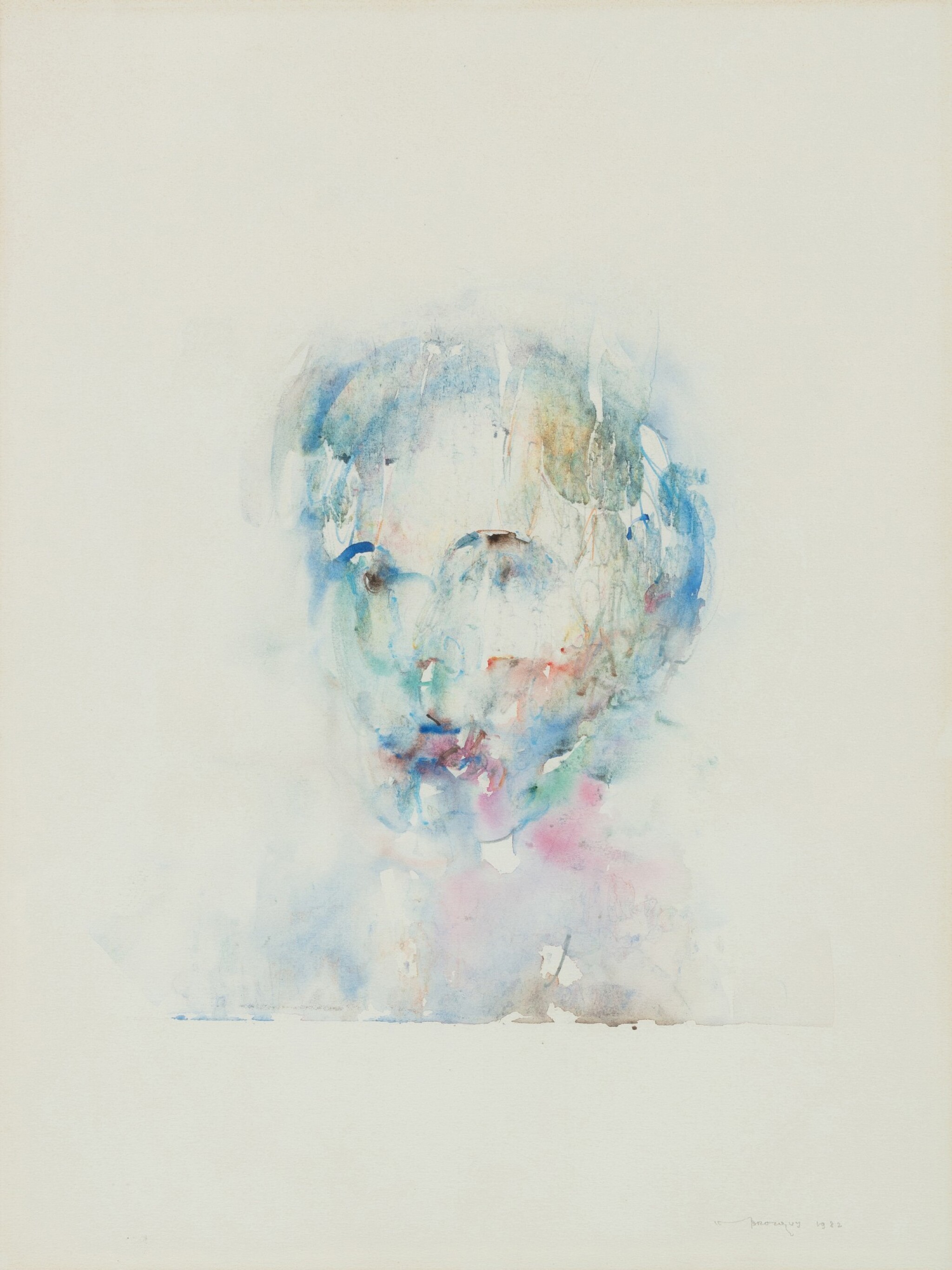 Image of W. B. Yeats

Image of W. B. Yeats

The sheet appears sound and the work in good overall condition. Some slightly discolouring to edges of sheet and possible minor traces of foxing.

Held under glass in a blue frame with a blue mount; unexamined out of frame.

Acquired directly from the Artist in the 1980s, thence by descent to the present owner

Le Brocquy’s portrait series began in the mid-1960s, following the artist’s fascination with the Polynesian heads that he saw at the Musée de Homme in Paris. Feeling inspired by this encounter, he first made portraits of heads which were non-specific and unrelated. It was not until he was invited by the Swedish gallerist Per-Olov Borjesson to contribute towards a portfolio of Nobel prize-winners, where he began to depict specified sitters.

Following this project, le Brocquy created portraits which depicted a range of well-known literary figures and fellow artists from both during and before his time. This included the renowned Irish poet W.B. Yeats. While widely considered as one of the greatest poets of the 20th century, le Brocquy had also known Yeats as a young boy growing up in Ireland. This fitted le Brocquy’s aspirations for his ‘Portrait Heads’ series: with these works he aimed to reveal the inner personality and vulnerability of highly respected public figures, of which included James Joyce, Francis Bacon, and Samuel Beckett.

Yeats was therefore a prime subject for le Brocquy, resulting in multiple portraits of the poet which are all different in style, mood and feeling. Departing from traditional portraiture in this series, this watercolour painting almost creates an ‘impression’ of the sitter, rather than a complete picture. Yeats’s head and neck area are only partially formed, while his surroundings have been intentionally left as white space by the artist to create more of an air of mystery.

Executed in watercolours as opposed to oil paints, the present work is softer, and perhaps warmer and more inviting than some of the other works from this series. Le Brocquy uses a pastel palette of blues, pinks and greens, reflecting the more Romantic nature of Yeats’s poetry. The softly blended and flowing application of this colour could also allude to the poet’s renowned use of symbolism and dream-like references across his writings.

While le Brocquy uses the watercolours to their full advantage to create an overall ethereal, dream-like effect here, he nonetheless allows Yeats’s eyes to create a precise and direct stare out at the viewer, suggestive of the poet actively returning the exploration into the mind and soul of the person in front of him.