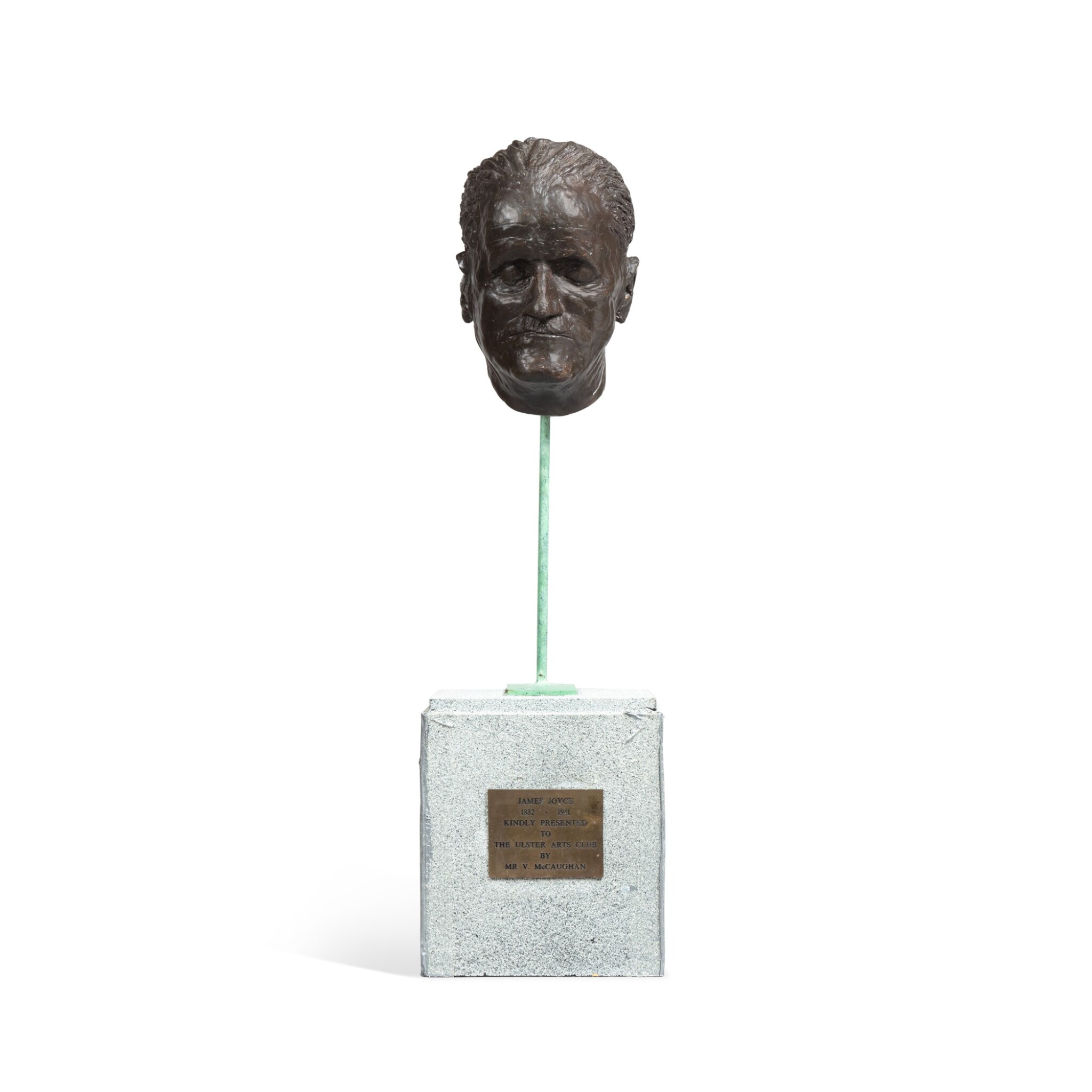 Victor McCaughan, by whom presented to the Ulster Arts Club

Garrett O'Connor, where acquired by the present owner circa 2006

On the day of James Joyce’s death in Zurich, 13 January 1941, his wife Nora gave consent to have a death mask made. Local artist Paul Speck was commissioned by the Joyce’s friend, art historian Carola Giedeon-Welcker, and produced two plaster negatives of Joyce’s visage, either late on the 13 January or the following day.

Both original plaster masks were presented by Speck to Giedeon-Welcker who retained the pair until the late 1950s. A third plaster mask by Speck, however, was made contemporaneously and quite possibly without Nora's or Gideon-Welcker's knowledge. It remains unknown whether this third version was taken directly from Joyce’s visage or if he used one of the two originals as a mould to produce a third.

Of these three, one is at the James Joyce Foundation in Zurich; one in the Joyce Tower Museum in Dublin and the other in the US Library of Congress (gifted in 1946 by Rudolp Brauchbar, son of Edmund Brauchbar, a former pupil of Joyce’s in Zurich).

The next chapter in Joyce’s death mask becomes somewhat convulted. Up to six additional plaster masks were apparently made by Swiss sculptor Victor Dallo under the direction of Paul Speck. When these castings were made is unknown, but it is reasonable to suggest that they were completed in the early to mid-1950s. These six plaster masks are identical to Speck's original. The location of three of these masks can be identified to the Universities of Basle and Lausanne and the Zentralbibliothek in Zurich. The present example is likely one of the remaining versions made by Speck, and presented to the Ulster Art Club by Victor McCaughan, and later acquired by the present owner.