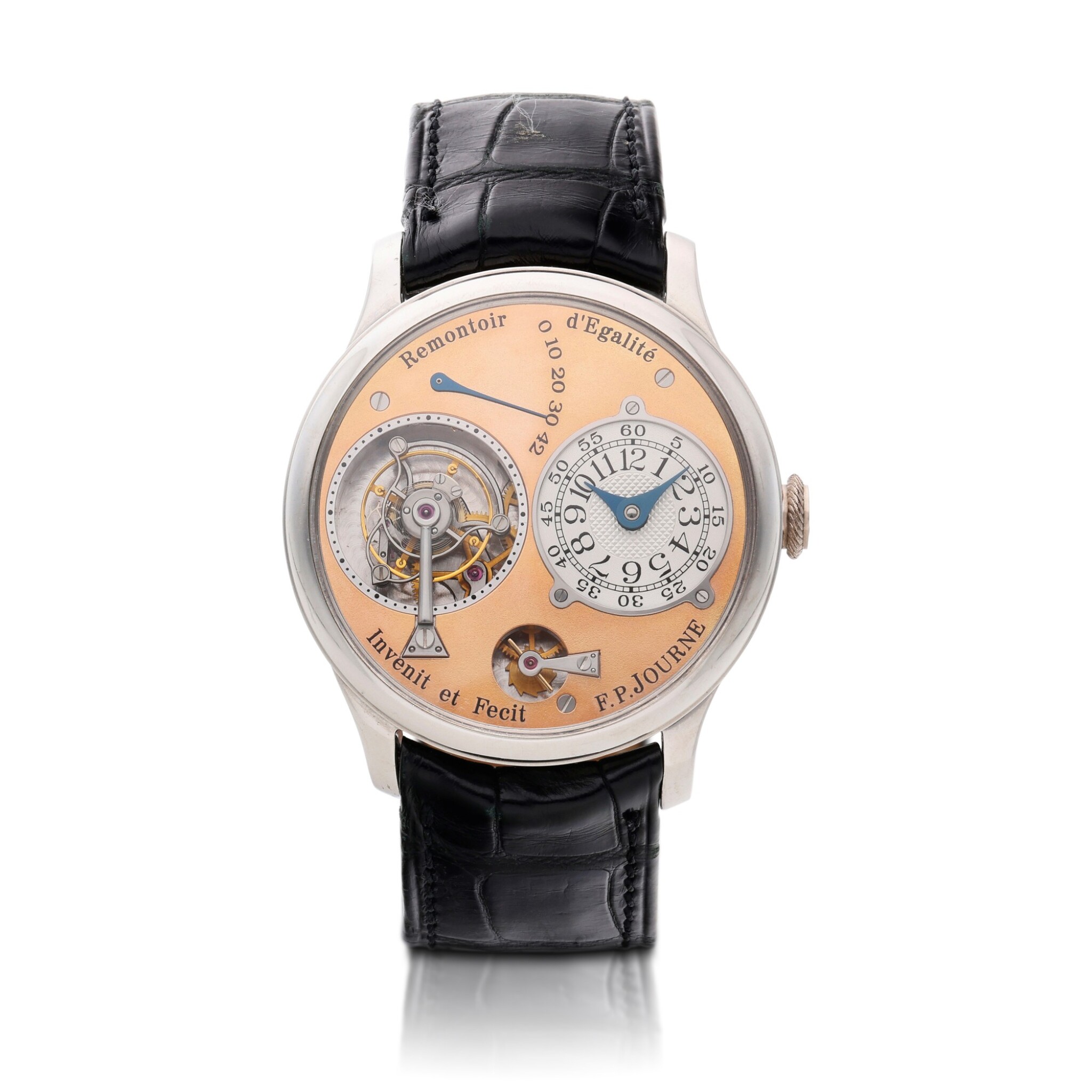 Case: The case is in overall very good condition with some surface scratches throughout visible especially around the bezel. The buckle with light scuffing.

Dial: The dial is in overall very good condition with light wear around the outer perimeter and the power reserve indication.

F.P. Journe started his watchmaking career restoring clocks and pocket watches and completing commissions received from some of the world's leading luxury brands including Cartier, Piaget and Harry Winston. Today, he is one of the most popular, collectable and collected watchmakers in the world.

In 1999, Journe initiated the Souscription following the footsteps of Abraham-Louis Breguet and 20 close clients and friends committed a deposit that allowed F.P. Journe to build 20 Tourbillon Souverain watches for each of them, and allowed Journe to start his own namesake manufacture. Each watch was numbered at 1 o'clock and measured 38mm in diameter, making them oversized watches for the time. The Tourbillon Souverain à Remontoir d'Egalite became the first wristwatch combining a remontoire constant force device and tourbillon.

The earliest of these souscription tourbillons was numbered on the dial from “1/20” to “20/20” as well as on the case back beside the crown. After these first 20 examples, the following watches were numbered on the caseback only and the numbering continued where the subscriptions watches ended with No 21. Between No 21 and 34, the were numbered ‘NoXX’ on the caseback, and then from the 35 examples onwards, the were numberd ‘XX/99T” (the ‘99 referring to the production year. For this very first production year, it is believed that approximately 60 examples were made in total.

The current watch, number 53/99T is from the 3rd generation from 1999. The watch is presented in superb condition having never been polished and having only been worn on a handful of occasions. The dial is beginning to take on same patina, not uncommon on these early pieces.

This example is coming to market for the very first time having been consigned from a very important collector who purchased the watch new in 1999. The watch is accompanied by its original strap and buckle, the original wooden display box and warranty card.