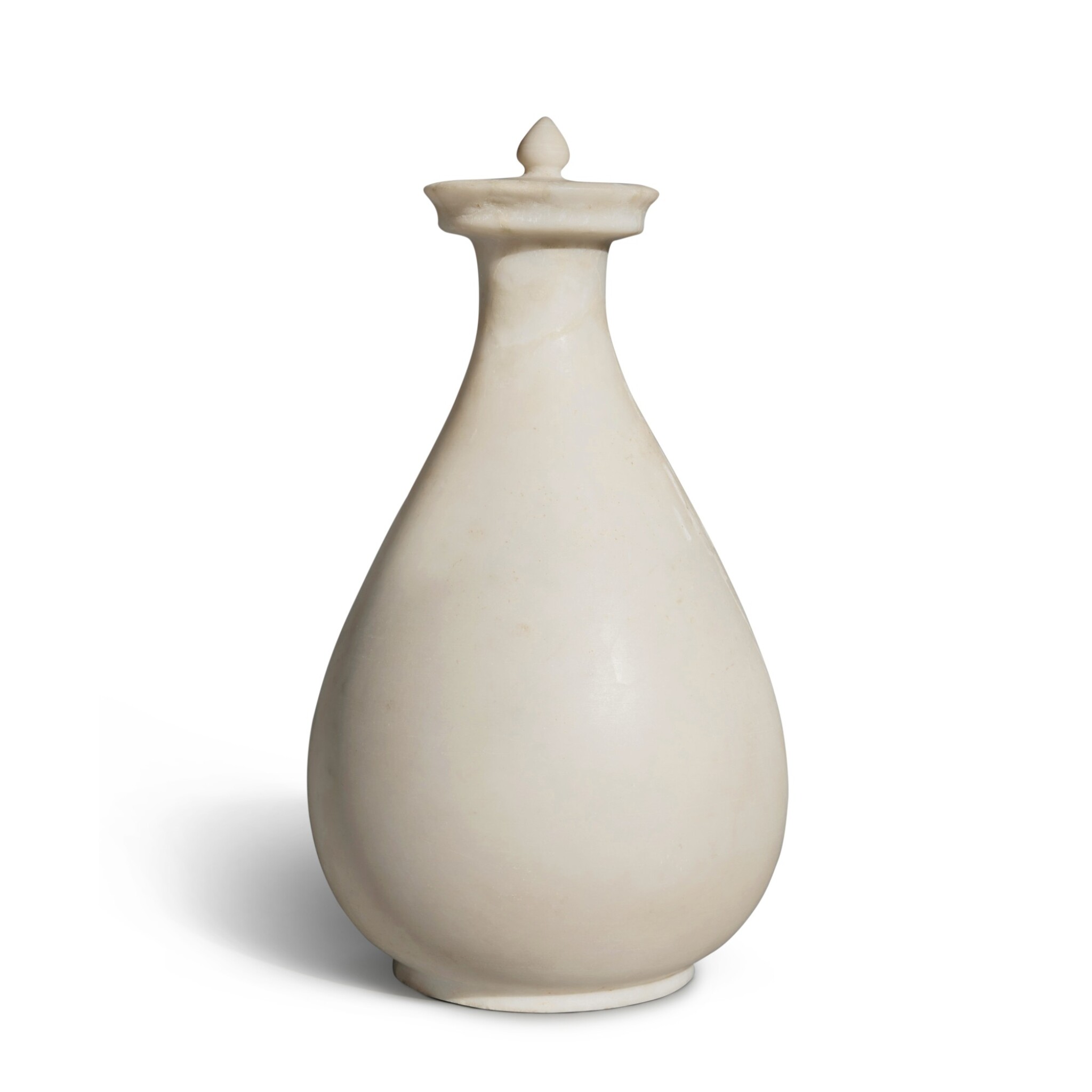 The neck, mouthrim and the cover have all be reconstructed.

It is extremely rare to find vessels of this early date made of marble, a medium that was then used for carving figural or animal sculptures. A few white marble vessels, such as a footed cup, a shallow dish and a box, have been excavated from a Tang dynasty tomb in Xingyuan village, Yanshi, Henan province, illustrated in Kaogu, no. 10, 1984, pls 7:6 and 8:2, with line drawings on p. 911, figs 9:1 and 6 and p. 912, fig. 10:4. Another Tang cup stand carved with floral and cloud motifs was sold at Christie’s Hong Kong, 1st December 2010, lot 3234.