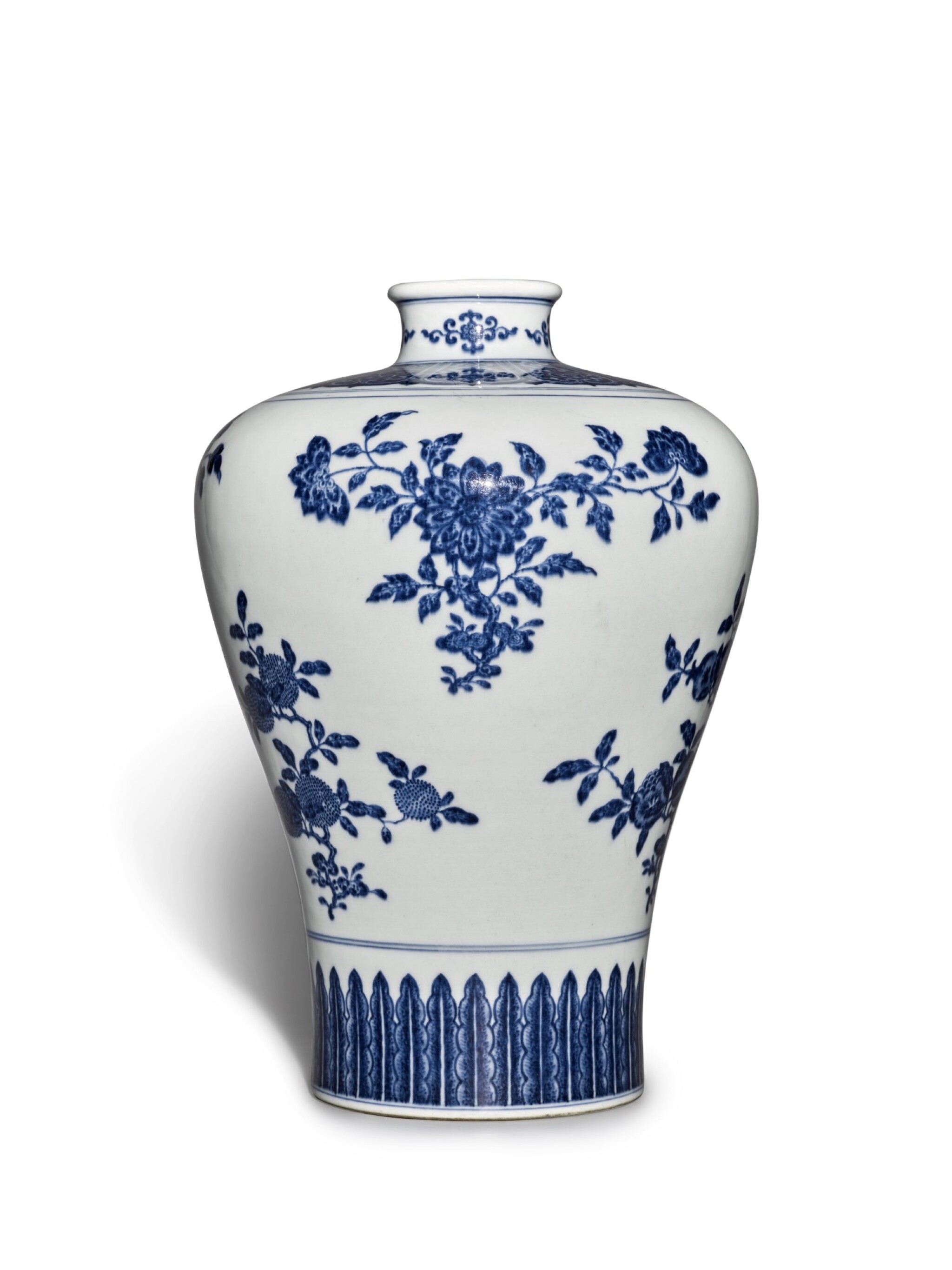 the base with a six-character seal mark in underglaze blue

Acquired in Los Angeles in the 1960s, and thence by descent.

A closely related vase, from the E.T. Chow Collection and sold in our Hong Kong rooms, 19th May 1981, lot 546, is illustrated in Michel Beurdeley and Guy Raindre, Qing Porcelain, London, 1987, pl. 153; and another is published in Chinese Porcelain. The S.C. Ko Tianminlou Collection, Hong Kong, 1987, pl. 63, where Julian Thompson discusses this group of Qing blue and white wares as painted with 're-designs' of Yongle patterns with changes of detail, particularly in the borders and with simulated 'heaping and piling' of cobalt blue (see p. 28). For the 15th century prototype of this design compare a meiping in the National Palace Museum, Taipei, illustrated in Minji meijin zuroku, vol. 1, Tokyo, 1977, pl. 12. Two other vases are illustrated in The Ardebil Shrine Collection, Hong Kong, 1981, cat. nos A69 and A70.