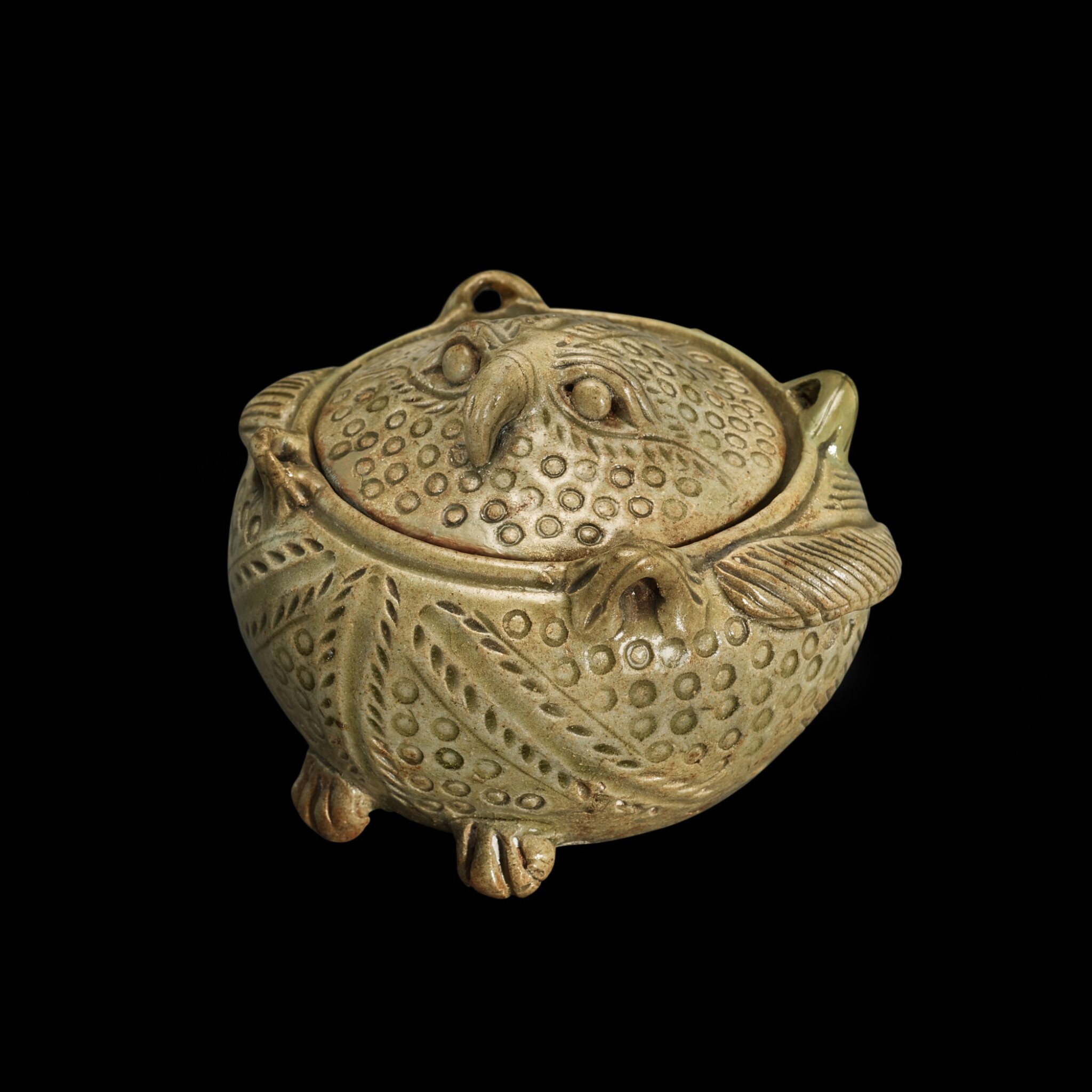 The box and cover are in good structural condition. There are expected nicks to the fragile extremities, some of which retouched with overpaint, including an approx. 4.2 cm. section to the edge of the cover, one loop handle and small sections of the rim of the box. There is also stabilisation to the other loop handles.

This irresistibly modelled owl vessel, its surface textured by stamping, pricking and incising, is a rare individually fashioned example from kilns in the Yue region of northern Zhejiang, which otherwise tended to produce in quantity. Gyllensvärd duly featured it in one of the very few large illustrations in his catalogue.

See a related Yue celadon 'owl' vessel and cover, attributed to the Western Jin dynasty, illustrated in Special Exhibition of Early Chinese Greenware: Principally Yueh Ware, National Museum of History, Taipei, 1996, pl. 42; it has a taller and more robust body, but the glaze is not as lustrous as the present piece. The author mentions that the 'owl' form has long been recorded in China since the Neolithic period, for example, a Yangshao culture owl-shaped pottery vessel unearthed in Shaanxi. The present 'owl' vessel possibly also draws inspiration from archaic bronze wine vessels, zun, from the Shang (16th century-c.1046 BC) and Western Zhou (c.1046-771 BC) dynasties, where owl form and motifs were common and widespread. Compare also a Yue celadon 'beast' vessel, recovered from a Westen Jin tomb dated to year 302 and now preserved in the Nanjing Museum. Both Western Jin vessels mentioned above have feet or talons applied several centimetres above the flat base, and are decorated with similar loop handles; these two particular decorative features can also be found in the present piece.