Property from an Important Collection 顯赫收藏 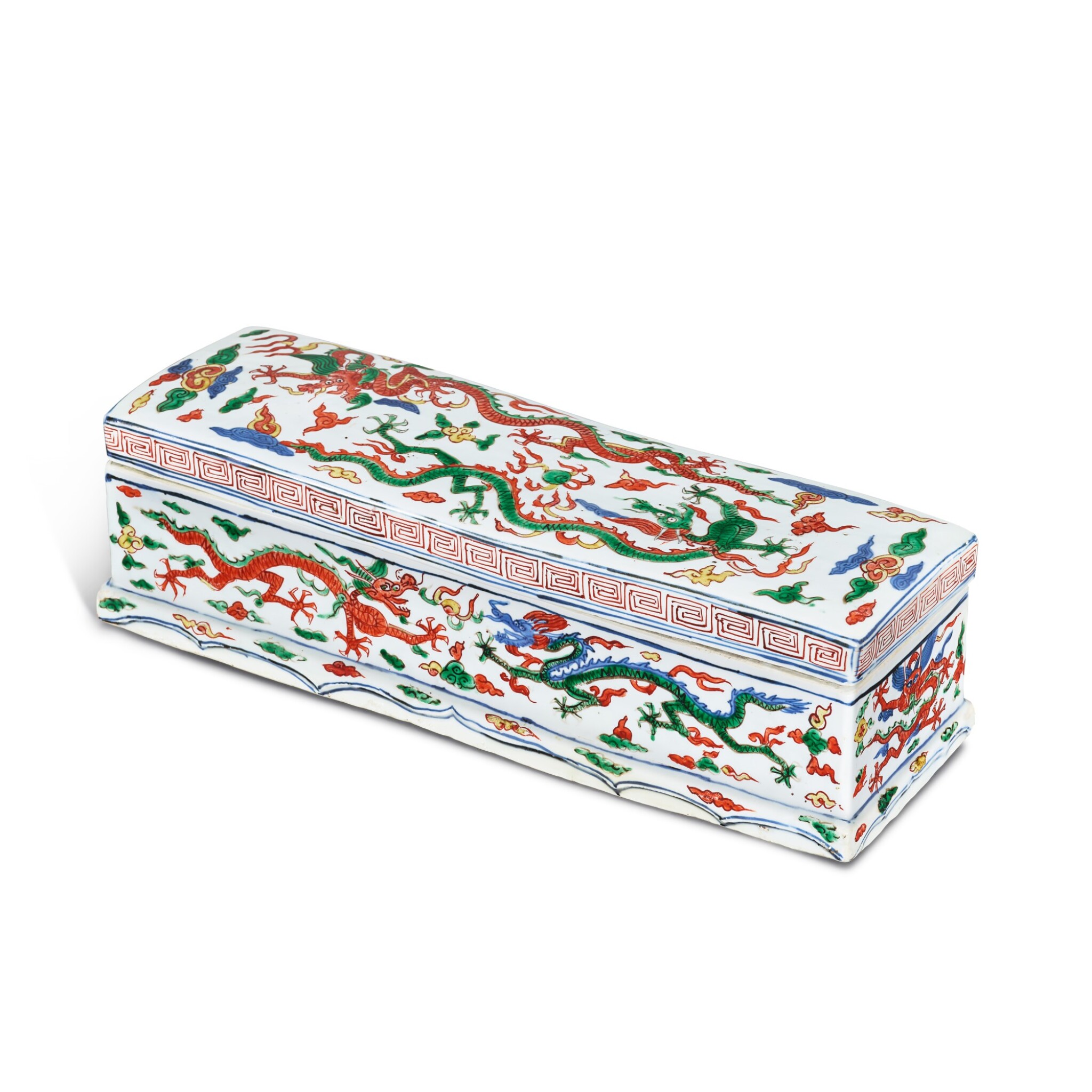 Property from an Important Collection 顯赫收藏

A rare wucai 'dragon and prunus' rectangular box and cover

Mark and period of Wanli

An important Asian collection, acquired in Tokyo, circa 2000.

Painted in brilliant enamels with confronting five-clawed dragons on the exterior, decorated on the interior of the cover with a sprig of prunus blossoming under moonlight, the present box is extremely rare and there are only a handful of known examples.

There is a closely related box painted with figures on the exterior and only a single sprig of prunus on the interior in the Palace Museum, Beijing, illustrated in The Complete Collection of Treasures in the Palace Museum. Porcelains in Polychrome and Contrasting Colours, Hong Kong, 1999, pl. 39.

Compare also a blue-and-white box of the same design, similarly painted with prunus below a crescent moon on the interior, from the collections of the Reverend J.F. Bloxam, Mr and Mrs Alfred Clark, Mr and Mrs Frederick M. Mayer, and T.Y. Chao, exhibited in the International Exhibition of Chinese Art, Royal Academy of Arts, London, 1935, cat. no. 1985, and sold in these rooms, 19th May 1987, lot 242.