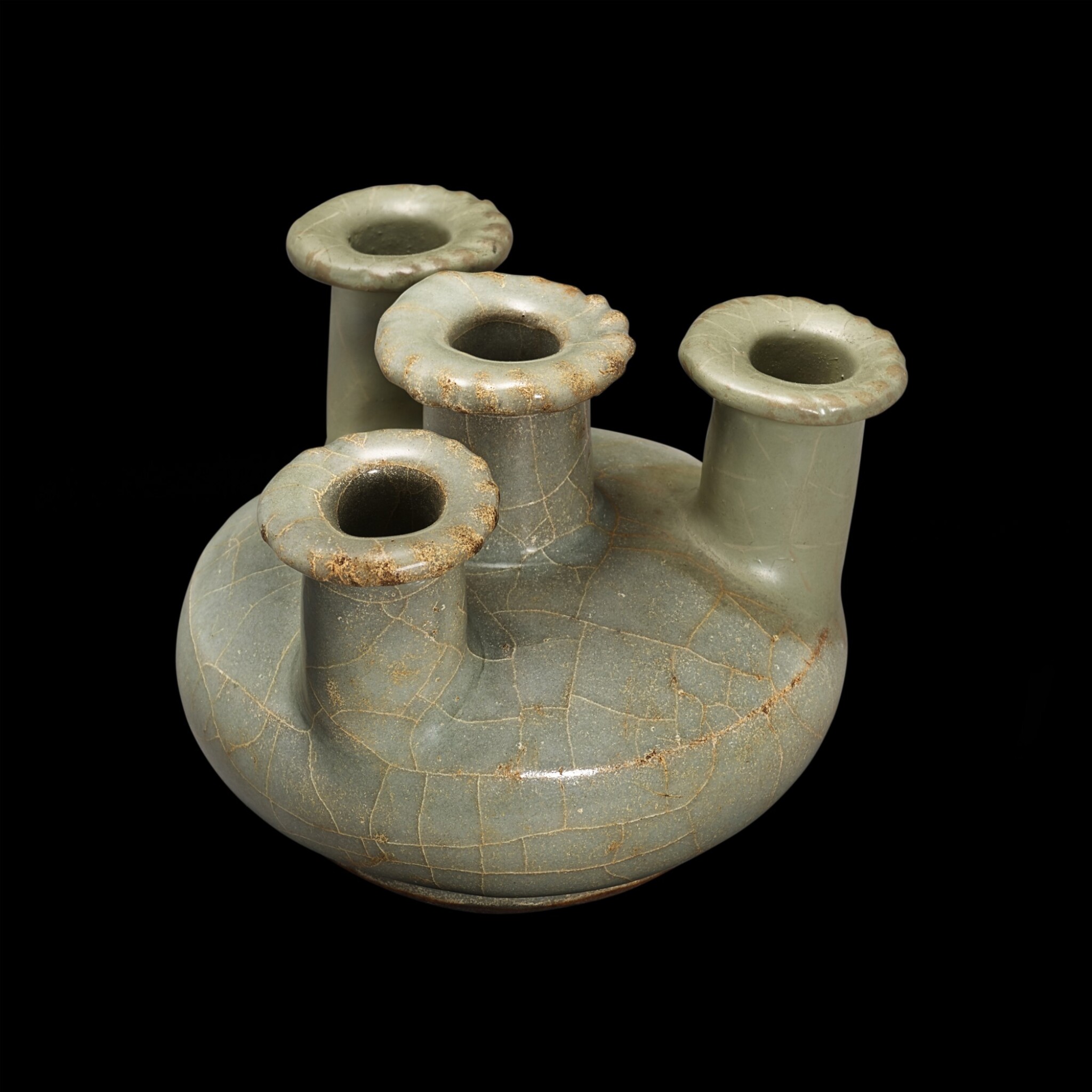 As visible in the catalogue photo, two of the spouts have been professionally restored with overpaint. There are expected glaze crackles and shallow flakes to the footring.

Guan ware, the fabled 'official ware' specially created for the imperial court of the Southern Song in Hangzhou in south China, is characterised by sophisticated simplicity. The exquisite glaze of the current incense holder was achieved through gradual application of multiple layers, the distinct crackle probably provoked by a well-controlled cooling process after the last firing, giving the whole piece a gem-like appearance, as if carved out of one boulder of a fine jade-like stone.

A closely related example, originally from the collection of Richard Bryant Hobart, was sold at Parke-Bernet Galleries, Inc., New York, 12th December 1969, lot 202, and again in our New York rooms, 22nd March 2011, lot 176, from the collection of J. T. Tai. It was included alongside the current example in the exhibition Ju and Kuan Wares. Imperial Wares of the Sung Dynasty, Related Wares and Derivatives of Later Date, Oriental Ceramic Society, London, 12th November - 13th December 1952, cat. no. 59.