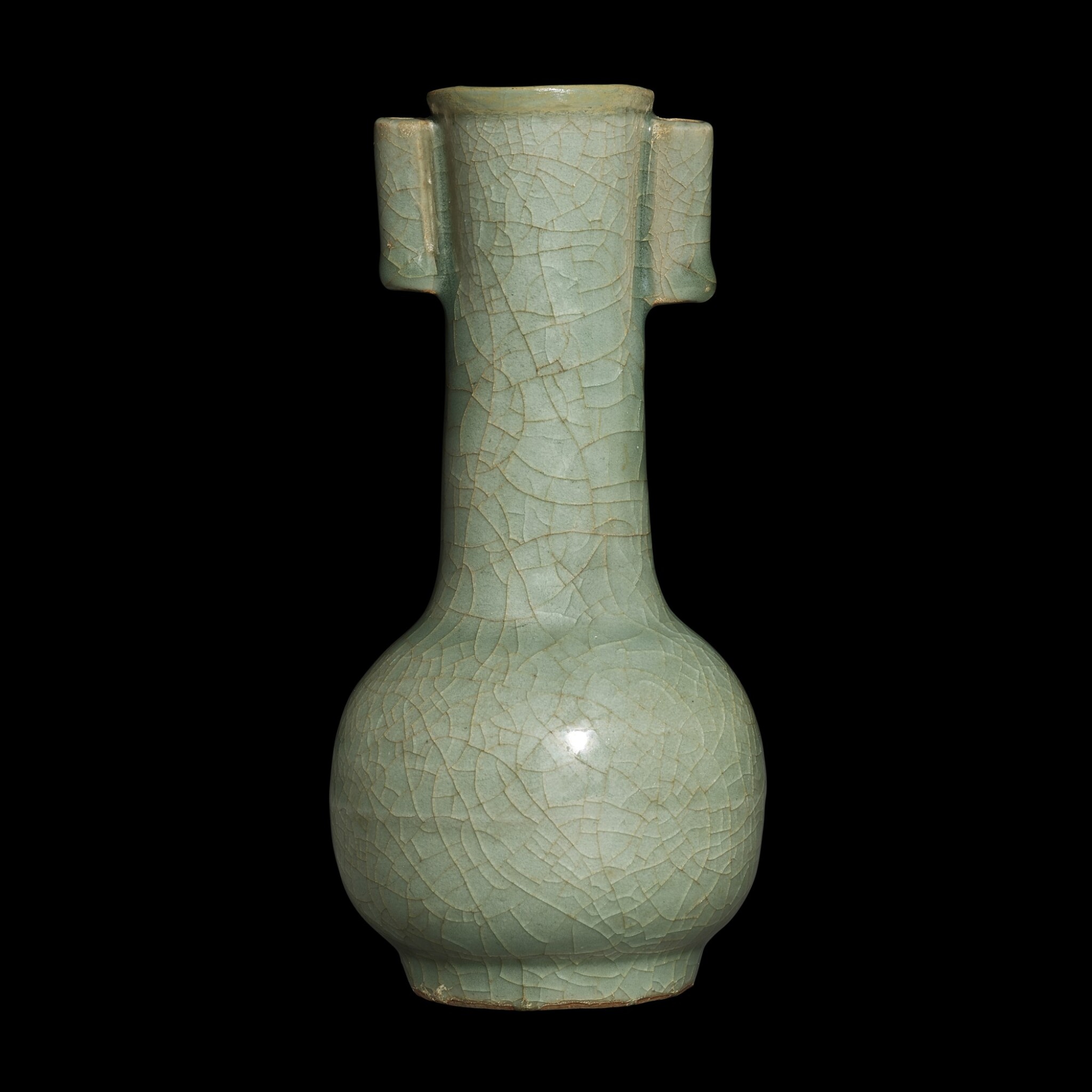 As visible in the catalogue photo, there is a shallow retouched area to one side of the rim. There are expected light surface scratches and typical firing imperfections, including an approx. 0.8 cm flaw/grit to the other side of the rim and a faint body line to the footring.

Starting around 1200, the Longquan kilns began to imitate the Guan wares produced at Jiaotanxia. The imitations were produced in two types. For the first type, the Longquan potters mixed zijintu (purple-gold clay) into the body and induced a widely-spaced craquelure, so that both the glaze and the dark body would conform to the aesthetic qualities of the Guan original. For the second type, to which the present example belongs, the usual pale grey Longquan clay was employed and the focus was on imitating the thick body, glaze colour and craquelure of Guan wares. Imitation-Guan wares of this second category have the burnt-orange colouration at the unglazed foot that is characteristic of Longquan wares in general.

Other small, faceted Longquan vases attributed to the Song and Yuan dynasties include a square-section pear-shaped vase formerly in the collections of K.M. Semon and Frederick M. Mayer, illustrated in Warren E. Cox, The Book of Pottery and Porcelain, vol. I, New York, 1944, p. 148, and also in Regina Krahl, Chinese Ceramics from the Meiyintang Collection, vol. I, London, 1994, pl. 553.